Week 2 of our March Madness selections.  This week, we’re highlighting our favorite movie deaths of all-time.  BE WARNED!!!  We’re about to spoil the crap out of movies you should have already seen.

Tina, A Nightmare on Elm Street 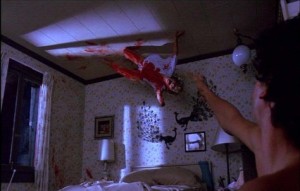 A horror movie death had to find its way onto this list, so it’s only fitting that it would come from a film series synonymous with creative ways of offing its characters.  The original has a few great death scenes to choose from, including Johnny Depp turning into a fountain of blood, but for me, Tina’s death takes the prize for the best death in the film.  The innovation that went into the scene of rotating the room instead of the camera (you’re welcome, Inception) makes this death scene memorable, creative, and terrifying. 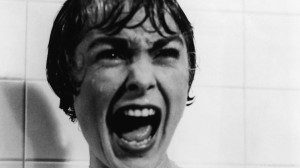 There are a lot of great death scenes in film, but nothing quite as iconic as the one featured in the original slasher film.  A beautiful marriage of storytelling, editing, music, and utter shock, the story of Alfred Hitchcock’s career will forever begin and end with that 45 or seconds of film.  Bernard Hermann’s score really makes this scene and without it, it stands to argue that we probably never would have had John Williams’ theme for Jaws, which owes a lot to the effect felt in Psycho.

What’s.  In.  The.  Box.  Few questions conjure up film moments so vividly as “What’s in the box?”  I remember the uneasiness I had while watching this scene from Se7en for the first time.  It’s an overwhelming sense of dread when you put together the final piece of John Doe’s puzzle.  I can’t think of any scene that leaves you more conflicted either.  You don’t want to see John Doe complete his “masterpiece”, but you want nothing more than to see him get blown away; especially when he practically gloats that he killed Tracy while she was pregnant.  If you could, you’d kill him twice.