It’s Week 3 of our March Madness picks.  This time around, we’re selecting our Final Four of guilty pleasures.  We all have those movies and TV shows that we know we probably shouldn’t enjoy as much as we do, but we just can’t help ourselves.  They’re the empty calories of pop culture and sometimes, it’s just what the doctor ordered.

Jay and Silent Bob Strike Back

The comedy duo of Kevin Smith and Jason Mewes come together  to show off their legendary (depending on who you are) characters Jay and Silent Bob in the first movie to actually highlight just them. What follows can basically be summed up in three words: Inside jokes and cameos. But to me that’s what makes this film so great, some respected (and not so respected) actors turning up just to have a goof. Plus it’s a story about a couple of good ole Jersey boys trying to make it to Hollywood, so it holds a special place in my heart. 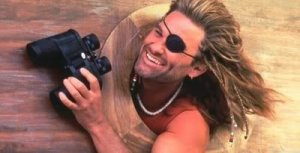 I think the only reason why I love this movie so much is because my father really, really enjoyed it. He would always get excited when he saw it was going to come on and tell everyone to shut the hell up! Ah memories.  The movie stars everyone’s favorite Canadian, Martin Short, and Kurt Russell playing the drunken one eyed captain. Russell steals this movie with his charm and charisma and his laid back attitude even when his ship is being thrown about the ocean during a massive storm, or when he is being attacked by real pirates of the Caribbean. 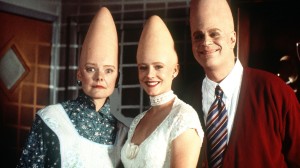 Another Canadian showing up in the same Final Four category, have I gone mad!? That’s for you to decide, but Dan Aykroyd and Jane Curtin reprising their famous SNL sketch is pure comedy gold. This is when SNL movies were still pretty damn good, and they didn’t star Andy Sandberg. What made me love this film was pretty much it was the cast of the SNL from the 90’s mixing with older cast members, and seeing such up-and-comers as Chris Farley, David Spade, and Adam Sandler mixing it up with the legends of yesteryear makes this one of the best SNL movies to come out. 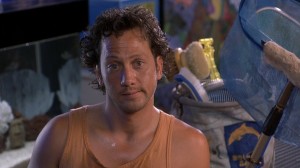 I say any of his films because I know how much this man annoys the editor, so I felt I would take this opportunity to get him going. I will be the first to admit that Rob Schneider is a terrible actor, and that his movies are absolutely ridiculous. But to me that’s the fun with some of these movies, he’s such a lovable loser and sometimes you feel bad for him. Whether he is stuck in the body of Rachel McAdams (lucky bastard) in The Hot Chick, or is banging one legged women in Deuce Bigalow Male Gigolo, Rob Schneider deserves our respect as an actor!