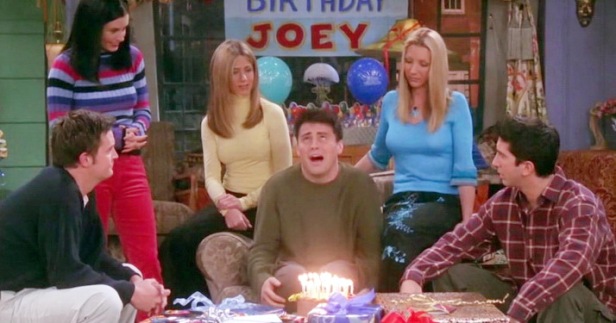 This first week of July not only marks the birthday of America, but it is also the same week as my birthday (July 2) as well as contributor Mark (July 6).  So with all these birthdays happening this week, I felt it was only appropriate to make it the theme for this week’s 5 for Friday.  I tried to find good moments from movies, but they were lacking once you got past Sixteen Candles.  So here’s what I thought were the best of the best in terms of television.

5. Tony vs. Bobby, The Sopranos 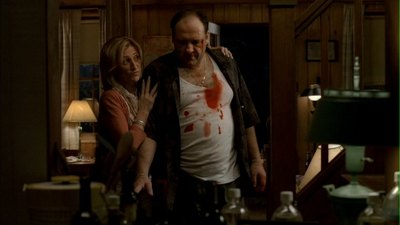 Throughout the show’s run, Tony Soprano could count on a single hand how may people in his life he could truly trust: Silvio, Paulie, and his brother-in-law Bobby.  For being a gangster, Bobby was an upstanding guy: he never killed anyone, never cheated on his wife, and was as dependable as they came.  Of course, his “first” had to come some time, and that happened to be after a dust-up with Tony during a birthday game of Monopoly.  Bobby gets the better of Tony in the fight, but Tony isn’t one to lose outright, choosing to send Bobby to Canada to get his first kill is just his way of saying “don’t fuck with the king”. 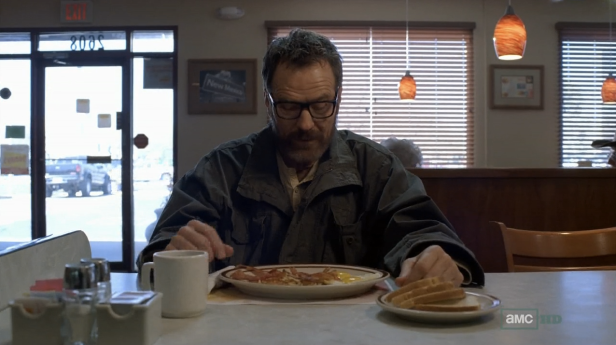 Breaking Bad started its series run at Walter White’s 50th birthday, and in a moment of poetry, the fifth season opens on a flash-forward of Walt’s 52nd.  Alone in a Denny’s, he makes the 52 out of bacon, the same way we saw Skyler do so for the previous two birthdays.  Using a pseudonym and making a suspicious drop off with an old associate, the flash-forward is shrouded in mystery and one is led to believe that it’s merely a sneak peek as to what the final episodes have in store for us. 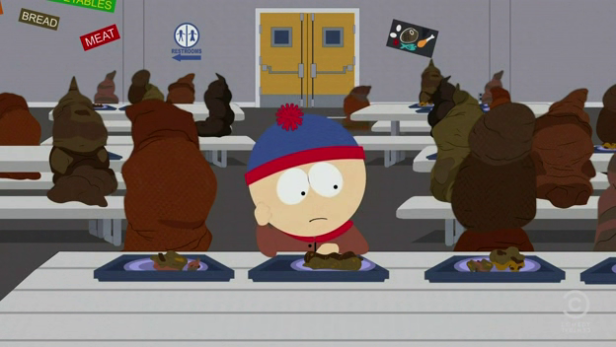 There comes a point when your birthday isn’t exactly what it used to be.  You’ve grown out of the cool birthday party opportunities that other people plan for you and you’re now faced with the fact that your birthday is important to you and maybe your mom.  Unfortunately for Stan Marsh, it happens when he hits 10.  Stan has a bit of a 10-year crisis, when everything he used to love literally looks and sound like shit to him.

This is an interesting episode because South Park, while it’s always been right on target with social commentary, has rarely steeped itself into the level of emotion of this episode.  They aren’t subtle about the message of this episode, making a poop joke out of the inevitability of growing up and feeling out of place in the world you used to feel so comfortable in.  The use of shit is more that toilet humor; it allows Trey and Matt to be frank about the idea of growing up and how hard it can be.

2. George is a Coward, Seinfeld

George Costanza is far from the perfect human being.  He’s selfish, superficial, and above all, cowardly.  So it should come as no surprise that when he is faced with a chance to be a hero or goat, he invariably selects the latter.  It was a small fire, but George overreacts, knocking down an old woman and a handful of kids on his way to safety.  It’s one of the most iconic moments in the series’ history and is par for the course when discussing things we expect George to do.

1. Song for Lisa, The Simpsons

There are a few great birthday moments in the history of The Simpsons.  Whether it’s Mr. Burns ordering the Rolling Stones killed or Bart receiving a radio, setting off a chain of events and media circus that’s all too common in Springfield, the most effective birthday episode is the one that delves a little deeper into the relationship between brother and sister.  For her 8th birthday, all Lisa wants is for her big brother to show that he cares; when he can’t even deliver that simple request, the relationship seems doomed, even at such a young age.  Enter “Michael Jackson”: a well-meaning mental patient voiced by the King of Pop, himself.  In a series filled with musical moments, the song that comes from this scene is still one of the most emotionally rewarding.

One thought on “5 For Friday: TV’s Best Birthday Moments”