Get excited people, because Breaking Bad is a mere two days away from airing the second half of its last season.  I can hardly contain my anticipation for what can be one of the most epic finales in recent history.  A pessimist will say that I’m gearing myself up for massive disappointment, but I don’t care; I can’t help it.  Hopefully, by the end of the run, Breaking Bad’s finale will wind up somewhere on this list. 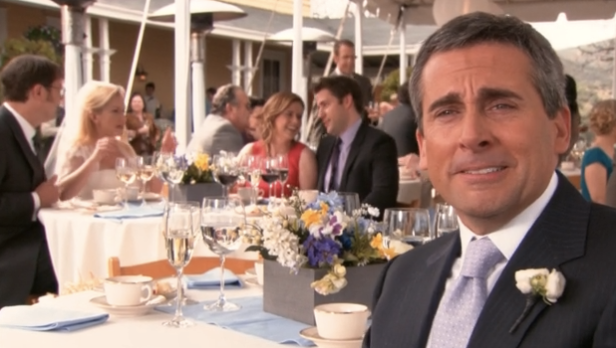 The endeavor to translate the brilliant BBC version of The Office was a risky one.  Many British shows try to make the leap, but no show quite had the global fan base already in place like The Office did.  For whatever reason, though, Greg Daniels was able to mine what he needed from the original and brought a show to the States that became its own entity and beloved in its own right.

I could see a casual viewer of the series tuning in and not appreciating everything the show has.  They’ll probably miss the tiny little callbacks to previous episodes like the fact that the stripper at Dwight’s bachelor party was the same one they hired in season three’s episode “Benjamin Franklin” or that Devon was hired back to replace Creed, who was responsible for getting fired all the way back in season two.  It’s little touches like these that just made the show satisfying enough for the regular viewer and a rewarding experience for anyone that watched the lies of these fictional characters evolve. 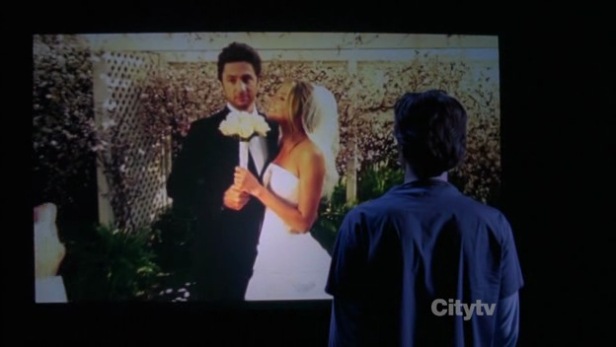 This is sort of a cheat, because though this was originally slated to be the last episode, the show was picked up, had a major revamp in the offseason, and was hardly the show it once was.

Scrubs was sort of sucking wind for a while as it started to run its course.  I’d point to the musical episode as the moment the shark was officially jumped.  After that, the show seemed possessed by trying to top it with unfortunate high concept episodes, including a medieval themed fantasy one.  With the end in sight, however, creator Bill Lawrence and the writing staff really seemed to come together to give the show a worthy finale, as JD moves on from Sacred Heart hospital, a place he called home for nearly a decade.  The touching finale ends with an inspired montage of past events that play out like home movies before JD’s very eyes.  It’s truly touching, and could have been the perfect period to one of my all-time favorite shows. 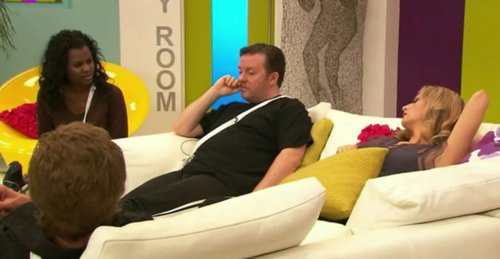 Not everyone has the clout to be able to come back after a hiatus with a feature-length episode of your show that serves as the ultimate sendoff for the show and its characters; Ricky Gervais does (or did) and like he did for his first series, The Office he brought his characters from Extras back for one last hurrah.

Unlike the UK version of The Office, the special episode feels less like an epilogue and more of a final chapter.  Gervais’s Andy Millman is struggling with the sort of fame he never wanted, and his Urkel-esque character has become the bane of his existence.  He loves the attention, though, as much as he hates to admit it.  But it’s misstep after misstep for him, ultimately leading to a rapid plummet of the radar of stardom, meanwhile alienating his one true friend.  It all leads up to him taking a part in the next installment of Celebrity Big Brother, culminating in one of the most blunt indictments of the celebrity business and one of the most heartfelt speeches ever given.

Truth be told, I was never a big fan of Six Feet Under.  I was probably too young to really appreciate its dark humor, but maybe, someday, I’ll revisit it and get a more mature take on the show.

My dad watched the show, so that means I caught a bunch of episodes and while I started watching it from the beginning, I never connected to the show until the very last episode.

You know you have a fantastic finale on your hand when someone that admittedly doesn’t completely appreciate your show is floored by the execution of how you decide to end it.  Six Feet Under’s finale is certainly one of the most powerful endings of all-time and worthy of the praise it has received over the years.

There.  I said it you bunch of haters.  You may bitch and moan about the ending not being satisfying, but then you just weren’t paying attention to The Sopranos throughout its run.  You were probably just a fair-weather fan that just tuned in to the last few episodes in order to satiate your own bloodlust.  Shame on you.

Fact is: the penultimate episode should have been enough for those that were looking for some crazy shit to go down: Bobby dies, Silvio gets shot, and Tony ends the episode with an assault rifle aimed at the door.  And anyone still wanting more death after we got to see Phil Leotardo get run over by his own car is just plain selfish.

“Made in America” is the perfect ending for The Sopranos because, well, there’s no finality to it in the same way that there’s no finality to the life Tony leads.  He’ll always be looking over his should for the next guy that comes around looking to take down the king.  But in the mean time, as Tony says “Focus on the times that are good,” because there’s always onion rings.

But somebody please teach Meadow to fucking park, please.

One thought on “5 For Friday: 5 Great Series Finales of the Past Ten Years”