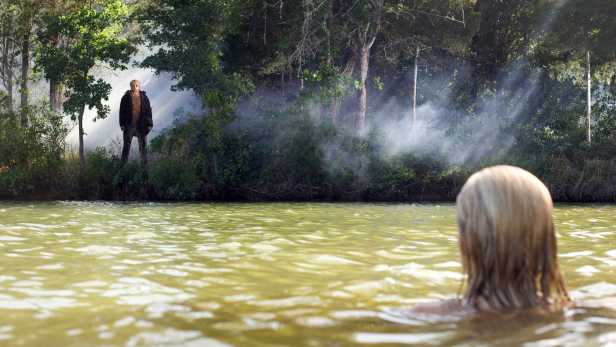 Happy Friday the 13th, everyone!  For those of us not heading up to Camp Crystal Lake for some good old fashion rogering in abandoned cabins, today usually means turning off all the lights and hiding under the covers as you watch some scary movies.  While your obvious choice would be to watch the Friday the 13th series, that starts to get old well before he tries to take Manhattan.  The Jason movies are always interesting to watch (Boobs), but if you’re tiring of Mr. Voorhees and his crazy ass mama, here’s some movies you may have missed or forgotten about.  Enjoy!

You don’t really hear to much about the Candyman these days, but when I was a kid, there wasn’t any trailer that creeped me out more than the trailer for any of the Candyman movies.  I think it was because I had some frightening experiences with the whole “Bloody Mary” game and it hit a little too close to home.  (I KNOW WHAT I SAW!)  Anyway, it was this double-pronged trauma that made it difficult for me to sleep in the same room with a mirror for nearly two decades.

Sort of in the same vain as A Nightmare on Elm Street, Candyman is a supernatural horror film and boasts really impressive imagery.  It’s also one of the few instances in which the backstory of the killer is tragic and gives the film an almost operatic arc.  Plus, you cannot beat the creepiness of Tony Todd.

4. All the Boys Love Mandy Lane 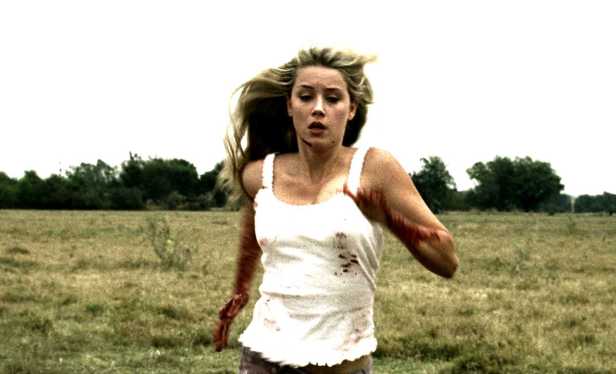 To me, it’s very rare that Hollywood comes out with a horror movie worth its weight in illegal pirated digital files, but I think All the Boys Love Mandy Lane is one of the few exceptions.  It’s a small budgeted movie with an unknown cast (even Amber Heard was virtually anonymous back in 2006), but it’s a very clever take on a genre that seems to grasp for the same playbook at every turn. 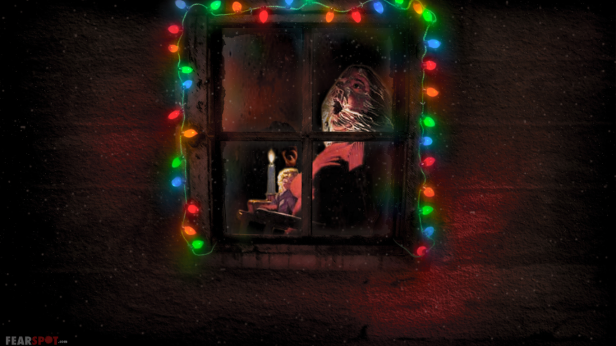 Of course, I’m talking about the 1974 original and not one of those many forgettable remakes that has plaqued the last decade of horror films (I see you, Carrie.) Black Christmas is of the rare breed of film that takes place in a sorority house but doesn’t have a sexy pillow fight, which is unfortunate, but it’s actually a well-made slasher movie that predates most of the heavy hitters of the genre.

For a low-budget slasher, it boasts a pretty impressive cast, including Olivia Hussey, famous for playing Juliet in the 1968 adaptation of Romeo and Juliet) as well as a pre-Superman Margot Kidder who plays a fun-loving sorority girl that doesn’t think a serial murderer should interrupt the party.  It even stars John Saxon as a police officer, because of course he’s a police officer.

Who said the French couldn’t make a movie that wasn’t all existential pondering voiceovers or sexy ladies bathing?  Not me, because I’ve seen High Tension (or Haute Tension to those that were waiting to correct me on that point.)

Before he made the supremely over-the-top and awesome Piranha 3D, Alexandre Aja made this sweet tale about sexy European lesbians, unrequited love, and severe mental disorders; everything a growing boy needs.  Before Eli Roth decided that gore was the wave of the future merely being held back by the restrictive nature of having a plot, Aja was able to sculpt a full story with some of the most gruesome kills we’ve seen in the past ten years.

1. Behind the Mask: The Rise of Leslie Vernon

Scream did a lot to turn the slasher film on its head, but it did it almost as seriously as the films which it was taking its cues from.  In contrast, Behind the Mask: The Rise of Leslie Vernon skewers the genre tropes in a tongue-in-cheek way, akin to something Edgar Wright would think up.

The film is shot like a documentary, which follows Leslie Vernon, a “real life” version of Jason and Michael Myers who treats his stalking and murdering of teens as his calling.  He talks about the importance of cardio exercises and what it means to finally find his “survivor girl”.

This is a movie that takes all the things you’ve become familiar with while watching the classics and somehow makes something fresh out of it.  It’s completely self aware and that’s, without a doubt, what makes the movie so charming.  You know, for a slasher movie, anyway.