You just have to put up with my Breaking Bad-inspired posts for just a little longer, I promise.

Breaking Bad is a story of a long Face-to-Heel Turn by Walter White.  If you aren’t familiar with professional wrestling terms, it essentially means he went from protagonist to antagonist.  It’s easily one of the best examples of this sort of transition.

Rather than list the best face-to-heel transitions and have Walter White inevitably come out on top, I decided to take the other side of the coin and look at the bad characters that turned over a new leaf.

Thanks to Lynn Whitley for this week’s idea.

5. Sideshow Bob, The Simpsons, “Brother From Another Series”

A heel turn for about a single episode, Sideshow Bob giving up his lust for killing Bart was almost hard to believe.  He framed Krusty, tried to kill Selma, tried to kill Bart on multiple occasions, and even tried to rig an election, so I don’t blame Bart and Lisa for being a little skeptical of the suddenly reformed Sideshow Bob.

This was the last great episode that featured Sideshow Bob and it’s an interesting change of pace to see him be the hero rather than the villain. 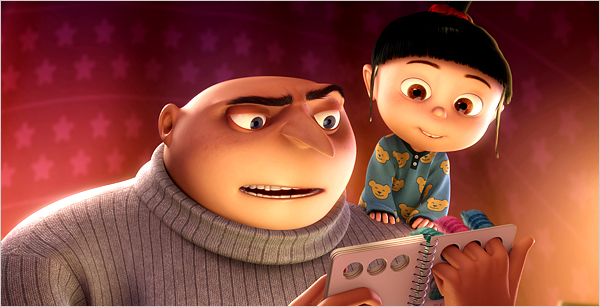 At the start of Despicable Me, Gru was… well, despicable.  In a world filled with super villains, he was one of them, and he had an army of super-cool minions to do his bidding; that’s next-level James Bond villainy stuff.  Once he starts spending time with the girls he winds up adopting, however, wouldn’t you know it, they bring something out of him that he didn’t think was even there: a goodness that is born out of him from having the responsibilities of a parent. 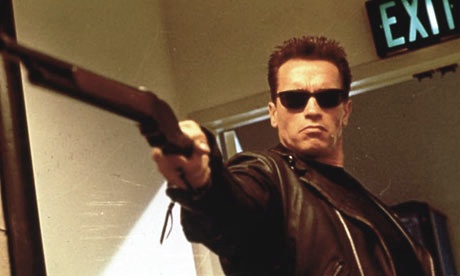 Now, if you’re looking to get super technical, this isn’t a proper heel turn.  The T-800 was destroyed in The Terminator and the one in T2 was not the same model.  The effect, however, to Sarah Connor and the audience, was essentially the same.  Arnold Schwarzenegger was a bad guy in the first one and a good guy in the second, so it’s an effective turn, regardless of how technically inaccurate it may be.

2. Darth Vader, Return of the Jedi

Darth Vader is one of the all-time bad guys in movies, so the fact that he redeems himself at the end of Return of the Jedi proves to be one of the biggest shifts ever.  All it took was some wrinkly-ass dude to electroshock his flesh and blood into a sniveling cry baby for Darth to reach deep into his robotic chest cavity to find the still beating heart of whatever was left of Anakin.  Proof, once again, that there is nothing more awkward than watching a grown man cry, son or otherwise.

It takes a cold heart to hate Christmas as much as the Grinch did; he’s so bad they wrote a song about it.  You may have heard it before.  Anyway, the Grinch was everything wrong with our nature to be both greedy and envious of those more fortunate than us and he wasn’t happy unless everyone else was miserable.  Now, I’m no psychologist, but something is definitely wrong with that train of thought.  Luckily, though, the Grinch sees the error of his ways at the end, as is customary in a Dr. Seuss morality tale.  The unadulterated joy of the Whos brought on by simply being together in celebration of such a wonderful holiday makes the Grinch see for himself why being a dick is just no fun.

7 thoughts on “5 For Friday: 5 Heel-to-Face Turns in TV and Movies”