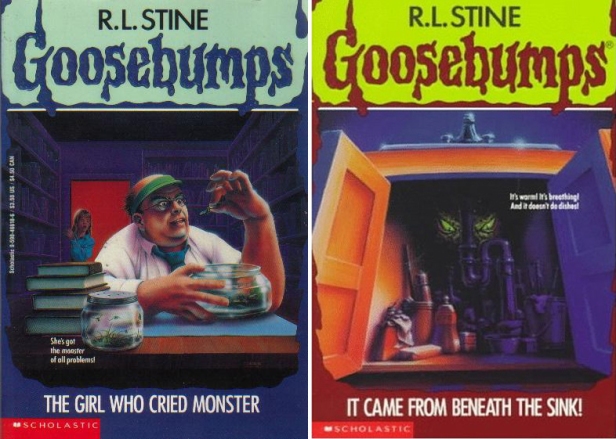 If you grew up in the early to mid 1990’s, you probably had a whole bookshelf full of Goosebumps.  The children’s book series by RL Stine was like our Harry Potter; it may have not been a sweeping epic of magic and friendship, but the books got a whole generation of children into reading.

In 1995, Fox launched the Goosebumps television show, which brought our favorite stories to life.  I remember getting really excited for the show and still remember the opening titles as if I were still ten years old.

For Horror Month, I’ve decided to dip back into the series.  I’ll be covering two episodes a week and maybe even finish the series well into the following months.

The Girl Who Cried Monster 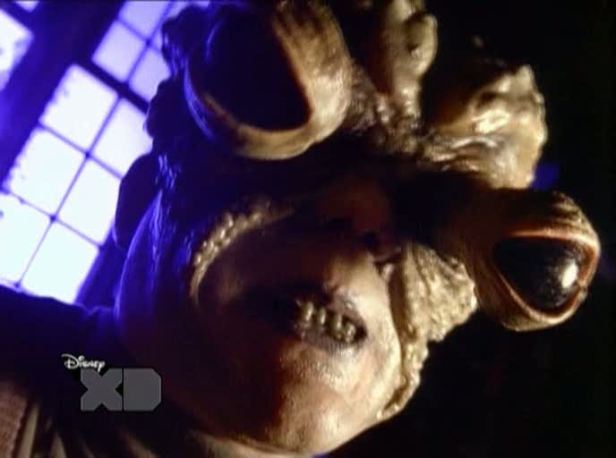 In case the title didn’t give it away, The Girl Who Cried Monster is basically the same structure as the classic story of the boy who cried wolf.  The main character, Lucy, is obsessed with monsters and when she’s not trying to scare the living hell out of her little brother, she’s in the library looking for the next story about ghost, ghouls, and goblins.  Things take a twist when she goes back to the library because she forgot her roller blades (Hello, 1990s) and catches the librarian, Mr. Mortman, in his true form: a hideous, bug-eating beast with gruesome eyes.  The rest of the story is her trying to prove that she is telling the truth, even when her best friend and family don’t believe her.

Spoiler alert (!), but the ending has a Twilight Zone level twist when it’s revealed that Lucy and her family are monsters, too. While we were meant to believe that her parents were skeptical because monsters don’t exist, in actuality, it’s because they haven’t seen another monster in decades.  It’s a bit of a cheat when you think of it because Lucy knows full well that she’s a monster but is legitimately terrified at the notion that Mr. Mortman is one as well.  That is, of course, if you don’t read this as an allegory of being gay in a predominantly conservative suburb where homosexuality is thought to be “evil”; an allegory that I just made up.

Also, this teaches you that the creepy guy that hangs out at the library is probably a monster in one form or another; so don’t let him drive you home in his van.

It Came From Beneath the Sink 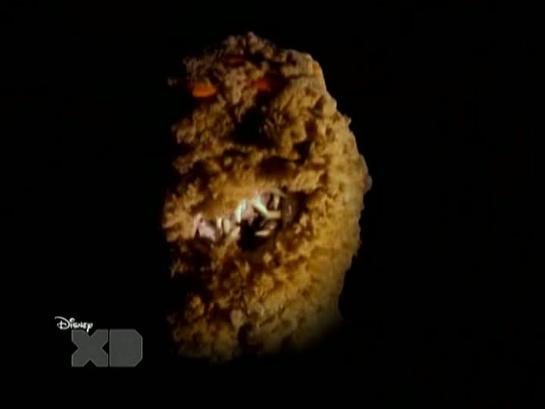 This is the second episode I watched that featured a young girl as the protagonist, which speaks to the reason why RL Stine had such a wide spread appeal to children.  Stine’s Goosebumps series had main characters from all walks of life and, whether based on race or gender, never seemed to leave one group of people out of the mix.  Bravo, RL!

It Came From Beneath the Sink stars future scream queen Katharine Isabelle (Ginger Snaps, Freddy vs. Jason) as Kat, a girl who finds a very strange sponge under the sink of the house the family has just moved to.  Immediately, bad luck starts to follow Kat and her family.  The dog runs away, her little brother cuts his foot on broken glass (I could’ve sworn he said “Fuck!”), and Kat crashes her bike.  It turns out the sponge is a creature that feeds on bad luck, sort of like the slime from Ghostbusters 2, but the kicker is that you can’t get rid of it or else you die.  The resolution is that Kat takes care of the sponge like a pet, which reverts the curse and the family is no longer struck with bad luck.

This is a silly story about a killer sponge, but it’s actually quite a good episode.  It doesn’t take itself too seriously, which is nice given the subject matter.