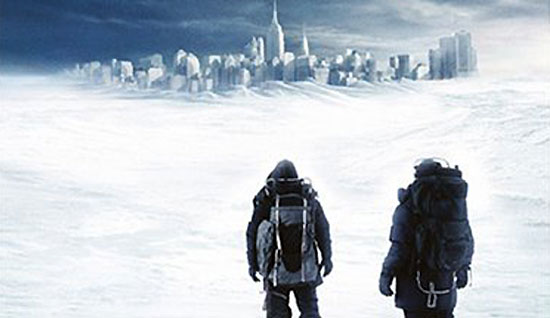 Now that Halloween is over, most of the United States have about six months of cold weather to look forward to.  While it may not so too appealing, cold weather can be an asset to a tone of a movie.  Snow and ice are a force to be reckoned with and wide-open white landscapes can be an amazing backdrop for your setting.  Here’s our picks for the best cold weather movies.  VOTE for your favorite at the bottom. 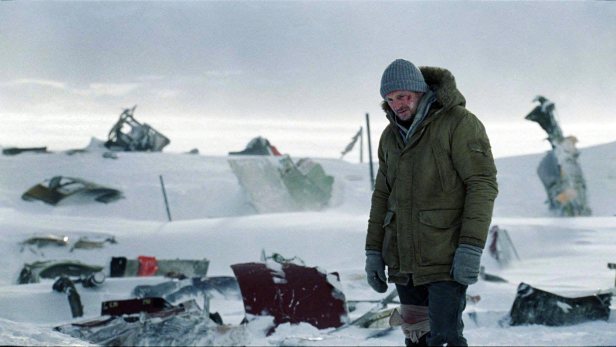 In this day and age in film history we see protagonists fight all kinds of things: monsters, psychopaths, even themselves, but the one enemy that can’t be fought is Mother Nature herself. How can someone combat against a hurricane or tidal waves or the weather of the world? The answer: they can’t.

There’s something so primal when watching a movie where the main characters have to struggle to survive against the elements. For instance, The Grey pits everyone’s favorite 60 year old action star Liam Neeson against not only a pack of wolves but also against the Alaskan tundra. After his plane crashes in the middle of no where, we watch as Neeson and his rag tag group of survivors march to find civilization. Along the way the group battles the terrain, animals, and the sub-zero temperatures and one member actually freezes to death which is a death you rarely see in movies anymore and I think it needs to make a comeback into pop-culture.

Mark’s Pick – The Girl With the Dragon Tattoo

You will find the word ‘chilling’ in most reviews for movies in the thriller genre, and in no movie is that term more apt than The Girl with the Dragon Tattoo. Both the Swedish and American versions capture the uncompromising feel of winter in Sweden, which subconsciously makes the audience feel more tense than usual. There’s something beautiful, yet terrifying, about a location that can be overwhelmed by blizzard in a blink of an eye, especially when you are searching for a psychopath. If this movie was set in any other season, I don’t think it would have the same impact. The weather is almost as vital as the plot.

While it is a cliché way to force your romantic leads to be trapped together, it is not as in your face in this film as you would think. The snow and sub-zero temperatures are a constant, not something that is mention in a one-off line. I really hate when movies have a character say, ‘boy, it’s getting really cold out,’ thankfully that never happens in the movie.  The Girl with the Dragon Tattoo is my Number 1 cold weather movie because it has as much to do with the tone of the movie as the writing and performances. It is rare when a basic crime thriller could only take place in one season, unless a season is explicitly named in the title, such as, ‘The Search for the Springtime Killer.’ That is what separates this film from the rest. 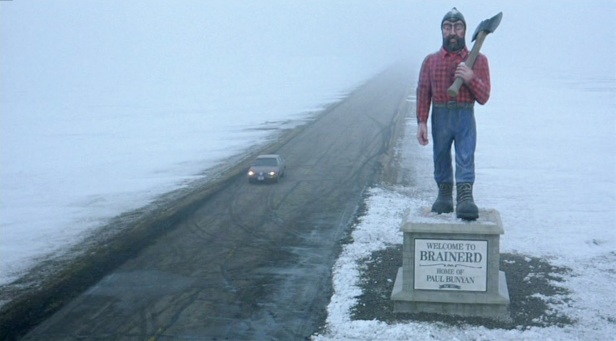 It seems like when the Coen Brothers set out to make a movie, they think of the color scheme first and every thing else second.  At the time, Fargo was by far their most violent film and to accentuate all the blood, the landscape is covered with snow for as far as the eye could see.

I can’t imagine what Fargo would be like if the movie had taken place during the summer months.  The stark white setting mixed with the occasional splashes of blood red is a visual treat and the photography by legend Roger Deakins is incomparable.

It’s not just the visuals, however; the weather is almost a character.  The bundled-up costuming just adds an extra bumpkin-ness to Marge Gunderson and the rest of the characters and Jerry Lundegard’s freak out while trying to scrape ice off his windshield is an all too relatable frustration.

What’s your favorite cold weather movie?  Vote in the poll below or comment with your answer.