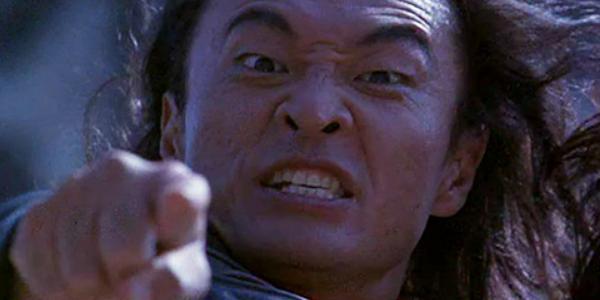 If you’re reading this right now, that probably means that you didn’t pre-order an XBOX One or Playstation 4.  Or maybe you’re one of those poor saps that got a PS4, but it wound up being a better paperweight than gaming system.  The Next-Gen consoles officially launched this week, and while some of us still wax nostalgic about the pure joy we had when we beat Super Mario 64 or the first time we played “Zelda’s Lullaby” on our ocarinas, kids and adult children alike are universally crapping themselves over having a chance to play the same first person shooters they already have in a slightly better rendered environment.

As popular as video games are, making the jump from the console to the big screen still seems to be something that hasn’t quite been figured out by Hollywood.  Sure, they churn out Resident Evil movies ever so often, but a movie Michelle Rodriguez dies in does not a good movie make.  Anyway, movie execs have been swinging and missing at this adaptation genre for a couple decades now and although most of them are pure crap, there may be some worth watching (?).  Here’s our picks and don’t forget to voice your opinion in our poll and in the comments.

I mean this with every inch of my being: I love this movie. Oh, it’s absolutely terrible without a doubt, but it’s just so damn over the top that it circles back around to greatness (also known as the Pootie-Tang Effect).

Based on one of the most popular video game franchises, Street Fighter doesn’t have a lot of street, but it has a lot of ridiculous fight scenes. The movie follows Jean-Claude Van Damm as he and his weirdly camouflaged army hunt down M. Bison (played amazingly by the late Raul Julia) before his plans to take over the world come to fruition.

What follows is just bad catch phrase after bad catch phrase and horrible acting on almost everyones part. Seeing Julia give his last performance and just dominating everyone else is worth the price of admission alone.

Video game movies are a barren wasteland of Uwe Boll and Paul W.S. Anderson films, and movies that look like they were made by 13-year-old boys. You would think that this genre would have a lot to draw from considering that — depending on the game — its source material has so much depth to it. Some games last 30-40 hours while others clock in at 5 hours, either way there should be more than enough to produce a solid film. Survival horror is quite possible the easiest genre to create a movie from, but the Resident Evil films are un-watchable, and not just because of Milla Jovovich acting. So in a sea of awful movies, my favorite (or at least the one I watched the most) is Silent Hill.

For anyone that has ever played the game, Silent Hill leans very heavily on its creepy atmosphere, and Christophe Gans was able to bring that tone to the film. Silent Hill, the town, is replicated exactly as I would expect from a Hollywood movie.  Where they really got it right was when they went into the “evil” world that exists within the town. It was as grimy as you imagined when you played the game on the PlayStation and its poor —by today’s standards — graphics. A commitment to the source material is what raises this movie above others in the genre, and allows it to be passable as a film.

As videos games themselves become more cinematic, I believe it is only a matter of time before their film counterparts begin to hit their stride in Hollywood. It wasn’t that long ago that people laughed at the superhero genre, but now those films regularly make over $100 million dollars. All it takes is a great filmmaker and the right material, and video game movies will become a viable (and moneymaking) art form in the mainstream. Just please don’t make Gamer 2.

Finding the “best” video game movie proves to be a difficult task.  Have you ever actually looked at a list of movies based on video games?  When you compile a list in which Resident Evil is a serious contender for the best of the lot, it’s a shit list.  Honestly, I haven’t seen many of these films, so I have to pick the one I have the most attachment to: Super Mario Bros.

When you talk about movies that disregard source material, you don’t really have to look much further than Super Mario Bros.  The whole film is so misguided that it’s difficult to decide where to begin.  The goombas are tiny-headed lizards instead of mushrooms, King Koopa is a sleazy nightclub owner, and Luigi is John Leguizamo.  Sure, the NES versions of the Super Mario Bros. series may not give you a lot, in terms of a full-fledged plot, but asking it to be a little more than this dirty world version of video game legends is not asking too much.

The biggest problem is tone.  The video games are perfect for children: bright colors, simple controls, and a cartoon mascot.  Somewhere along the line, the execs forgot whom they were making this movie for and decided to create this dystopian dinoworld that left kids confused and probably frightened of Dennis Hopper.

Also, I realize that I’m picking this as the “best video game movie” and I have absolutely nothing nice to say about it.  Deal with it.

Which video game movie is your favorite?  Vote in the poll or comment with your answer.