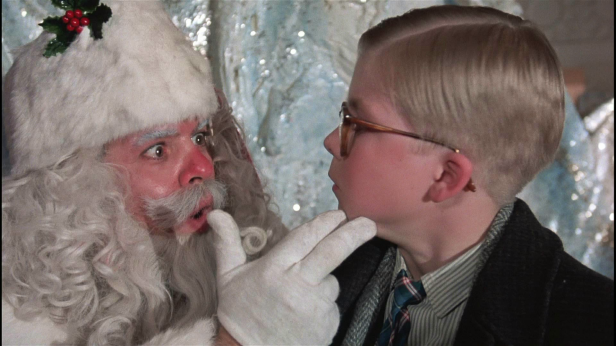 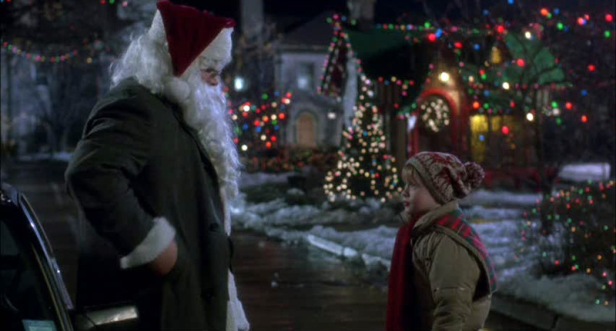 When I found out that we here at The Main Damie were doing this week’s Number 1’s on our favorite movie Santa’s and not Paul Walker, I was outraged. After that passed, I became very nostalgic thinking over all the great Christmas movie Santa’s that have come and gone over my lifetime. Was I going to go with the classic A Miracle On 34th Street or maybe a more modern day classic like The Santa Clause? Then I thought of one of the very first Santa’s I had ever seen in the movie theater, and that would be the guy from Armageddon.

Did he actually portray the real Santa? No. Did he spread joy and cheer wherever he went? Negative. But he did try to preserve the mystery of Santa Claus when Kevin came to him in desperation asking for his family back. This man could of went on his way without a seconds thought of Kevin and his problem, but he gave him hope and said he would relay the message to the big man. And don’t forget he did all this after finding out he had just gotten a parking ticket on Christmas Eve. This man is more of a saint that the real Santa Claus. 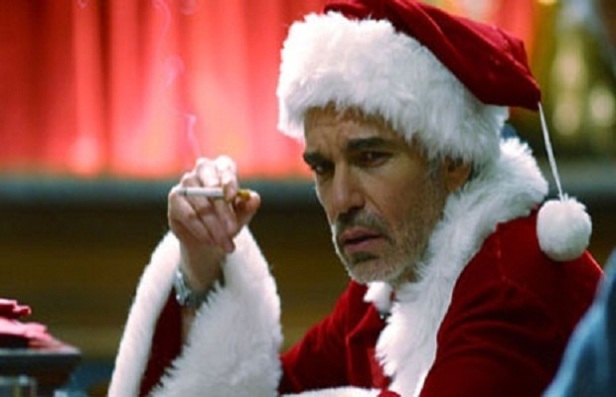 If I were making this choice when I was a child, I would have probably chosen Tim Allen from The Santa Clause or the St. Nick from Rudolph the Red-Nosed Reindeer. But as I’ve grown up, my taste has obviously changed and I began to enjoy the Anti-Santa; the character that is complete opposite of the traditional jolly fat man in a red suit. This would explain why my choice for No. 1 movie Santa is Billy Bob Thornton from Bad Santa.

Thornton plays quite possible the worst mall Santa of all-time. He drinks, smokes and has sex with random women in the mall. He is not the man we’ve come to know in the Christmas carols. Every aspect of his character’s personality is so over-the-top terrible that he becomes more lovable than disgusting. Maybe it was the writing or maybe it was the brilliant, go-for-it in every scene performance of Thornton, either way, Willie is one of the most memorable characters in the long history of holiday movies.

What stops his character from being too flat and two-dimensional is that his awfulness comes from a realistic place. He’s not a jerk just to be a jerk, but rather he doesn’t possess a filter because he doesn’t really care about the people he interacts with except for his elf — and partner in crime — Marcus, played by the criminally underrated, Tony Cox. It is only when he meets social outcast, “The Kid”, that we see the caring side of Willie that he tries to hide from the world. Without this peek behind his curtain, this character would quickly wear out his welcome and become unfunny very quickly, like most of Jim Carrey’s characters. Being able to have something to latch onto as we root for him to have success as the movie progress is what makes him the No. 1 movie Santa. He feels like a real person while still delivering a traditional Christmas message, but in his own way. 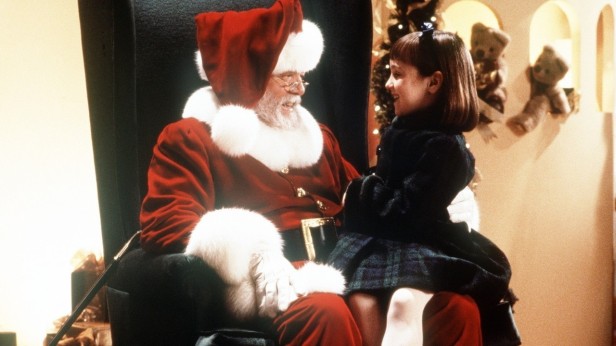 Seeing as how my compatriots have both gone the offbeat route to an extent with their picks, I feel it is my duty to bring this article back to some sense of sanity.

Sir Richard Attenborough is an Oscar-winning director.  He’s had a great career both in front of and behind the camera, and in 1994, at the age of 71, he may have landed his most iconic role: Kris Kringle.  Now, the remake to A Miracle on 34th Street may not be the greatest Christmas movie ever.  It’s sort of a time capsule to a confusing American era when Mara Wilson was Dakota Fanning before Dakota Fanning and Elizabeth Perkins was pretty hot.  However, a year after Attenborough was primarily responsible for the death of more people than Charlie Manson ever killed as Dr. Hammond in Jurassic Park, the old vet actor redeemed himself as the most charming Santa Claus to ever grace film.

What makes any incarnation of A Miracle on 34th Street an instant classic is the optimistic nature of the story.  The film, as it sets the precedent that Santa Claus is real, encapsulates the true magical spirit of the season and it is Christmas at its most pure.  Richard Attenborough’s performance is genuine, as he reacts to people not believing in him as if they are the crazy ones.  The film is sweet in its demeanor and Attenborough is a big part of that.

Plus, he’s a Goddamn Sir.  Bitches.

Who’s your favorite Movie Santa?  Vote in the poll below or comment with your answer.