We spent last week discussing various superlatives for the year in television.  This week, we’re kicking off our Year-in-Review of cinema with our top Film Performances of 2013.  While we still have a few major films to check off of our lists, these performances stood out the most.

Since I couldn’t fill this list with the entire cast of American Hustle, I almost considered writing Christian Bale five times and handing it into Anthony. But alas, I was able to compose a list of the five best performance of the year with only one coming from American Hustle. Honestly, it wasn’t as hard as you would think.

He continues to amaze me in every movie he’s cast, and it is one of those occurrences that I know will eventual stop, but I do not want it to. Bale finds a way to make a character that could have been played with a thick layer of sleaze, feel very human. Irving Rosenfeld is a con-artist in the purest sense of the word, and he is very, very good at it. It’s a testament to David O. Russell’s writing and Bale’s acting that the audience cheers for the criminal rather than root against him.  What separates this performance from the rest is that Bale makes us feel the character, and by the end of the movie we begin to believe that Irving is a real person and begin to care for him. It’s a special thing when an actor makes you suspend belief naturally without you even realizing it.

I could have easily given her this spot for American Hustle, but I truly think that the job she does as Young Adult Novel Heroine, Katniss Everdeen, is far more impressive. The more I see Lawrence play a protagonist from a series of book that is lumped into the same genre as Twilight, the more I realize what awful, awful job Kristen Stewart did as Bella Swan. It proves my point that just because the book caters to a certain segment of the population doesn’t mean that your film needs to suffer because of it. This is a statement that I will probably rehash when we discuss our best movies of the year.

What makes Lawrence’s performance so good in Catching Fire is that she finds the right balance between strong, fearless Katniss and naive, overwhelmed Katniss. Her character is far from perfect and she lets her become a beautifully formed 3-dimentional protagonist rather than your typical young female heroine whose only expressed emotion is revenge. Her performance in the District 11 scene is so heartbreaking that you couldn’t imagine this girl as the leader of the revolution. But that is the greatness of Lawrence: strong one minute, vulnerable the next.

Sam Rockwell, The Way, Way Back

Sam Rockwell falls into a very select group of actors that I will watch every single thing they are in. This group includes James Spader, Ryan Gosling, Christian Bale, Emma Stone and Jennifer Lawrence, and soon-to-be, Chloe Grace Moretz.

When the decision to see a movie one Saturday came down to The Way, Way Back and Elysium, it was a no-brainer for me, and thankfully, it was the better choice. Rockwell’s performance, and the movie itself, makes The Way, Way Back a must see film. The way he reigns in or ramps up the emotion given the circumstances is why he is one of the best under-the-radar actors of this generation. It is really hard to describe his performance in this film without using the word perfect, and it is one of those better to see it than read about it performances. Also, once you’ve seen this movie, please go watch Moon, you’ll thank me later. 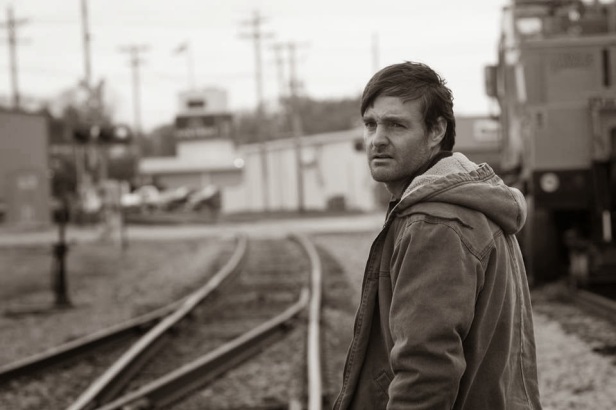 It is a well know theory of mine that the vast majority of comedic actors could be just as good in dramatic role if they choice to take those roles — vice-versa, not so much. Because of this, I tend to criticize these performances more than I would normally. Luckily, Will Forte passes his first test in the dramatic side of acting with flying colors.

Even before saying a line, he looks perfect for the role and appears to understand the exact tone of the film. The interaction between Forte’s character and his father, played perfectly by Bruce Dern, is one of the best on screen this year. Their relationship is where Forte’s background in comedy becomes a huge plus because the timing needed for the sarcastic one-liners is something that can’t be learned in rehearsals. I hope this opens the door for Forte to get more roles in both comedy and drama because he’s proven, at least to me, that he has the ability to be a lead if he’s given good material.

This choice is more because of how well he performed in the role than how transcendent the role itself was. For those that don’t know, Drinking Buddies was shot almost entirely without a script, which was something I didn’t know until after I had finished the movie.

What impressed me most about Johnson’s performance, as well as Anna Kendrick and Olivia Wilde’s, is that the situations felt very natural, which made the film feel more like a documentary than a film. If it wasn’t for cuts and the lack of breaking the fourth wall, the entire movie felt like a look-in on a group that works at a brewery rather than a movie about one. Even though Kendrick and Wilde were really good in their own right, Johnson did the best job of creating a three-dimensional character from nothing but improved scenes. His final two emotionally charged scenes with Wilde and Kendrick are some of the most realistic I’ve seen in recent years.

The hardest part about all the Oscar-caliber films coming out towards the end of the year is just trying to keep up.  The Wolf of Wall Street, Inside Llewyn Davis, and Dallas Buyers Club are still on my list of movies I need to see, so while those movies would change this list, they will sadly be left out.

Dane Dehaan, The Place Beyond the Pines

The Place Beyond the Pines is a movie in three parts.  While the first and second parts center on the flashy big names of Ryan Gosling and Bradley Cooper, the third act, which is arguably the most powerful, centers on their children.

Fifteen years after the events of the first two acts, the third one looks at the effect their fathers’ actions have on them.  Dane Dehaan shines as the son that grew up not knowing his father and in a film that features some of Hollywood’s finest at the top of their games, he manages to give the best performance of all.  The Place Beyond the Pines is a story about the ripple effects that our choices have on our lives and the lives around us, and no one is more affected by those ripples than his character.

It’s hard to pick a performance in American Hustle that truly stands out above the rest, but Amy Adams’ performance, as a woman playing a role throughout, has an extra wrinkle that sets her apart from the rest of her cast mates.  Adams playing Sydney who’s is playing Edith, a “British” con woman forced to work with the FBI to clear the corruption in various political offices.

While Bradley Cooper and Christian Bale are playing a character that is in it for their own personal gain, Adams’ character is the heart of the group.  She’s also the most levelheaded and can keep the volatile personalities involved in the sting in check.

While Upstream Color was the most complex and indecipherable film that I saw so far this year, it was also one of the most compelling and the performance by Amy Seimetz is the glue that holds it all together.

I won’t bother to try and describe what the film is about, but Amy Seimetz plays a character that cannot trust her own mind, let alone anyone around her.  In the first act, she loses everything, including the grasp of her own sanity.  It’s an effective performance that we empathize with because as she has no idea exactly what is going on, neither do we.  We are there in her shoes and her vulnerability takes over the film. 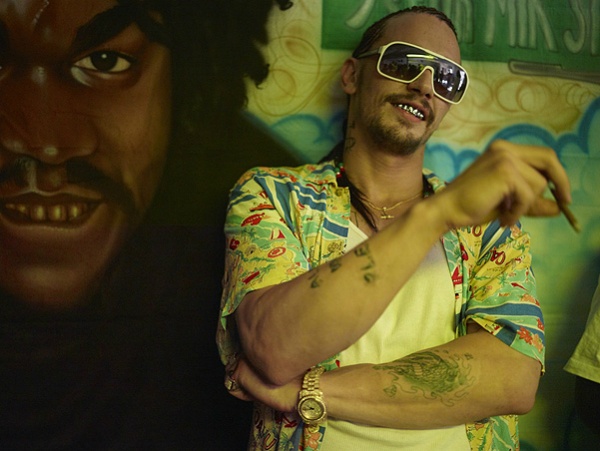 Remember when James Franco tried to pretend he wasn’t weird?  That was back when he pretended to be this generation’s James Dean and starred in movies like Annapolis.  Then in Spider-man 3, Tobey Maguire gave James Franco a concussion, he bonked Kirsten Dunst and six years later, he was Alien in Spring Breakers.

Spring Breakers is about as odd a film as Franco is a human being, but it is Franco’s performance that is what makes the film oddly satisfying.  Whether he’s listing the crap that’s in his bedroom or he’s leading a piano rendition of Britney Spears’ “Everytime”, Franco is electric and completely immerses himself into the role of a white trash rapper.

They call it the Cornetto Trilogy and while each of the films has definite things in common, each character that Simon Pegg plays is completely different.  In The World’s End, Pegg plays Gary King, a self-absorbed asshole that drags his old friends back into his destructive presence.

What is great about the performance is just how unlikeable he is able to make King.  The World’s End didn’t do well at the box office, but it caught on with fans of Pegg and Edgar Wright, so the fan base already has an expectation of Pegg and his natural likability.  King is so far removed from Pegg’s other characters that it is a pretty substantial transformation, even if you never forget that it is Pegg.