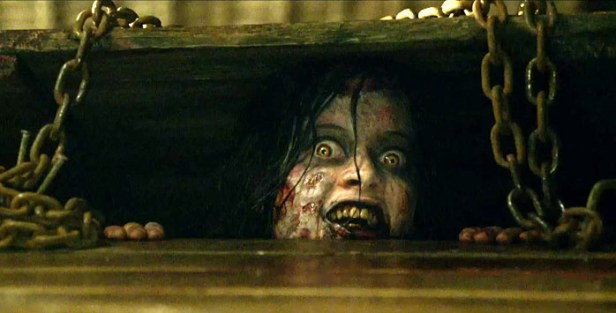 With all the remakes and reboots Hollywood has made me endure the past decade, this was the most shocking one to hear about. The original Evil Dead was of course a huge cult classic that was made on a shoe-string budget. Now with some capital backing it up, Alvarez set out to make one of the goriest, outlandish horror movies audiences aren’t used to seeing anymore. This film definitely had an 80’s feel to it in terms of campiness and use of practical effects, which is a trend that I hope (but probably won’t) make a comeback.

Based on one of the characters best story-arcs, The Wolverine has Hugh Jackman reprising the roll of the titular character, traveling to Japan at the request of an old friend to help him get rid of his curse that is his healing factor. It was nice to see Wolverine in a different setting and facing new problems without the aid of him being nearly indestructible. This film could have been much higher in the ranking had they not chosen to cut a couple of big action sequences in favor of more character building. Someday, someone will realize that Logan is a killing machine and not a complex character with moral issues like Batman.

Thor’s post-Avengers movie did wonders for the character. Considered one of the weaker characters in the superhero team as far as fandom goes, it was good to see that Marvel didn’t just throw this film out there to be another building block for the second Avengers movie. Rather, they took the time to advance the characters story and background and fleshed him out more. And of course, Tom Hiddleston’s steals the show as Thor’s stepbrother, the mischievous Loki.

I’ve always been a pretty big fan of buddy comedies, even though they have been wearing out their welcome as the years have rolled on, but This Is The End does not fall into that category.  Taking place in the present, we find Seth Rogan and his actor buddies face to face with the apocalypse and trying to wait it out in James Franco’s luxurious Hollywood home. With some of today’s best and brightest comedic actors running amok on camera, you would be hard pressed to get a better product than what these gentlemen gave us. Plus it has one of the greatest cameos ever, and it’s either Channing Tatum as a sex slave or the Backstreet Boys depending on the person you are (you freak). 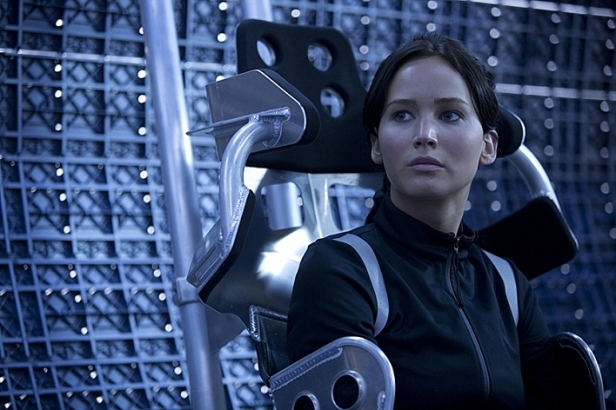 I love Jennifer Lawrence. I wish I could just end this entry by saying that, but it would be doing you a great disservice. The second installment in the Hunger Games series has Katniss and Peeta doing their victory tour around the other districts, all the while President Snow is secretly trying to find a way to eliminate Katniss so as to prevent another uprising on the capital. This flick caught me totally by surprise as it has way more of an espionage type of feeling to it. We see how important Katniss is to all of the districts that are brutally oppressed by the capital, and how her actions have triggered events that are bigger than her. 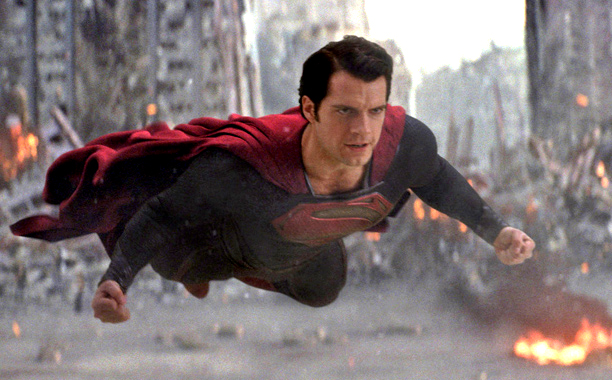 This movie could have been, and should have been so much better. Superman, the quintessential superhero of ours or any generation, simply cannot make a perfect movie. Even with all of its flaws, I still have to say I was impressed with how Snyder finally showed us what would really happen if Supes let loose and went toe-to-toe with another powerful enemy. Although he isn’t my favorite hero out there, and with Batman vs. Superman looming on the horizon, I definitely see a bright future for the man of steel.

I can’t remember the last time I was truly scared leaving a movie theater and then dreading to go to sleep that night. The Conjuring takes old tropes that you were used to seeing in older horror movies and somehow makes them fresh. Loud unexplained noises, objects randomly falling, and things going bump in the night are all present here as well as a few false scares, but when things get going, they escalate quickly. Easily one of the best horror movies to come out in recent memory; definitely give it a shot if you’re a fan of the genre.

Everyone always looks at me as if I have five heads when I say that Pacific Rim was one of my favorite movies of the year. I grew up watching the giant monster movies such as Godzilla, King Kong, and Gamora so this movie really appealed to my inner child. I knew going into the theater that this wouldn’t land any awards, but sometimes you have to look past that stuff and really enjoy a movie about robots battling monsters for the survival of mankind for what it is. 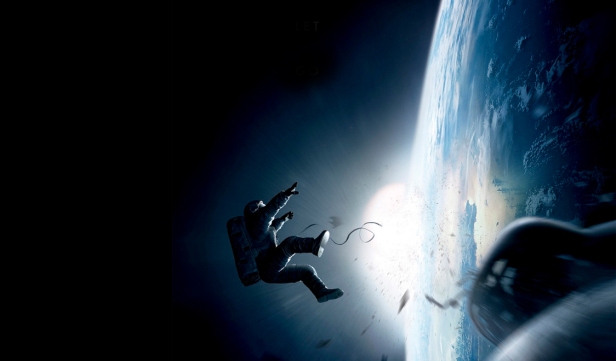 Gravity is a movie that demonstrates how terrifying space can be and how we should never try to go out there again!  Gravity is actually a brilliant mix of superb acting and beautiful visual effects as we experience an astronaut team making repairs to a satellite when disaster strikes, leaving two of astronauts (George Clooney and Sandra Bullock) desperately trying to reach an abandoned space station. When you finally think that the characters might be in the clear, another problem arises leaving them in even more danger than before, this movie truly is more a testament to the human spirit and its willingness to do whatever it takes to survive.

Okay, so this is the third super hero movie to grace my top 10 list and by now I’m sure I’ve lost most of your respect, but being an actual fan of the comic book and seeing the Iron Legion brought to the big screen still makes me giddy. Robert Downey Jr. does another great job as the self-proclaimed billionaire playboy philanthropist Tony Star, but this time we see a different side of him. After the events of The Avengers, Stark is having trouble sleeping and experiences severe anxiety attacks like any normal person would after battling gods and aliens. His whole world comes crashing down as his home is destroyed by an attack from The Mandarin and thus leaving Stark without any of his suits to help him solve his problems and fight back. After overcoming his trials and saving the day, Stark realizes he doesn’t need a suit of armor to be a hero and goes on his merry way to star in at least two more Avenger movies.