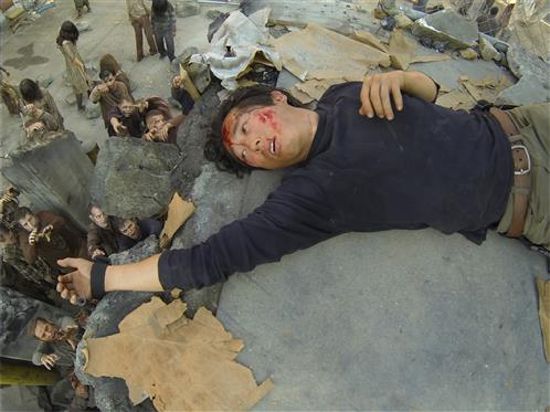 So far, so good for this half-season of The Walking Dead.  “Inmates” is a really well done episode that takes a different approach to the standard story line of The Walking Dead.  Rather than devote time to Carl and Rick or the group as a whole, the episode tackles a handful of stories separately, as the major group has now been torn apart after the destruction of the prison.

Maybe it was just fan service that just made the introduction of the three new characters, but when we first get a glimpse of Abraham, Eugene, and Rosita, it looks like they were posing for a picture on the Comic-Con floor.  It’s possible that they’ll seem more natural in the coming episodes, but with the mullet, defining goatee, and Latina sexiness, they don’t seem to inhabit the same world in which the other characters have already lived in for 3-and-a-half seasons.

2. Lizzie is Going to Do Something Really Bad

There are plenty of ways to try and quiet a crying child.  You can rock it gently.  Maybe you can shush it or find it something to chew on or eat.  Last thing on the list is covering its mouth and nose.  I don’t have a child, but I did pass an honest-to-goodness college biology class and the first thing they told us is that babies love oxygen.  They love that even more than crapping their pants and putting an end to your dreams.

Lizzie’s young, so maybe you could argue that she doesn’t realize exactly what she’s doing… but that gleam in her eyes says differently.  If you’ve ever seen One Flew Over the Cuckoo’s Nest, Lizzie has the same look that Jack Nicholson has when he’s trying to choke out Nurse Ratched.  There’s already rumblings that this girl is responsible for those burned bodies in the prison, so let’s just say that the dead rabbit and Baby Judith’s close call seems like they will be small steps in a larger picture. 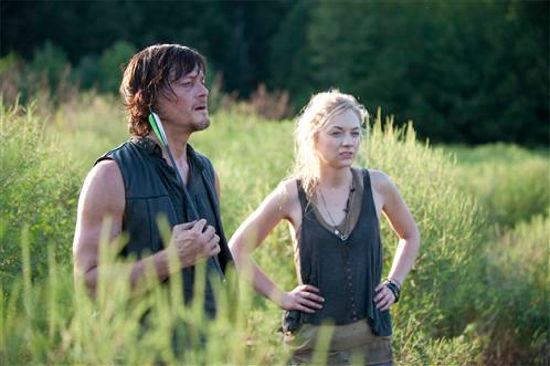 If there’s one character that is more or less forgettable, it’s whatshername- I mean Beth.  I think she tried to kill herself back in season two and then that plot line just turn into a Lori vs. Andrea Bitch-off.  Rather than focus on the girl that tried to kill herself, we got more time with some truly obnoxious characters.  It’s a shame, because it could have been a fine moment for her character.

In this episode, she gets paired up with fan-favorite Dale, though, in terms of story, there part of the episode is essentially meaningless.  It’s possible their story arc will come in the next few episodes, as everyone will assuredly meet up in due time, but for now it simply occupies space.   But her name is Beth, so that battle is over.