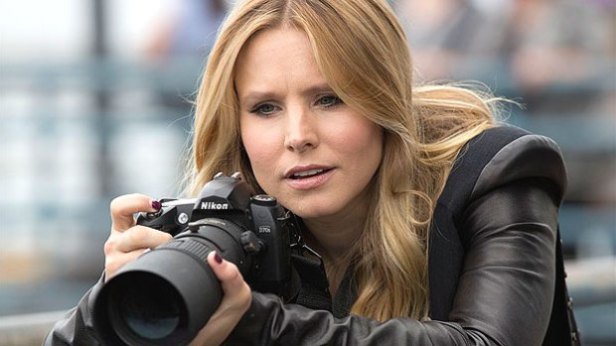 Fan service in the film industry is a double-edged sword when a writer makes lots of references and callbacks to moments in either the TV series or book, they will please the built-in audience, but they will risk alienating audience members not familiar with the source material.

The balance of making a movie which longtime fans would enjoy, while allowing it to be accessible for newcomers, was the main issue that Rob Thomas faced while making the Veronica Mars movie. Even if the film wasn’t funded by over 91,000 fans, the need to find balance would still exist, but not to the level this project demanded. The unprecedented external pressure that Thomas must’ve felt during filming could have very well lead to a poor movie, but it didn’t and that deserves praise unto itself.

The Veronica Mars movie, while not perfect, is the closest you can get translating a television show to a feature film. There were references to past plot events, characters and memorable moments but they didn’t overwhelm the film to the point that they became the movie. This was a very important choice by Thomas, and fellow writing partner Diane Ruggiero, because leaning too much to the reference’ s side would’ve been disastrous.

When Thomas first created the show back in 2004, his description of it was teen noir, which perfectly fit the series. While that worked when Veronica and her friends were in high school, it would not work with a mid-20s Veronica and her adult friends. This was the most underrated challenge in the project and one of the few things that wasn’t completely realized. The ability to transition from teenage noir to traditional noir is a lot more difficult than it would seem, even though it probably would not be noticed by the average movie goer. Thomas was able to hit on some aspects, but left others a little too lighthearted. The fault was more in the mystery as a whole rather than the moments within it.

Sure, there were dark and highly emotional moments, but only one of them —which was telegraphed— was during the overarching mystery of the film. One of the things that made the series great was its ability to let a mystery properly brew, but unfortunately that is something you cannot do in a two-hour movie. Because of this, the reveal of the killer appeared to come out of nowhere, and therefore it thrust the audience into the final act of the movie without much of a transition. While the story was very well told, it did feel rushed and some of the storylines appeared to only be there to set up future movies or a spinoff TV series. It felt like Thomas was pigeonholed to a runtime and tried to squeeze everything in to that timeframe. Not a horrible mistake, but one that is noticeable.

Despite the slight hurried nature of the final act and a half of the film, Veronica Mars was exactly what was expected from the moment it was announced. It was funny, romantic, and an emotional roller coaster ride from start to finish. While it may not attract as many new fans to it as Warner Bros. may have hoped, it does the one thing that it needed to do, which was satisfy the show’s rabid fan base. Because without them the movie would’ve never been made, and if this is the last time we see Veronica and company, it should be enough for any Marshmallow who donated money to the project.