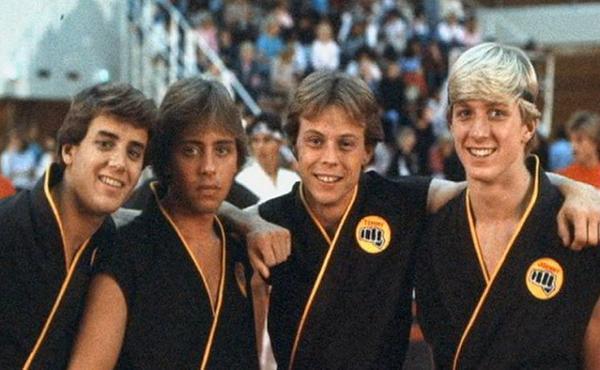 If you’ve managed to pretend for a long time that athletes aren’t a grab bag of some of the worst personality disorders you could bestow on a human being, these past few weeks were a scary reminder. Wife-beaters, child-beaters, cheaters, and assholes run amok. Meanwhile, the guy that likes to keep it mellow has to fight a year-long suspension. So here’s 5 guys that would fit in with all the other terrible people the world of sports attracts.

There was a disturbing trend in the mid-90s concerning kids movies about sports, and that was the fact that they liked to revolve around the fish-out-of-water tale of bringing a kid into an adult environment. Just think how much dick Henry Rowengartner had to see in the clubhouse or how many stripper bodies Billy Heywood had to make “disappear”. Major League Baseball is no place for children, especially when a single mom is raising you. Leave it to the dynamic duo of creepiness of Gary Busey and Timothy Busfield to start sniffing around the skirt of the closest available middle-aged woman. Chances are they’re going to try and bang your mom. And they will. Note to baseball players: STOP BANGING SINGLE MOMS!

4. Willie Beamen (Any Given Sunday)

Before Michael Vick, there was Willie Beamen, the charismatic star quarterback of the Miami Sharks. When Cap Rooney (Dennis Quaid), goes down with an injury, it’s Beamen’s time to shine, and it doesn’t take long before he lets it go completely to his head, as he completely alienates the team around him in a matter of weeks. Any Given Sunday is an overexaggerated version of the culture of the NFL circa 1999, and those guys were (are) a bunch of assholes. Willie Beamen is the worst of all of them. Luckily, the movie wasn’t made ten years later, or Beamen probably would have had a dogfighting subplot.

I don’t really blame Parkman. I wouldn’t want to play in Cleveland, either. But that doesn’t mean he’s not an asshole. He’s cocky, selfish and never really meshed with the rest of the team. Plus, he’s played by David Keith; and he sucks. There’s really not much more to say about the guy. You hate him when you play against him; you hate him when you play with him. Impossible to root for.

It takes a very special asshole to become jealous of a replacement player and that’s exactly what Eddie Martel does, on top of the fact that he crosses the picket line like a scab douche that he is. He sees all the accolades that Shane Falco gets, which is basically just playing pretty okay and banging the head cheerleader, but Martel just wants it all. But he forgets the one thing a champion has: heart. Miles and miles of heart. I think that’s a quote from The Replacements.  Plus, he doesn’t even have the decency to be played by Fred Ward or Chris Cooper; he’s just some guy that looks kind of like their love child.  One could say that he’s “The Replacement” of either of them.  I won’t, though. 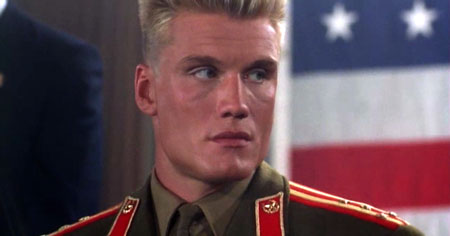 4 thoughts on “5 For Friday: 5 of the Biggest Asshole Athletes in Sports Movies”