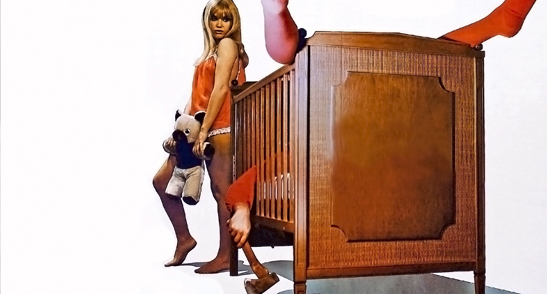 Synopsis: Straight up, some dude crawls around acting like a baby for 90 minutes.

Raise your hand if you want to watch a dude crawl around acting like a baby in a diaper. Did you raise your hand? Good, now we can’t hang out.

The Baby is an experience, mostly because you probably won’t see anything quite like it. It’s a thin premise about an older mom keeping a stern hand on her family of adult children, one of which is a full-grown man with the mind of an infant. There’s very little plot past that, as it merely becomes a struggle between the social worker put on the family’s case and the mother over the control of Baby.

David Mooney plays Baby, and despite what I have to say about the movie, I guess I would say he gives a pretty convincing performance. It’s creepy as fuck to watch this guy contort his face to what he thinks a baby would make and his crying is seriously some of the most grating noises you’ve heard outside of the movie Basket Case.  You’d be surprised how punchable a grown man acting like a baby can come off, but he deserves to be cold-cocked right in his eternally opened mouth.  I’ll prove this by posting pictures featuring his most punchable faces.  It’s hard to imagine Mooney was proud of his performance, though, as I can’t ever imagine wanting to see myself in a role such as this. It’s pretty embarrassing and I bet he leaves this movie off his resume.

The whole shtick gets repetitive and even creepier as we see the abuse the family bestows on Baby and it gets weird with the implied incest/molestation of Baby at the hands of one of his sisters.  It essentially becomes an episodic checklist of things you really don’t want to see involving a man acting like a baby, including his diaper getting changed.  Oh, we also get to see his babysitter breastfeed Baby against her will. So there’s that. It all culminates into an ending that gives us one more creep out before the credits roll.

The level of blood and guts is pretty miniscule in this movie. This is more of a psychological horror movie, as it plays on your fears to ever witness a man crawl around the floor in an oversized diaper. There are some blood effects that are pretty synonymous with 1970s slasher flicks, but the kills happen offscreen, so there’s no real money shot to be had here. Besides, you have to sit through basically the entire movie before it happens. A movie, if I haven’t made myself clear yet, that is about a man that crawls around in a fucking diaper.

Some movies try to scare you. This movie doesn’t try to scare you, but it does a great job of freaking you the fuck out. Want to see a man in a diaper? How about that same man in a diaper forcing himself onto his babysitter for a suckle? Implied incest? If all these things are right up your alley you should see this movie and a psychiatrist. Scares? No, but it’ll make you want to take a shower.

Boy, have you picked the wrong movie if this is what you’re looking for from your horror movies. Most of the female leads are moderately attractive, in that 1970s indie horror sort of way, but it’s lost on the shear creepiness of every character involved. DO NOT STICK YOUR DICK INTO CRAZY and that’s what we have here: a bevy of hot-ish women that aren’t worth the headache of getting wrapped up in their shenanigans or nether regions.

Sex/Nudity Rating: 0 out of 5, but we’re all better for it, because there’s no way it wouldn’t be creepy as fuck. 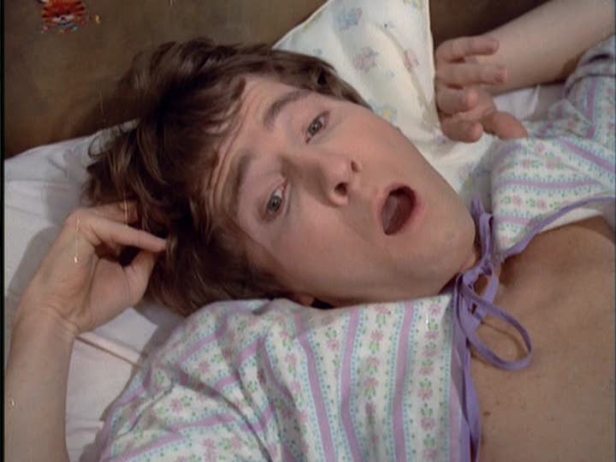 The Baby is an… interesting watch, to say the least. I don’t think I’m any better for watching nor am I any worse. It’s a pretty fucked up movie, though, and I’d love to ask the filmmakers a few questions, most of which would be some form of “What the fuck were you guys thinking?” If you’re curious, give it a watch. It’s cloying, obnoxious, and gross. You’ll probably love it, you sick fuck.