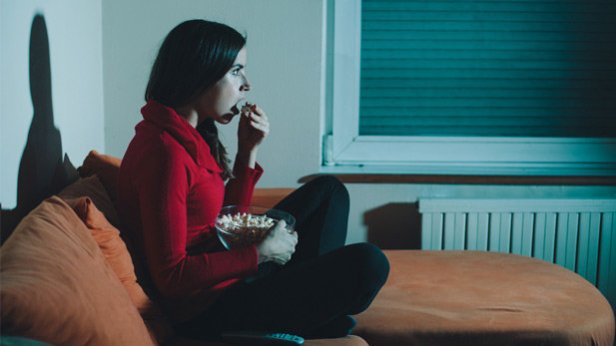 Happy Halloween! While Halloween sadly means that 31 Days of Horror has come to an end, there’s still time to squeeze in the last of your favorite horror movies before November sets in. If your DVD shelf is lacking in the scares, Netflix has you covered with some of the very best horror films around. Here are 5 you can watch if you plan on staying in tonight.

Wes Craven has made a lot of classics in his career, and Scream ranks among some of his best. The 90s slasher movie is a wry look at its own genre and manages to effectively skewer, while at the same time, contribute to the ranks. Drew Barrymore, Matthew Lillard, and Jamie Kennedy are standouts in the star-studded 90s cast.

The original Evil Dead is downright creepy, but for whatever reason, Sam Raimi decided to take the sequel and go completely batshit insane with everything. Officially titled Evil Dead 2: Dead By Dawn, Bruce Campbell reprises his iconic role of Ash in this bonkers horror comedy that works well as a sequel, parody, and even remake. If the first one was a little too intense for you, give this one a watch and laugh away all the demons that may be trying to possess your hand.

Before Peter Jackson went to Mordor, he was a gore-hound, directing Bad Taste, Dead Alive, and this underrated mid-90s gem starring Michael J. Fox. Fox plays a con-man medium that tries to track down the ghost of a former serial killer, who seems to be killing from beyond the grave. It’s a fun movie with a pretty good performance by, of all people, Jake Busey.

I’m talking the original film starring Sissy Spacek. Don’t waste your time with the remake. By the time you get over the fact that Chloe Moretz is supposed to be playing awkward and an outcast, the movie will already be half over. Sissy Spacek owns the role and it’s one of the finest adaptations of any Stephen King horror story ever.

1. Night of the Living Dead 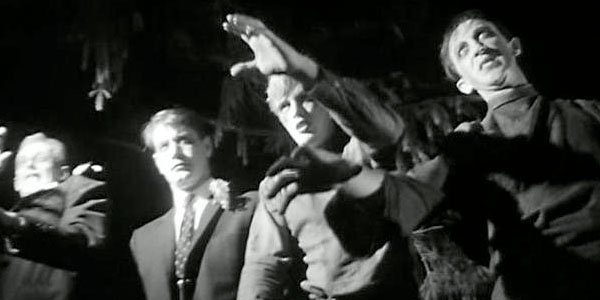 Night of the Living Dead is like the granddaddy of modern horror, as it virtually put an end to the era of your classic horror and ushered in more depraved, more shocking films that would eventually come after it. It even gave us the standard playbook for all zombie tales that came after.

While it is arguable that Dawn of the Dead is a sequel that outdoes its predecessor, but the original George A. Romero film put down the building blocks for its sequel to build on. It’s dark, gritty, and a superb achievement for the time, place, and budget. It’s an all-time classic and one that should be watched with the lights off.