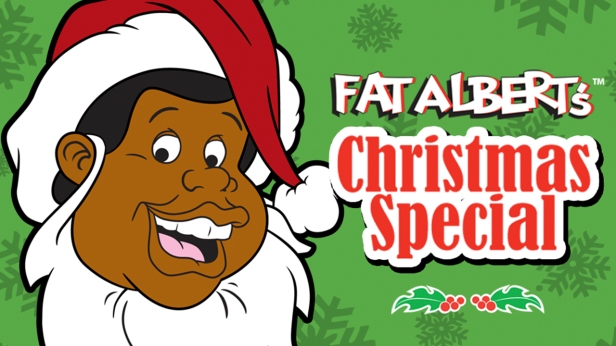 Synopsis: A morbidly obese teen fantasizes that he isn’t bed-ridden. Instead, he spends his time with a group of delinquents that take in a homeless couple while a miserly old man threatens to knock down their clubhouse, successfully marrying A Christmas Carol with the birth of Christ.

Fat Albert is a relic. This special came out in 1977, a time where the animation was simple, a laugh track was a must, and Bill Cosby wasn’t viewed as an ultra-creep. There are probably some people that look back on this show fondly, and while the message here is universal, this show is just not fit to keep up with the times.

So Fat Albert, who is actually much fatter than I thought imaginable, is putting on a play with his ragtag bunch of social disorder friends. That is, until Mr. Tyrone gets all bent out of shape about their clubhouse being on his junkyard property. Honestly, as much as he comes off as a shitty old man, he has a point. His threats of tearing down the clubhouse are compounded with the fact that the Cosby Kids allow a pregnant woman and her husband and child hang out in the shack with them. Things wind up okay in the end because some other old guy openly threatens Mr. Tyrone and Tyrone winds up having a change of heart. So the moral of the story is that violence is still a pretty good way to get what you want.

If you’re a Generation Xer, you probably still eat this shit up. You’ll kick back in your Scooby Doo pajamas and eat Count Chocula while laughing your ass off at Mushmouth’s speech impediment. Other than that, this clocks in at a cool 21 minutes without the commercials, so if you have a short lunch break, you can squeeze it in.

If I’m being kind to it, this isn’t THAT bad of a special.  It has its heart in the right place, but it glosses over serious problems such as disenfranchised black youth, homelessness, and the obesity epidemic.  Anyone of those things could have been a more interesting story to tackle for Christmas than shoehorning parallels to the birth of Christ.