As part of our 2014 Wrap-up, I’ve decided to put together a list of my favorite moments from some of 2014’s best television shows.  2014 gave us some great television and these moments are some that will stick with us for a long while.  One moment per show, so we won’t be seeing a list flooded with scenes from Game of Thrones or True Detective, but they do make an appearance.  Enjoy.

10. The LEGO Episode – The Simpsons

It’s no secret that The Simpsons is my favorite show of all time; it’s not even a contest. While I love the show more than any other, it’s been more than a decade since the show was consistently good, which is why the LEGO episode was a nice change-of-pace for them. It might not be a “great” episode, as The Simpsons define great, but it was inventive and heartfelt, a couple of things that make it stand out from recent offerings.

9. The Return of Phrasing – Archer Vice

“Phrasing”, as any fan of Archer knows, is the show’s version of a “That’s what she said,” joke. It’s a running gag that was consistently funny and always seemed to sneak in amongst the mile-a-minute jokes the show throws at you. For season five, however, the show strayed away from the joke, even though they specifically referenced that they weren’t doing the joke anymore. The constant setups in the season without a follow-through gives way to a payoff that becomes a familiar and welcome return to a great joke. 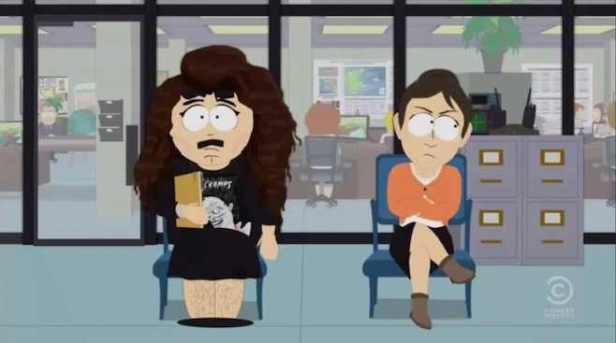 If The Simpsons are slowly dragging their own carcass across the finish line, South Park is finding new ways to revive the show. This season, they experimented with ongoing storylines that carried over to each episode. One such storyline was the fact that Randy Marsh, a middle-aged man with a mustache, was the true identity of pop star Lorde, a supposed teenage female from Australia. It’s a completely out-of-nowhere revelation, but it works for the point it’s trying to make, which happens to be a joint meaning of pro-transgender and (surprisingly) pro-Lorde sentiment. And the song just makes everything that much better.

If there is a show on television that is more brutally honest than Louie, then I haven’t heard of it. Louie is about as dark as humor gets and sometimes, it’ll leave the punchlines at home. For its crowning moment of the season, the show put the male ego to task, as the comedian was basically asked “What’s wrong with a fat girl?” The combination of his speechlessness and the performance by Sarah Baker makes this moment unforgettable. 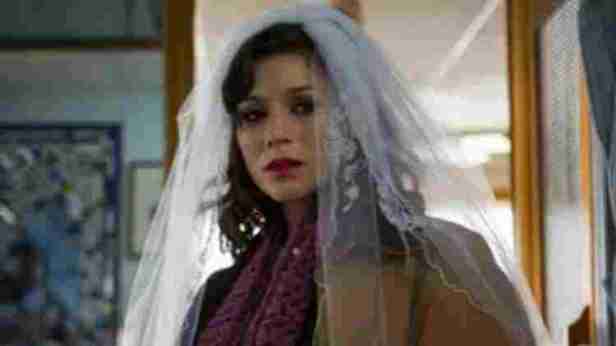 The strongest part of Orange is the New Black is the use of flashbacks in order to tell the story of each individual inmate. Morello was a large part of both seasons, but we had to wait until season two to get her full story, which turned out to be the biggest bomb dropped on the show. Throughout the series run, Morello constantly talked about her fiancé and always seemed to have a wedding magazine in her hand. As it turns out, however, her relationship is completely imagined and the fact is that she only went on one date with the guy before she stalked the hell out of him. It’s a heartbreaking moment when you realize she’s bat-shit crazy, as she proved to be one of the most likable characters in the show. 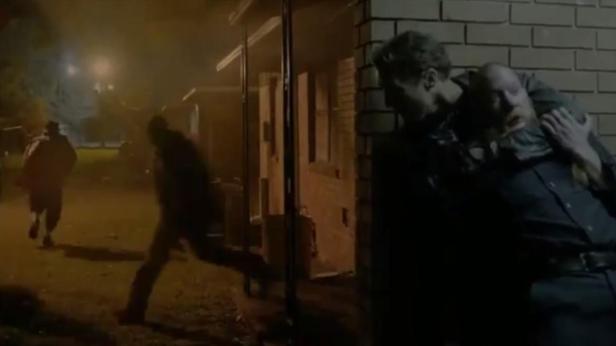 There were a lot of great moments in True Detective during its freshman season, but there isn’t a moment of filmmaking for television that quite compares to the tracking shot in the fourth episode “Who Goes There”. In the episode, Rust Cohle goes deep under cover to glean any leads from a local motorcycle gang and gets himself and Hart caught in the middle of gang warfare. What results is a tracking shot in and out of a number of houses as Cohle tries to extrapolate his contact out of the gunfire that takes place. It’s tense, it’s wonderfully orchestrated, and it’s the finest moment in the stellar season.

I briefly covered the Adult Swim infomercial known as Too Many Cooks in a “What the F*** Did I Just See?” back when it originally aired. Too Many Cooks is one of the weirdest things to ever see the light of day on television and it is nearly indescribable. The setup is that it’s one of your standard 80s sitcom openings, with wacky goings-on, a puppet sidekick named Smarf, and a whole lot of other shenanigans. It then starts to devolve into madness as a serial killer who has been in the background from the very beginning starts offing characters left and right (we are still in the midst of the opening credits). It manages to cover nearly all genres, with references to Falcon’s Crest, GI:Joe, and Battlestar: Galactica. It truly is something to behold.

2. The Mountain and the Viper – Game of Thrones 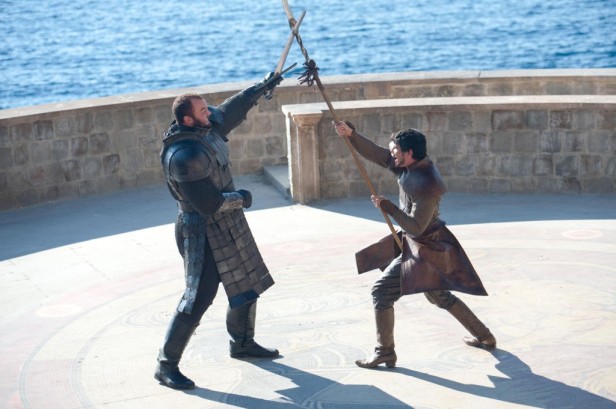 This has to be one of the most frustrating moments in 2014 (and one already discussed HERE). While there were a bunch of great touchstone moments in season 4 of Game of Thrones, including the death of the brat King Joffrey and Tyrion’s trial speech, this one stuck with me the most. He was so goddamn close, but instead of going into a victory formation, Oberyn Martell doesn’t finish the job and the Mountain gets the better of him and the Viper suffers the worst death ever on the show.

Fargo was my favorite television show of 2014, which actually came as a surprise going in. Between the performances of Billy Bob Thornton and Martin Freeman, though, Fargo managed to capture the tone and humor of the original film while making itself its own entity. The Elevator scene is when the series takes a hard turn and the pacing and tension is impeccable.  Aces!

Here’s hoping that television of 2015 keeps up with the great moments that we had over the past year.