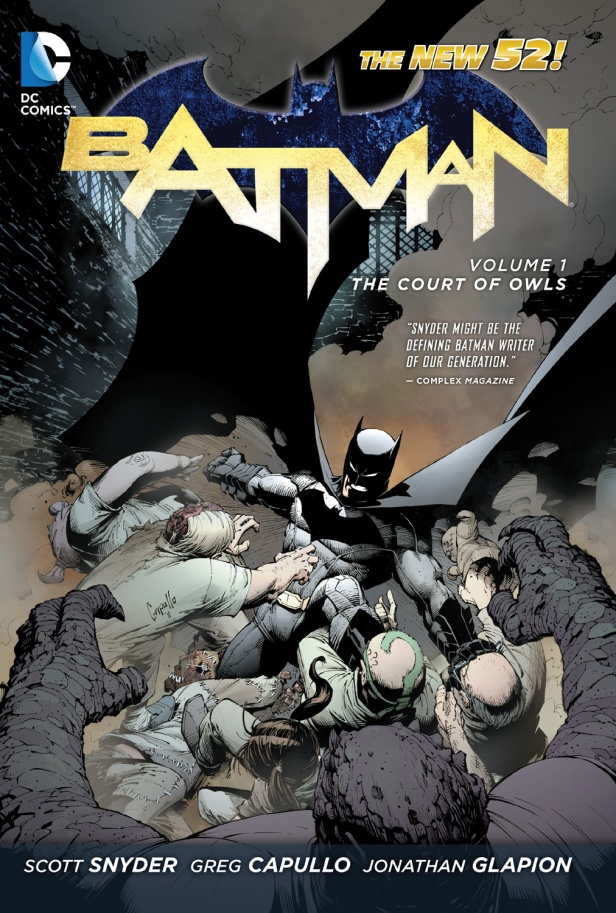 Synopsis: Batman investigates brand new evidence that points to the existence of The Court of Owls, a secret society that has been a part of Gotham’s lore for centuries.

Truth be told, I’ve never been an avid comic book reader. Sure, there was that short period in my youth in which I had a stack of Spider-man comics and X-Men trading cards, but it was more collecting than anything else. I’ve read some of the classic graphic novels like Arkham Asylum, Watchmen, The Killing Joke, and others, but I haven’t been following any storylines that have been going on in the current issues.

Because of this, I was unaware of what DC did back in 2011 when they started with the New 52. They essentially hit the reset button on their story arcs and made a great starting point for anyone looking to pick up a few comics. I’ve always been a Batman fan, so I immediately gravitated towards the main Batman story, especially knowing that it would take me to the main Death of the Family story, which intrigued me from the first time I saw the design of the Joker.

Batman’s New 52 storyline exists in the timeline of the Flashpoint story, which occurred right before the New 52 reset. 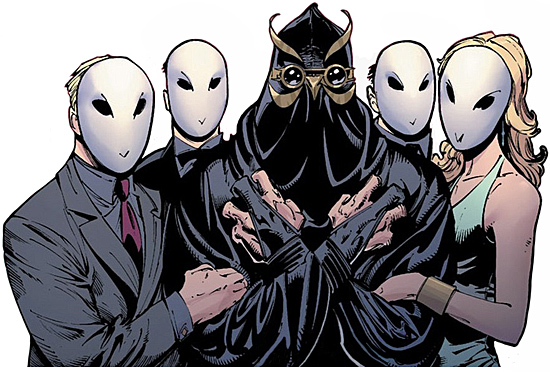 This is the first Batman arc for Scott Snyder and it’s a pretty nice start to a great story. A common theme in most any Batman media, whether it be animated series, movies, or comics, is that Batman always seems to know more about the city that the villain, thereby giving him a distinct home-field advantage. In this story, however, Batman is put on his heels almost immediately, as he uncovers secret locations that the Court of Owls have held for hundreds of years, all right under his nose the entire time.

It’s also interesting to see that, with the relaunch, Snyder isn’t afraid to do a little bit of retcon, as he ties the Court of Owls to the histories of both the Wayne and Grayson families. It cements this secret society as something that’s no doubt been there the whole time. 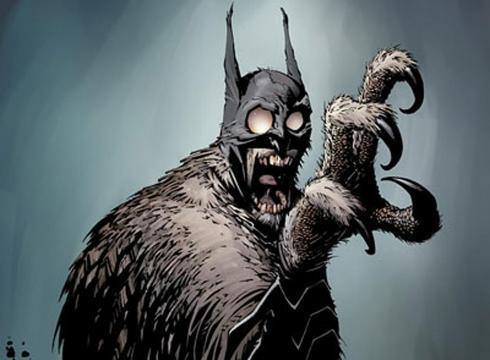 The artwork by Greg Capullo is top-notch. I’m definitely a fan of comic artwork that takes the time in the details and showcase tight inking and penciling. The style is vivid and bold and the character designs are quality. Both the Court of Owls and the assassin Talon are ominous looking, making them seem like a serious threat to take Gotham from Batman. I also really enjoy the work on the hallucination sequence; some moments are truly terrifying and resemble Ralph Steadman in his Hunter S. Thompson heydays. 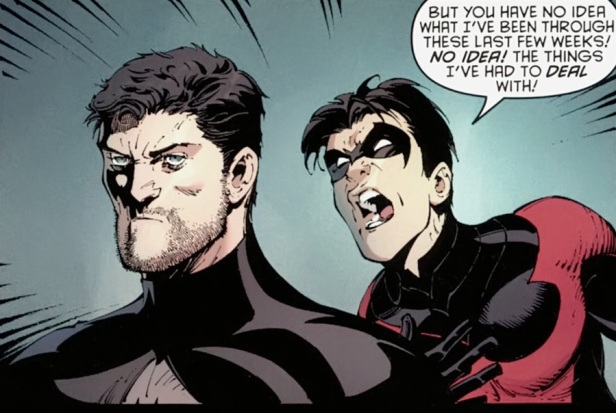 Bruce Wayne is Bruce Wayne, but it’s always interesting when he has to delve into his past. Here, we not only have him trying to track down what killed his ancestor Alan Wayne, we also go back to shortly after his parents died, when he tried desperately to connect their murders to the Court of Owls. We also get a little bit into the strained relationship he has with Dick Grayson, the first Robin, and we find out that Grayson was once pegged to be a Talon.

While the Court of Owls pull the strings, it’s Talon, their genetically-modified assassin, whom gives Batman a fight. They’re both important to the story, but even though Talon seemingly can’t die, he’s sort of just another masked villain that has no real personality.

The Court of Owls is a great start to the Batman relaunch. Scott Snyder and Greg Capullo seem to be a great team that understands the Gotham universe: dark, moody, and plenty of family drama to keep each character interesting. It’s great to see Batman on his heels and this one sets up the next installment, City of Owls perfectly.

4 thoughts on “The Comic Spot – Batman Volume 1: The Court of Owls”