One of the most anticipated novel adaptations in geek culture over the past few years has been Ready Player One, the ambitious love letter to all things 80’s by Ernest Cline.  Recently, it has been announced that the project may have found its director: none other than blockbuster god Steven Spielberg.  Here’s what you need to know and why you should be super excited about this project.  Also, read the book.  It’s amazing.

Ready Player One takes place in a dystopian Earth in the year 2044, but the video gaming world within the world called OASIS is exactly that. The brainchild of the late video gaming guru James Halliday, the ownership of OASIS is the pot of gold at the end of the rainbow for the millions attempting to find the easter egg that Halliday left in his virtual world.

Along the way includes challenges steeped in 1980s pop culture, including reciting the film WarGames word for word. There’s also a ton of John Hughes references, Joust, the original video game Adventure, and boat loads of others. If you want to see Voltron fight Mechagodzilla, then this is the book for you.

4. Ernie Cline is a Super Geek 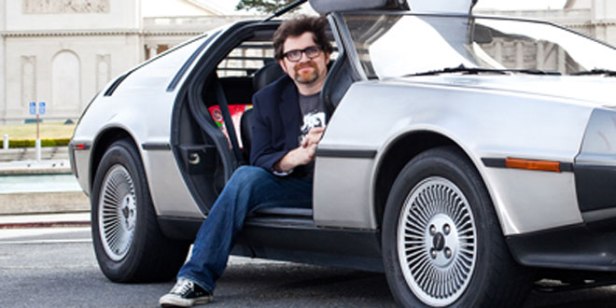 If you’re not familiar with the name Ernie Cline, the author of Ready Player One, perhaps you’re familiar with Fanboys, the movie based on his screenplay. Fanboys tells the tale of a few Star Wars nuts that attempt to break into Skywalker Ranch in order to swipe a copy of Star Wars Episode I: The Phantom Menace before its release date. It should come as no surprise that the writer of these works is a huge geek. For evidence, I direct you to his interview with the guys of the former Joblo Movie Podcast, where he talks about the book, all the references, and the time he did a book tour with an old school Delorean. It’s a great listen; he comes off as really personable and an all-around solid dude.

(Editor’s Note: While the Joblo Movie Podcast is no more, the guys are currently going strong over at their current site, BingeMedia.net)

3. The Book Has an Easter Egg For a Video Game Competition

Much like the story itself, Ernie Cline hid an Easter egg inside his text, which led to a video game competition in the same spirit as Ready Player One. While he wasn’t giving away an entire virtual world empire, the ultimate prize was a Delorean. The final challenge of the competition was to set a new high score on one of several classic Atari games, which was completed on August 9th, 2012, when Craig Queen set a new record for Joust.

2. Getting the Licenses is Going to Be Difficult

While the novel has the free reign to reference everything in the crazy mind of Ernest Cline, the movie industry is, unfortunately, not so freeing. Licenses will have to be sought out and there’s assuredly some intellectual properties that are just not going to be open for use. Fortunately, Cline is adapting his own novel, so even if some things have to be replaced, it will most certainly be replaced by something worthy of a nod. This book is essentially the 1980s pop culture version of Who Framed Roger Rabbit?, so it is key that a lot of it remains intact.

1. Spielberg is the Perfect Person For This 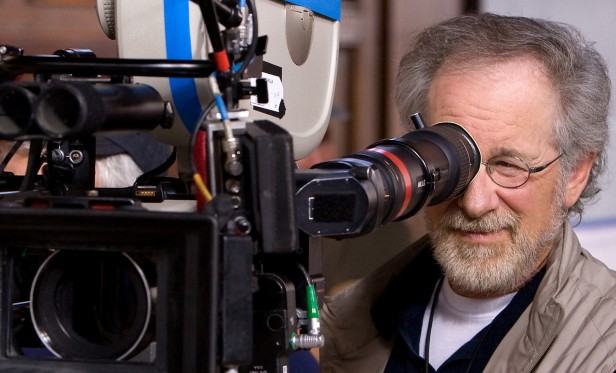 Who better to direct a movie steeped in pop culture of the 1980s than the guy that created some of the most beloved films of that time period? Christopher Nolan was originally in talks to direct, but honestly, his usual tone is off the mark. Ready Player One is a fun, light-hearted nostalgia fest, even at its darkest; Nolan’s serious tone would just be an odd film.

Spielberg has that classic blockbuster touch that can do the source material justice and with him, comes the ability to use a bunch of intellectual properties that can really make this movie as good as it can be.