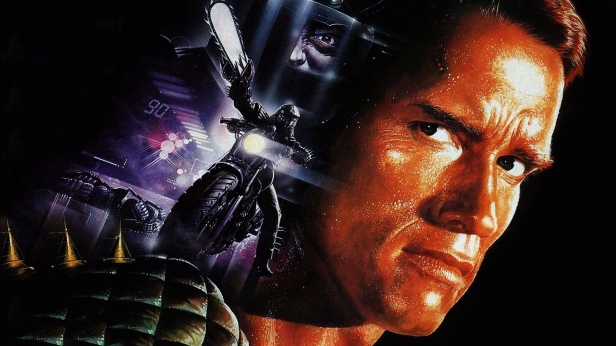 When The Hunger Games first game out, douchey hipsters were quick to point out that the young adult phenomenon was just a repackaged version of the Korean film Battle Royale. They probably twirled their handlebar mustache as they drank a sour beer at the same time. Meanwhile, your cool uncle was telling you that that guy’s an asshole and it doesn’t matter, because Arnold Schwarzenegger already made it in 1987 and called it The Running Man. And it was awesome because it had Arnold, Jesse Ventura, Yaphet Kotto which would mean something to you if you ever watched Homicide: Life on the Streets (it was basically a 90’s network television version of The Wire), Jim Brown, and Richard Dawson from Family Feud.

You see, dystopian futures are all the rage right now, but it was pretty popular during the 1980’s as well. The Running Man, Escape from New York, and Robocop all came out around the same time and, unlike today’s movies, they had the grittiness to be totally badass all the time. On top of that, The Running Man, with its themes of the eventuality of lowest common denominator television programming and complete police takeover, was surprisingly prophetic. The only thing that The Running Man tries to push forward in terms of agenda that never comes to fruition is Maria Conchita Alonso.

The Running Man stars Schwarzenegger as Ben Richards, a police officer that finds himself on the wrong side of the totalitarian government after he fails to follow orders of massacring unarmed protestors (timely). After a prison break and a failed attempt to flee the country, Richards winds up on The Running Man, a public execution disguised as a game show. The whole set up is basically just to get to see Schwarzenegger be his late 80s badass self in a sweet yellow jumpsuit. 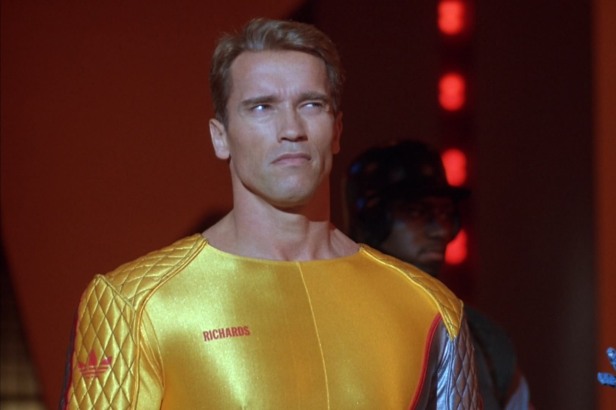 For an Arnold action movie, The Running Man has a surprising amount to say about the power of media and how the slightest skewing of facts can sway opinions. This is well before Fox News and CNN became more interested in ratings than actually reporting the news and it’s stunning at how accurate this movie gets it. Sure, it’s a silly late 80s popcorn film, but it’s surprisingly smart and a whole lot of fun.