So Game of Thrones is gone for another year, and I bet you’re pretty bummed about that.  But fear not: there’s still plenty of television that you may have missed.  In case you’re looking to fill the Drogon-sized whole in your TV viewing life, here’s a few ideas of shows that you may enjoy.

Orange is the New Black

Chances are you’re either watching this show already or you refuse to watch it because a ton of people at your office are obsessed with it and you don’t want to be one of them. Either way, the hit Netflix show about women in prison just released its third season last week, now with zero Jason Biggs (a good thing). Creator Jenji Kohan is able to balance the comedy and drama the same way she did with the first few seasons of Weeds. Plus, you get to find out why Buzzfeed is so obsessed with some woman named Ruby Rose, so that’s something. 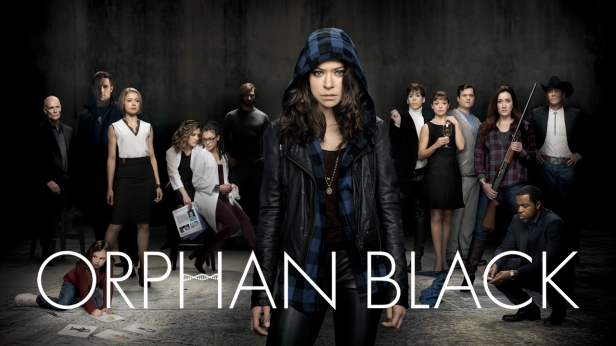 If you want to jump from fantasy to sci-fi, there’s no better show to do so than the BBC show about cloning. The show is wrapping up its third season, but there are plenty of ways to access it, either by your cable’s on demand services or on a number of streaming services. It’s a pleasure to watch Tatiana Maslany transition between a number of roles, and flawlessly. With all the intrigue that goes on, you forget that it’s the same person.

Louis C.K. is doing something special with Louie. It truly is a show unlike any other. Season 5 only went eight episodes, so binging it should be nice and easy (I watched it all in a single afternoon). It’s super dark and honest, and every year, it seems to get even more depressing. It’s a stark contrast to any other sitcom you’ve ever seen, but its still funny, only instead of laughing at a hilariously set-up sex joke that you would find in a Chuck Lorre show, you laugh as Louie has to cut a trip to the grocery store short because he’s about to shit his brains out.

It’s almost like HBO planned this all out. Immediately taking the place in the Game of Thrones timeslot is the second season of the crime drama True Detective. Last year, Matthew McConaughey and Woody Harrelson did some of the best acting television has ever seen and the season one story kept us captivated throughout. For season two, it’s a whole new ballgame with an entirely different, inspired, cast. Rachel McAdams, Colin Farrell, and Vince Vaughn lead the cast in this all-new story of crime and corruption.  The cast is A-list and the trailer looks pretty solid; I’m pretty optimistic about this one.

Truth be told, technically, I haven’t seen this, but it’s literally a Colombian shot-for-shot remake of Breaking Bad, so it has to be amazing. For fuck sakes, the main character’s name is Walter Blanco. The full series is on Netflix, so if you have access to it, and you loved Breaking Bad, you should watch it just for the pure curiosity of it. Netflix couldn’t even be bothered to write up details of every episode, so you know it has got to be good. Take a drink every time Colombian Jesse (Jose) says “perra”.

Anthony Del Vecchio is in love with the fact that Skyler in ‘Metastasis’ is named Cielo.  Follow him on Twitter.