This past week (July 3rd, to be exact) marked the 30th anniversary of the theatrical release of Back to the Future. The original film is easily in my Top 10 Films of all-time, so this anniversary did not go unnoticed for me.

I was thinking about the movie and how I would incorporate it into an article, when I realized that Back to the Future only exists as a story because there were plenty of people that fucked up along the way. Here’s the definitive ranking of who messed up, from least to most deserving of an SMH.

10. Sir John Harrington, The Inventor of the Toilet

Every Back to the Future fan knows that Doc Brown invents the Flux Capacitor after he slips off a toilet and cracks his head open. Had Sir John Harrington, the Inventor of the Toilet made a sturdier design for standing, Emmett Brown would have never invented time travel and would’ve just been some crazy ass old dude that hangs out with high school kids. 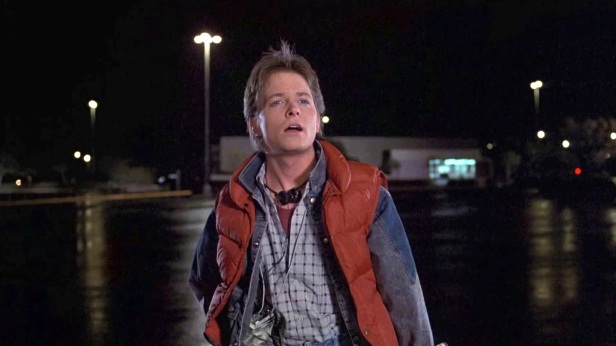 Marty’s story is all about the wrong place at the wrong time, as far as I’m concerned. Marty couldn’t have known when he started hanging out with the Doc that it would one day threaten his very existence, but here we are. Marty heads back in time to outrun some terrorists, which is completely understandable, but he does kind of fuck up a few things before he runs into 1955 Emmett Brown. It’s not like he got a crash course on the rules of time travel, though, so Marty’s role in this is directly tied into Doc Brown’s involvement in all this, which we’ll get to. Otherwise, he’s just an impressionable teen that just watched a Deloreon disappear, only to reappear. Cut the guy some slack.

Biff Tannen is a pure pituitary case, and he seems to basically make the lives of everyone around him completely miserable. That includes Marty, George, and Lorraine, who he nearly sexually assaults. Biff’s story could’ve gone a lot of ways. Maybe if he weren’t such a shit, Lorraine would’ve gone out with him. Maybe they’d get married and have kids that weren’t Marty, and maybe this whole story never happens. Or if he wasn’t such a terrible person to George, George could’ve had a chance to develop some self-confidence and could’ve charismatically courted Lorraine and it wouldn’t have been all left to chance. Who knows? Instead, we just get to watch Biff be a shitbag in a few different decades, which honestly, makes this movie amazing.

You mean to tell me that Lorraine is so goddamn boy crazy that all it takes his her dad running someone over with his car for her to fall in love, whether that means it’s George McFly, aka that guy that probably watches her from the bushes, or some guy she’s never met before? Lorraine’s so hungry for dick that she nearly gives her own son a hummer in the parking lot of the school dance, making her hormones a huge obstacle to overcome.

George McFly is such a fucking loser, and because he’s a loser, he’s totally responsible for all this shit. If George McFly was more of an assertive guy, the romance between he and Lorraine wouldn’t have been left up to a chance encounter of George meeting the front bumper of Lorraine’s dad’s car. Instead, the only reason George and Lorraine meet up is through happenstance and, evidently, it becomes quite easy for Marty to interfere with. Likewise, one of the biggest difficulties Marty has in 1955 is pushing his father in the direction that he’s supposed to be. Grow a sack George; this is your son’s life we’re talking about. 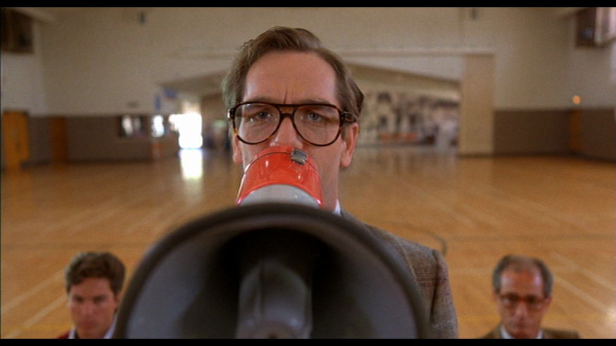 I don’t mean Huey Lewis, the man that provided some classic 80s tunes for this film. I’m talking that asshole Huey Lewis that can’t see the greatness that is The Pinheads. Too loud? Are you kidding? That’s some bullshit. If the Pinheads got accepted into the talent show, Marty wouldn’t have time to dick around in the Twin Pines Mall parking lot; instead, he’d be practicing those sick guitar moves that blew away those kids at the Enchantment Under the Sea Dance. 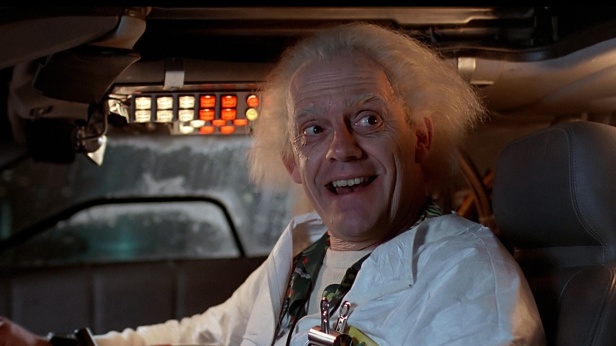 This is self-explanatory. Doc Brown invents time travel, so he’s got his fingerprints all over this mess. I can’t fault him for his natural pursuit of science, though, which is why he doesn’t head up this list. It stands to reason that greater things happen in the Back to the Future universe thanks to Doc Brown’s discovery and he should be commended for that. But his irresponsibility of not packing some sort of way to defend himself against the Libyan terrorists he just fucked over and then put himself out in the open like he does is just short-sighted. 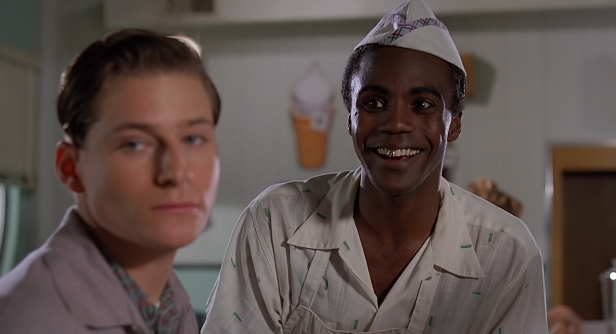 Credit where credit is due: Goldie Wilson worked his way up from a busboy at a soda fountain to become Hill Valley’s first black mayor, but good lord did it go to shit, presumably on his watch. It’s a Hill Valley where people can do shady shit in a mall parking lot or a van full of terrorists can just waltz in unnoticed without ever alerting the cops; probably because they’re too busy tracking down dope pushers to do more important things.

What was Strickland’s hard-on for the McFlys? 1985 Hill Valley was a shithole, so one would stand to reason that there’s probably bigger problem students that Marty. I’m sure there’s a whole bunch of kids freebasing crack cocaine in the stairwells and doing the sex in the boy’s bathroom. But give Marty McFly a skateboard and a rock-and-roll attitude, and suddenly, he’s public enemy number one. Maybe if Mr. Strickland were a more positive role model in Marty’s life, he wouldn’t be hanging around with the old crazy guy that lives in a shack.

If you ask me, Back to the Future is nothing more than a thinly veiled criticism of Ronald Reagan’s entire political career. The 1955 of Back to the Future is idyllic and pristine and the thought of Ronald Reagan as a political figure, let alone President, makes Doc Brown scoff in disbelief. Fast forward to the 1980s, and Hill Valley is a decrepit shitland, thanks in large part to Reagan two-fold: both as the governor of California and as the President of the United States. What used to be a wholesome place to raise a family is now overrun by bums and porno theaters. Thanks, Ronnie.

The film’s events could also be attributed to Reagan’s foreign policy as president, specifically concerning Libya. After the Gulf of Sidra incident, the United States came down hard on Libya, hitting them with unprecedented sanctions and prohibited import of Libyan crude oil into the United States. If it weren’t for these sanctions, the Libyans wouldn’t need to be dealing plutonium for bomb parts and thus, Doc Brown wouldn’t be able to time travel. I mean, it’s not like plutonium was available in every corner drug store or anything.