American Ultra comes to theaters this weekend and besides making realize that Jesse Eisenberg with long hair looks very much like Kristen Stewart, it’s about a pot-smoking dude that has a secret past of being some sort of human weapon. Or something like that; I don’t plan on seeing it.

Hollywood has had a love-hate relationship with marijuana long before Seth Rogen came to town. Weed paranoia movies like Reefer Madness are just part of the reason for it’s ban (other part: thanks a lot, William Randolph Hearst), but there are some great movies that revolve around the sticky icky. Here are 5 of my favorites.

You know, if I were a generation older, I’d probably be putting Cheech and Chong’s Up in Smoke here, but I grew relating Cheech to his roles in Robert Rodriguez movies or as the sidekick of Don Johnson.

That being said, I do have a soft spot for Harold and Kumar Goes to White Castle, despite its all-over-the-place geography of my home state (there’s no White Castle in Cherry Hill and, even if there was, they would’ve passed multiple locations before they got there). I’m a sucker for road movies and Neil Patrick Harris, and in the original Harold and Kumar film, I get both. Oh, and Ethan Embry, too. 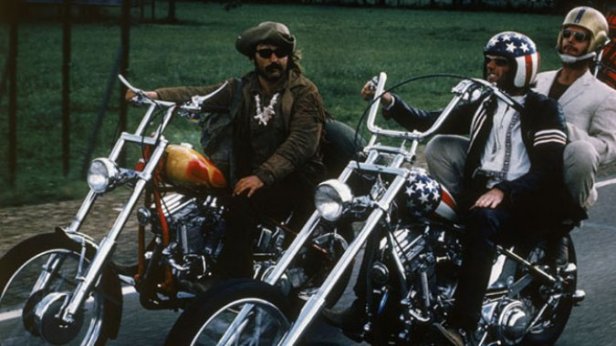 In a generation that churned out countless counterculture films, a lot of which focused on marijuana at the very least, Dennis Hopper’s film stands head and shoulders above the rest. Sure, Captain America and Billy eventually get into the psychadelics, but most of the trip, they’re smoking the “grass”. They even turn drunken lawyer Jack Nicholson onto the stuff before a bunch of hillbillies beat him to death. Easy Rider is a sobering social commentary concerning social change and the backwards morals of the status quo, but man do those dudes smoke some dope dope. 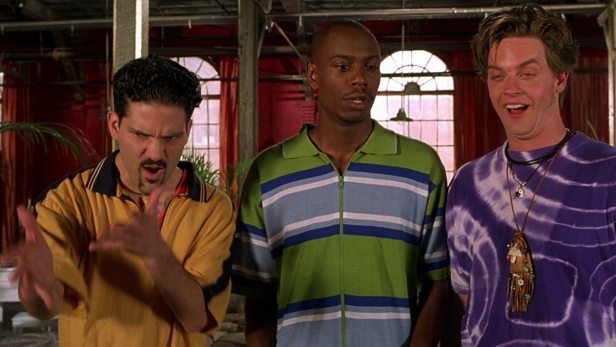 Before the groundbreaking Chappelle’s Show, this was the movie that should’ve made Dave Chappelle a star. Half Baked has become a cult classic and is one of the most quotable comedies of recent memory. Jim Breuer, Guillermo Diaz, and Harland Williams each give fantastic, fully baked performances (pun intended) and this one has cameos from Jon Stewart, Snoop Dogg, and even the Pot Master General (trademark pending) Willie Nelson himself. It’s a silly story about a group of guys that are trying to bail their friend out of jail buy selling stolen medicinal weed, written by Chappelle and his Chappelle’s Show co-writer Neal Brennan. It also has one of my all-time favorite moments in movies.

This is the second 5 For Friday in a row that the movie Friday gets a mention. Pretty fitting, seeing as how it is, in fact, Friday and Ice Cube is a trending topic in the world of pop culture. Friday is a hilarious movie, mostly because of Chris Tucker. His performance of Smokey is what made him a star and rightly so. Smokey’s philosophy of smoking weed on a Friday when you got nothing else better to do is the backbone of this movie’s pot-centric world. Throw in a supporting cast that includes Regina King, Nia Long, and Bernie Mac, and you’ve got a modern classic on your hands.

The mother of all stoner movies, The Big Lebowski tells the story of the Dude and the crazy situations he gets into just because he shares his name with a rich guy. You’ve probably seen this movie plenty of times and weed is obviously a huge part of it. The Dude is rarely sober, whether he’s pounding white russians or doing a j. Oh, there’s some bowling in there, too.

The Big Lebowski was a rare dud for the Coen Brothers in terms of box office returns, but it has taken on a life of its own since, spawning what can only be described as a cult. Lebowskifests have cropped up in nearly every metropolitan area, where fans of the movie get together in costume, bowl, and listen to music that isn’t the Eagles. It’s fandom at its most mellow and the Dude abides.