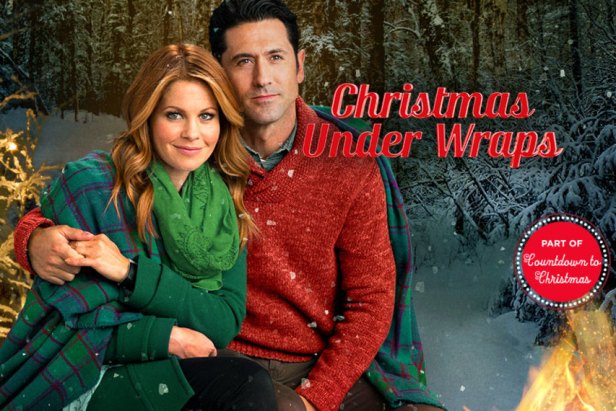 PLOT: When a doctor doesn’t get the position she wanted, she ends up moving to a remote Alaskan town. She unexpectedly ends up finding love, happiness and discovers that the small town is hiding a big holiday secret.

When you’re told that a film is about Candice Cameron Bure (Full House) going to Alaska as a doctor, you have certain expectations, but surprisingly Christmas Under Wraps is much more than its description would lead you to believe. As with most movies, there’s some cheesiness, but mostly this movie is pretty solid and I learn that most of my expectations of Bure are because of her brother.

Bure plays Dr. Lauren Burnell, an ambitious young doctor who wants to follow in her father’s footsteps as a surgeon. After losing out on a prestigious fellowship in Boston, Burnell must take the only one that is still available — a general practice in Garland, Alaska. And as a woman who has planned out her whole life, this turn of events feels like the worst thing that could happen to her.

Once she is in Garland, which further away from Anchorage than she was lead to believe, she immediately wants to leave. The town then slowly begins to grow on her and she decides to follow her heart for once, and decides to stay permanently in Garland. Bure was really believable throughout and I had forgotten that she has some talent as an actress. There were moments that she could have played over the top, but she was able to rein it in and had great chemistry with all the actors she interacted with, especially her head nurse Billie — played by Kendra Mylnechuk (Winter in the Blood) — and Brian Doyle-Murray’s (Christmas Vacation, Wayne’s World) Frank Holiday.

Speaking of Murray, the main plot twist of this movie (SPOILER ALERT IF YOU CARE) is that Garland may actually be the North Pole and Frank is Santa Claus. When they began to hint at this, I was immediately disgusted because I thought the movie was going to be about this secret. But to my surprise, the writer kept it to the peripherals and focused the movie on the characters. And much to my disbelief, they actually do a good job of writing a coherent story while hinting at but never really revealing what was really going on.

I am very disappointed in you, Candice Cameron Bure. If there was one person I could expect to score high on this list, it would be you. Now, I may have to watch Kirk Cameron’s Saving Christmas just to make sure this section is relevant. But good on you for making a family friendly Christmas movie without being pigeon-holed. 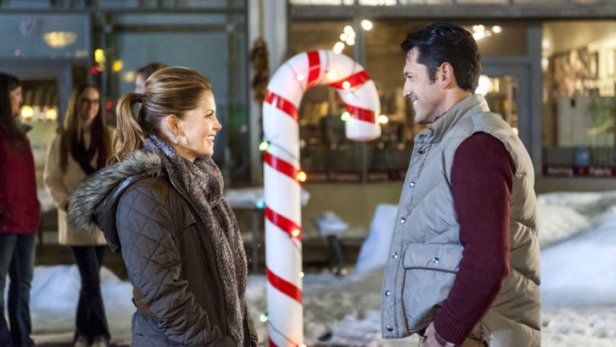 This movie was full of surprises, and the romantic stories were at the top of the list. Lauren and Andy’s — played by David O’Donnell (Undressed, Thirteen Days) — courtship was both realistic and adorable because they did not have any dramatic expressions of love, especially when Lauren was leaving. Also, the Billie-Wyatt side story — while obvious — was sold with one of my favorite parts of acting: non-verbal. Billie’s smile when he enter the room, along with Wyatt’s — played by James Gaisford (The Christmas Dragon) glance-backs when he leaves, will melt anyone’s heart. Carly McKillip from Coming Home for Christmas should take some notes.

Small town Christmas stories are always going to score high because most set designers seem to “get it” in these types of movies. When a film takes place in a big city, most of the charm is lost even if it’s a city like New York that can surely look great during the Holidays. Christmas Under Wraps‘ town is even a pun — Garland, Alaska — for a movie set at Christmas time. This fact didn’t dawn on me until about half way through the movie. If that wasn’t enough, the movie has Brian Doyle Murray as “Santa Claus” and he is pretty damn spectacular in this role.

There are always times when you’re writing a series like this that you’re surprised by a movie. Usually, it is in a negative way, but Christmas Under Wraps was one of the few that exceeded my expectations. Everything from Bure’s acting to how they kept the town’s no-so-secret a secret by not definitive mentioning it and allowing it to be inferred until the final frame of the film, was much better than it had any right being. If you were thinking of watching this movie, I’d recommend you do that, but I wouldn’t actively seek it out. Here’s to bucking stereotypes and expectations.