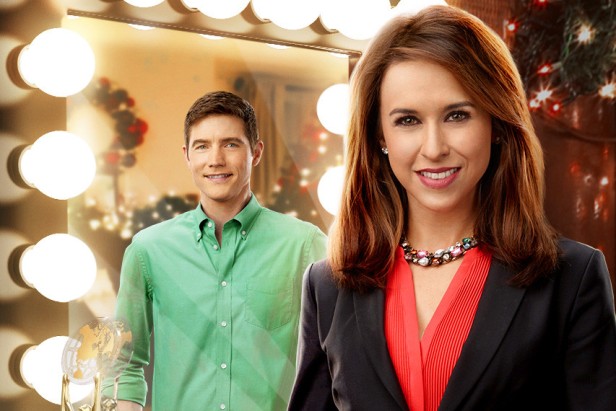 PLOT: After a conversation with a man playing Santa Claus during her office Christmas party, a woman wakes up to find herself married to her college sweetheart and two kids and questions her life choices.

There was some worry at the beginning, especially after watching Christmas Bounty, that Family for Christmas was going to be a one-to-one ripoff of Nicolas Cage’s, The Family Man. While it does borrow from this film, it has enough differences that it falls in the inspired by category in the same way that almost all modern fiction is inspired by Shakespeare.

Family for Christmas explores the notion that all the success in the world doesn’t mean anything if you have no one to share it with. Lacey Chabert (Mean Girls, Party of Five) plays Hanna Dunbar, a feisty investigative reporter who has spent the last 10 years focused entirely on her career and is about to get everything she ever wanted. Or at least she thought it was everything. As with most of these Christmas movies, there’s some magical element that kickstarts the plot, and in Family for Christmas, it is a “Christmas Wish”.

After receiving the promotion she wanted, Hanna receives a friend request from ex-boyfriend Ben — played by Tron Leitso (Wonderfalls, Being Erica) — and thinks about what it could mean. We are never explicitly told that she is reminiscing about their relationship, it is definitely inferred, especially in the scene when she leaves the company holiday party to sit in her office alone. This whole sequence highlights the best part of the story’s construction, and is something that is rarely done in these made-for-TV movies. They don’t dwell on why the relationship ended nor use that as an emotional device to manipulate the audience.

The rest of the film’s plot plays out the same as most movies of its ilk, but I did want to make special note of how they handled Hanna’s reaction to waking up in this new life. It could have very easily became about her “going crazy”, but the writer kept it grounded by turning it into a mid-life crisis of sorts. This allowed the arguments to be more realistic and not resorting to Ben invoking a 5150 on her. Chabert and Leitso’s performances helped with this a lot, and it drove home a point that I’ve noticed over the last few movies, which is that the higher quality of actor, the more your audience is to believe the situation. Now, the acting does not need to be Oscar worthy, but they need some kind of acting talent. This is an obvious correlation, but one that many of these casting directors miss.

Keeping with a trend I’ve seen, Family for Christmas takes a more secular approach with the holiday. There seems to be an active avoidance of traditional Christmas songs that are religious. Maybe avoiding songs like “Silent Night”, “Little Drummer Boy” and “Joy to the World” is a way to not alienate anyone watching, but what it does is limit a movie’s choice in songs and forces them to add terrible covers of songs to make things sound different. This is not really a criticism, but rather, more of an observation. 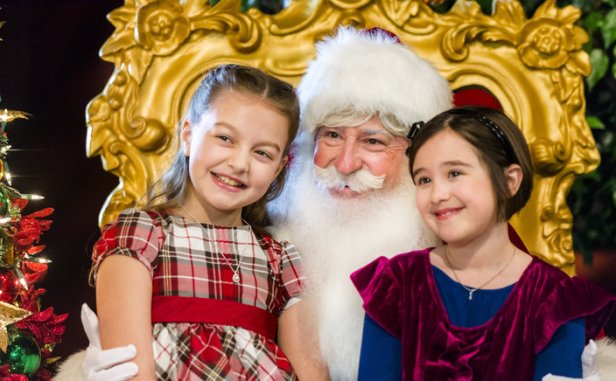 What Family for Christmas does that most other movies fail to do is focusing on establishing the love between that main couple not just telling us they are in love. The groundwork is laid in the opening scene at the airport and slowly completed during the alternate timeline scenes. Airport scenes are cliché, but this one is more about the characters than the plot device of stopping someone from getting on a plane. The writer does a great job of showing not telling throughout the movie, and it shines in the Hanna and Ben story.

With the focus of this movie centering on a family with kids, everything featured or was about something Christmas. Their house is decorated how you would expect one with children would be, and there’s mentions of Christmas pageants, baking cookies for their class and the bazaar type event near the end of the film. It is not overly done, but it is exactly how I picture a suburban Christmas to look like.

Family for Christmas is a well done what-if movie that doesn’t rely too much on telling you why this situation warranted this reaction, but rather letting you see why Hanna made certain choices. There were many situations where this movie could have went off the rails, but instead of plot devices, it decided to focus on character growth, which is the main theme of the movie and one that similar films miss completely. It was refreshing to watch something that wasn’t on the spectacularly bad end of the spectrum, but something that is inoffensive and well-structured. Family for Christmas is by no means a classic, but it gets enough right that you won’t regret watching it. 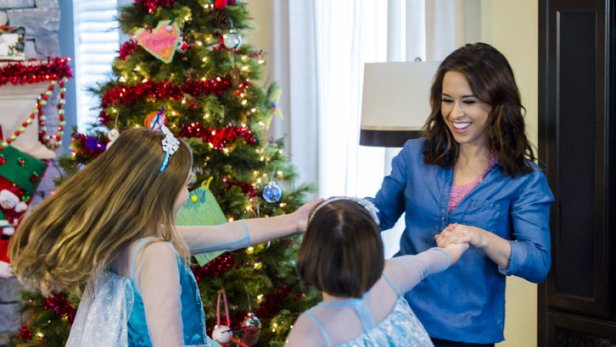