PLOT: An anxious bride-to-be throws in with a broken-hearted guy and a happily married couple for an emergency ride to NYC, learning about each other and themselves along the way.

With the release of the Fuller House trailer, I thought it was the right time to watch another Candace Cameron Bure (Fuller House, Some Kind of Wonderful) Christmas movie. Sadly, this one wasn’t as good as last year’s Christmas Under Wraps. This is mostly because there is a lack of Brian Doyle-Murray in it.

A Christmas Detour reminds me a what I remember Planes, Trains and Automobiles, but a very G-rated version of it. Bure plays wedding magazine writer, Paige Summerlind, who is traveling to New York City to meet the parents of her “soul mate”. A freak blizzard shuts down the Eastern seaboard and forces her plane to detour (get it?!) to Buffalo, which freaks out the goal-oriented bride-to-be. To make things worst for her, she’s stranded with the person seated next to her, the heart-broken Dylan, played by Paul Greene (Bitten, Wicked Wicked Games), when they end up in adjoining rooms.

My one major issue in this movie is that for as likable an actress as Bure is, Paige is the absolute WORST. There is no point that the audience should have rooted for everything to work out for her. She deserved everything that was going to happen to her, and it may have not been enough. She was a one-upper and felt it necessary to brag about how perfect of a guy her fiancé was every chance she got. I assume her insecurity and anxiety was supposed to be endearing, but man did it ever take a while for me to see why Dylan kept working as hard as he did.

The best written characters was the couple married for 20 years, Maxine and Frank. Their story and journey was way more appealing than the self-created drama that Paige was dishing out. Maxine — played by Sarah Strange (Level Up, Kindergarten Cop 2) and Frank — played by David Lewis (Grumpy Cat’s Worst Christmas Ever) — are the complete opposite of the type of couple that Paige believes are “soul mates”, but they seem happy, yet also bored. In short, they are a couple that has been together for a long time and they feel like it. The most heartbreaking moment of the movie is when Maxine and Frank are in bed, and she says, “When’s the last time we kissed goodnight?” And he responds, “I don’t remember.” Strange and Lewis do an excellent job of conveying emotion with very little “acting”.

They’re stuck in Buffalo during a snowstorm, so that’s like hell, which is religious. I’m grasping for anything at this point.

These fall in love with total stranger in a few days stories are unrealistic, but somehow effective. It’s because the attraction is pure and not muddled with past bullshit. The only downside to this story is that impressionable people could get a misconstrued idea of what falling in love is and miss out on experiences because they are waiting for love at first sight. Or the mythical ‘spark”. The love story between the 20 years married couple who have is the most grounded one I’ve seen in a while. 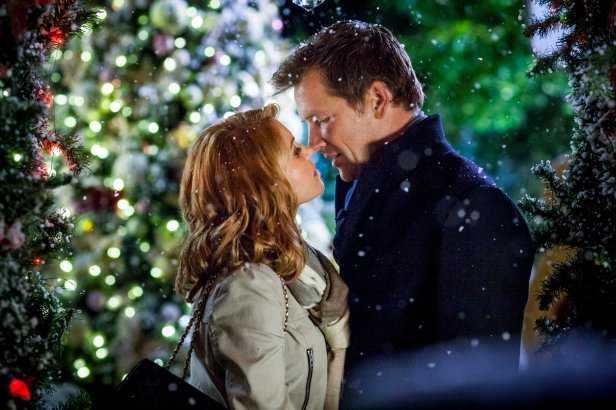 Christmas Detour did a pretty decent job with the Christmas setting, and made sure to have the prerequisite small town Christmas village. What I enjoyed most about the set design was there was a distinct different between the rich family’s set-up and the other areas of the movie. The former was sterile and cold while the latter (even the scenes in Buffalo) felt warm and festive.

If it wasn’t for the awful protagonist, this movie would be a fun G-rated road movie, but Paige ruins it. Bure tries her best to make the character likable, but she ends up playing her more neurotic than she’s probably meant to be. It appeared to be a combination of bad writing, bad casting and bad over all concept, and I don’t know if there was much that could have saved it. Now, if you don’t mind, I need to go look at my vision board. 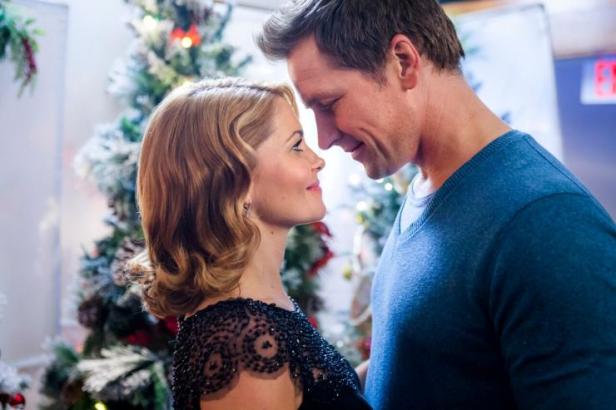