For Part 3, I discuss two games that fell on different ends of my expectations to final product scale. One delivered exactly what I wanted, while the other fell short despite being a terrific game. It is the weird balancing act that the marking departments face when promoting the game, do we over promise to gain attention or do we let the audience organically get excited for it? The former drives sales for the current release but may hurt future releases, and the latter could hurt financially in the short-term but may be better for the game long-term. Either way, the promotion of a game becomes a catch 22 that no marketing professional has figured out completely yet.

There’s a difference between a tough game and a difficult game. The former implies a fair but rewarding experience, while the latter can be frustrating and hard to finish. From Software is the king of the tough game with its previous releases Demon Souls, and Dark Souls 1 and 2 being the torch bearers for this type of game. Most of the deaths are your fault and not because the game decided to give the enemies an advantage because the player raised the difficulty level. These games are not for everyone, but for those of us that enjoy them we wouldn’t want it any other way.

Bloodborne is the continuation of From Software’s latest stretch of games that have brought the mostly unknown Japanese studio into the limelight. Their latest outing is a big departure from the previous Souls games while also being the most inclusive and welcoming in the series. That is not to say it will be for everyone, but the smaller amount of weapons (23 instead of the 120 in Dark Souls), and more straight forward approach to leveling and story progression, it is much easier for a non-Souls game fan to understand and enjoy. The shrinking of the more confusing parts was more to increase accessibility than decrease the toughness of the game.

Bloodborne, like it predecessors, has that moment where you know if the game is for you. It is usually a boss fight or a segment of the game, and Bloodborne’s is the Father Gascoigne fight about 3-4 hours in. This fight is the first where the player is tested on the game’s new mechanic of dodging and using a gun to parry. These types of barrier fights are essential in a game like this because it shows you early on what you are in for, and you will either stop immediately or push through. Since it is well-known that I am a masochist, I think you know which way I went.

There is no better feeling in gaming than continuing to attempt something and eventually succeed at it. Each time you fail, you learn a little something about the fight whether it’s one of the boss’ tells or a strategy that definitely doesn’t work. It is this sort of puzzle solving that is satisfying and reminds me of games on the NES that didn’t care if you could beat them and wouldn’t give you any way to lower the difficulty. This is what made me fall in love with gaming when I was 7 years old and trying to beat the The Legend of Zelda. When I finally completed it a few years later, the satisfaction I felt is why unforgiving games like Bloodborne — if done well — will always find a place in my heart. 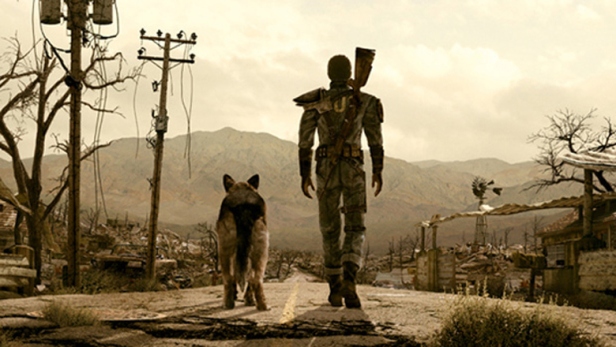 Hype is an interesting thing in a video game’s marketing, it sometimes is created without much effort and at other times it takes an inordinate amount of effort just to get the train moving. This is why announcements for upcoming video games are very inconsistent because some can be years off, while others can be within six months of a game’s release. Bethesda favored the later with Fallout 4, and it was probably just long enough for it to not be a complete disappointment.

I know you may be wondering how a game I found slightly disappointing is still in the top five, and it’s easy, because I expected it to take the top spot. There are three series that I immediately know I will purchase it before seeing a single screen shot: Zelda, Metal Gear and Fallout. While I haven’t enjoyed every entry in those series, I will always buy it. With Metal Gear now all but dead to me and Zelda beginning to test my patience, Fallout is my most anticipated series, so when Todd Howard announced a new one at E3, I was on board the hype train. I even bought the phone game, Fallout Shelter, which I haven’t decided whether it was fun or not yet, even though I put more time into it than I’d be willing to admit. Needless to say, Bethesda had my money the moment Howard walked on the stage that Sunday evening in June.

When November 10th arrived, I woke up at midnight after a short nap to immerse myself in the world of post-apocalyptic Boston. My character is a red-headed Irish woman named Bridget O’Brien, and she enjoys wearing aviators and a motorcycle helmet. For the first 25-30 hours, I was enjoying my journey which included meeting a synth who acts like a film-noir detective and building an Iron Man like storage area in my settlement for my five power armor sets. It was at about this point where I noticed that I was enjoying the side things in the game more than the actual game itself. Building my settlement and giving every house lights and a working ceiling fan became more fun than the story, and before I knew it, I was 70+ hours in and still had a third of the game remaining.

While that may seem like I was happy with the game, I wasn’t, mostly because the story of Fallout 4 wasn’t very interesting and didn’t really compel me to finish it. Even Fallout 3’s weak story intrigued me enough that I wanted to see it through. I was extremely disappointed that the most interesting moments of this game were stories I had created in my head about my settlement. Sure, some of the side stories were interesting but they were more one-offs than a prolonged thread that enhanced the main story. Only one faction’s quest and story is even remotely new and intriguing, and they were instantly the one I gravitated toward.

Despite my disappointment with Fallout 4, it is still a good game. While it still has the normal Bethesda bugs and glitches, the game’s shooting feels great and gun customization is a great addition. The finished product is still worthy of its high prise, but my expectations were so high that anything other than perfection was going to be disappointing. I imagine that if the game was announced earlier than June, it may have actually been lower on this list because the hype would have been ungodly, and I can’t imagine what my level of excitement would be. This is exactly why I’m nervous about the new Zelda game.