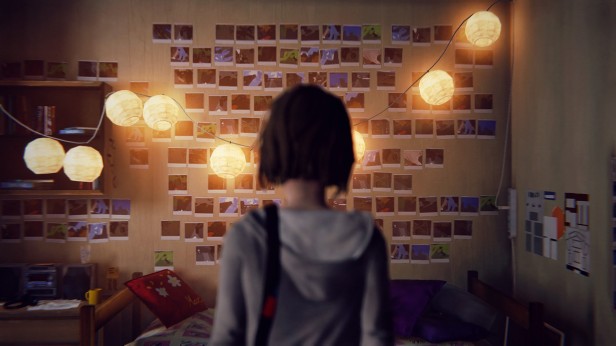 (NOTE FROM MARK: It goes without saying that this will be full of spoilers, so if you haven’t finished or played the game, and do not want key moments ruined, please do not read this until you’re ready. Also, I know we have not published Part 4 yet, but this became such a different article that it needed to go first. Hope you enjoy!)

Death is the most traumatizing event that will happen in your life, whether it is the death of another or the effect of your death on those around you. Even when a death is viewed as a good thing because the person was suffering for a long time, there’s still the feeling that you wish you could spend at least one more day with them. This feeling is exactly what Life is Strange is all about.

On the surface, the surprise hit from Dontnod Entertainment is a teen drama involving the sci-fi tropes of time travel and alternate universes, and it could easily be seen as nothing more than that. But the story it tells is much deeper than that of most video games. It is easy to miss because in an interactive medium the player is concentrating more on figuring out the mystery and “beating” the game than the underlying message that it is trying to pass along.

Life is Strange’s first major event is the death of a blue-haired girl inside the girls’ bathroom at the fictional Blackwell Academy. This is the moment where we discover that the player controlled character, Max Caulfield, can rewind time. The ability to alter time is something that every person wishes they had, even if it was just for trivial things like getting another chance to avoid an embarrassing moment, or to retake an exam.

Over the course of five episodes, Life is Strange’s narrative calls for Max to use her power for a much more noble cause, which in the game’s first act is to save the blue-haired girl’s life. From this point forward, experienced players are ready for a multi-episode arc where the power is used to defeat the “enemies”, and eventually, the game’s “final boss”. But Life is Strange follows a much more realistic path for using this power:  Trying to solve everyone’s problems, including saving your best friend’s life.

As you probably already know if you’re reading this, the blue-haired girl is your childhood best friend, Chloë Price. From the moment this is revealed, the game becomes a lot more personal than defeating some type of evil-doer. Even though it does continue with the red herring of stopping a “Big Bad”, they never pay it off in the traditional way. Essentially the “Big Bad” in this story is you and your feelings toward Chloë, and what keeping her alive actually means. It is the most basic play on Chaos Theory, the Butterfly Effect, or whatever the plot to Final Destination was.

Like in Final Destination, the universe attempts to eliminate Chloë — who is an abomination to it — because she is not supposed to be alive. The game’s creators use these seemingly unconnected near-death experiences to innocuously introduce the deeper meaning of the game’s plot. It is the type of storytelling that comes at you in waves as you think back on what you have experienced. Each new revelation adds another layer that changes the way to feel about earlier events. It all starts on the first day when you witness Chloë die, which is an event that only gains its deeper meaning later in the episode.

It is at the midway point of episode 1 that it is revealed to both Max and the player that the girl you saved earlier was the same person who Max felt guilty about not keeping in touch with over the last five years. Both of you subconsciously decide to use this event as the catalyst to reconnect with her. It is subtle, but effective. The game does not beat you over the head with this thought, but it is what makes you fight the universe, which will not stop until she is eliminated. This includes a last ditched effort to destroy your entire town with a tornado.

You, as Max, continue to fight as you try to unravel what you believe is the true mystery of the game. What the writers cleverly do is use the overarching conundrum to hide — until the very end — that the “mystery” is not something that needs to be solved because if the original timeline had continued, everything you’ve been investigating would resolve itself. No, what you’ve been doing for the last 15 hours (or 5 days in Max’s case) is spending as much time with a friend that you saw die; One that you are not ready to let go of yet. A feeling that is not foreign to me. 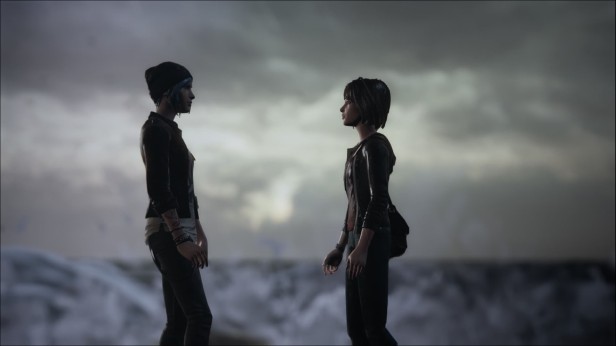 Five years ago, I lost an uncle who was a father figure and my main male role model after my parents separated. He treated me like a son and even allowed me to work with him during my summer vacations in college. There is not a day that goes by that I do not wish I could spend at least a few hours sharing a beer at our favorite bar. What I would do to have Max’s abilities to go back and visit him just one more time, but I also realize that this is impossible and an unhealthy thing to dwell on.

Life is strange is essentially a five-episode game that fulfills this wish for the player through Max. It is not unusual to selfishly want to spend more time with them, but even if this occurred, it would never be enough. Where exactly would you draw the line: A day, a week, forever? This is what both you and Max struggle with as the game heads toward its conclusion and the binary final choice, which is unfairly seen as cheapening the experience because it does not allow for a “happy ending”.  For those paying attention during their time with the game, “happy” was never going to be the outcome of this story.

The choice has become known as choosing the Bay, as in the town of Arcadia Bay, or the bae (I know, I hate it, too), as in Chloë. But it is not as black and white as that, and it is not as simple as the very video game-y decision of whether to allow Chloë to live or die. It is more nuanced than that, and is more about Max’s mental state than her role as executioner.

Max must decide if the five days that she spent with Chloë were enough for her or will she selfishly choose to continue this fantasy of hanging out with her best friend (or lover if you chose that route). She has already enjoyed more than anyone will ever get to share with a parent, best friend, beloved aunt/uncle/cousin, husband/wife, or sibling that has died. This is why her choice isn’t so much about Chloë’s life, but rather if she is ready to let go. It is essentially the struggle to get to acceptance in the Kubler-Ross model in a video game, and it is so well done. It is a unique experience if you are not afraid to feel those emotions.

Unlike most people, Max goes through this in a very short period of time, and as an 18-year-old, it is very plausible for her to choose either ending. Some teenagers are selfish, while others have matured enough that they understand the complex idea that you can’t always have what you want. This doesn’t mean either choice is wrong because you are playing Max the way you believe that “your Max” would act, which makes yelling at others for choosing an ending you did not choose a very futile exercise. There are perfectly valid arguments for both, but the final choice doesn’t really change what the ending really represents as it is something that each side should understand.

For those looking for a third ending, which allows everyone, including Chloë, to live; you are not emotionally ready for the real world. Sorry if this is the first time you are hearing this, but not everything in life wraps up perfectly, and you shouldn’t expect every story to end like a fairy tale. The entire run of Life is Strange constantly shows that you cannot make everything perfect. Sure, you can save Kate from jumping off the roof, but you mostly do that without your rewind power.

And for every happy moment like that, there’s a choice that is done with good intentions, which will have terrible repercussions. As the proverb goes, “the road to hell is paved with good intentions,” and while hell in Life is Strange is not the biblical location, it is an alternate time where things did not work out how you intended. A full happy ending is never realistic to expect. The end of episode 3 is the shining example of this because saving Chloë’s Dad begins a chain of events that leads to Chloë being paralyzed from the neck down and asking you to end her life. People who want no-consequences-everything-is-perfect conclusions are not ready for mature storytelling and they’re never able to get past the denial stage.

What no one tells you is that the five stages of grief are a very fluid range of emotions. It is true that over time you do get to acceptance, but there are fleeting moments when you return to anger. As I have learned, it is more important that when these moments occur, you let the emotions of each stage wash over you and then find your way back to acceptance. It is never a linear path, and some trips take longer than others, but it is something you must work through because you cannot allow yourself to slide past anger because once you return to denial, it may be hard to come back.

Life is Strange’s endings encapsulate this tipping point, and it shows you what you are willing to sacrifice to either stay in denial or learn acceptance. Saving Arcadia Bay is accepting that Chloë is gone while keeping Chloë alive is denying that the opening event ever happened and sacrificing an entire town to keep this true. Each ending is bad, as well as good, but the only thing that matters is where you feel Max is emotionally at the end of the game, and in turn, where you are. While the story and ending seem simple, Life is Strange is a struggle through complex emotions through the eyes of a teenage girl in the Northwest. It is a subtlety-deep narrative that you will never forget.