Killed by their own blood. It happens a lot in Westeros, but it doesn’t make it any better for any of these guys when it happens, whether it’s getting stabbed in the gut by your bastard son or tossed off a rope bridge by your brother.

The Wildlings took a hold of Castle Black and imprisoned those that iced Jon Snow (pun intended). That Ron Paul-looking sonofabitch is going to have to answer to someone; whether that person is Tormund Giantsbane, Ghost, or the New or Old Gods, that remains to be seen.

Still blind, and still getting beaten by that waif chick, but she’s starting to understand what it means to be one of the Faceless Men. She took a big leap this week to maybe hopefully getting her sight back and being trained under Jaqen H’ghar.

One of the major takeaways from last week’s rankings was that how much the females of Westeros were running shit. The same can’t be said for Yara, who may have had the most to lose with the death of her father. It’s going to be a long time before she can lead the Iron Islands.

Jaime’s been away from King’s Landing for a while, but he’s starting to make enemies with the wrong people right now. The High Sparrow’s got a lot of pull in King’s Landing and if Jaime isn’t too careful, he’d be lucky to find himself in a jail cell.

She’s got Zombie Mountain going around and taking out dudes that showed their dick to the queen, but she’s stuck in the Red Keep under her own son’s orders. She lays a nice guilt trip on him, though, so maybe she’ll move up the ranks next week.

Not such a dead guy anymore, amiright?

Last week: Not ranked and 4

Ser Davos has a pretty badass moment when Alliser Thorne is trying to break in and get Jon Snow’s body and Melisandre comes through in the clutch; they won’t find out until later that what they did actually worked, though. 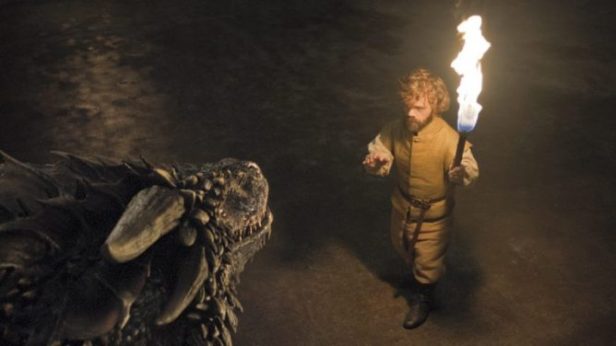 Tyrion’s always been obsessed with dragons, so this is his first step to actually riding one, which is actually a pretty popular theory that book readers have. We shall see what happens with that, but the dragons will play a huge role in the series at some point, so this is the first step in that direction.

3. Brienne of Tarth and Sansa Stark

We didn’t spend that much time with Brienne and Sansa, but they parted ways with Theon, who’s kind of a fuckup. They’re heading to Castle Black to find Jon and it’s unknown what kind of state Castle Black will be when they get there, but with Ramsay now the Lord of Winterfell, one would think that he is not too concerned about where they’re headed.

Even though Ramsay Bolton is crazy as fuck, he gets the job done. With a brand new baby brother in the mix, he knew he had to do something if he wanted to be a lord… and that means he needs to gut his own father. It’s a power move to say the least, and sicking the dogs on an infant reinforces his craziness.

If there’s anyone that’s in a place of power, it’s Bran Stark, who’s kicking it with the Three-Eyed Crow and learning some shit about the world around him. If I have a prediction, this is where we’re going to find out one of the most popular theories (R+L=J) is true. And Bran’s going to be the keeper of that info.