After the final moments of last week’s episode, you knew the last shoe was going to drop for these traitors. Now, there watch is ended, and it’s good riddance to that Ron Paul-looking sonofabitch and that little bastard, Olly.

Sheesh. If there’s anything that may rival being dead, it’s being in the hands of Ramsay Bolton. Best-case scenario for Rickon is that Ramsay stabs him in the gut like he did his father, Roose. Worst-case scenario: Rickon is losing an appendage he hasn’t grown tired of yet.

A lame duck reign if ever there was one; King Tommen has lost control of his empire. Whether he’s being bossed around by his mother or being ignored by the High Sparrow, Tommen can’t get a damn thing done. Say what you will about his brother, Joffrey, but that kid got results. Oh, and his hot piece-of-ass wife is still in prison. 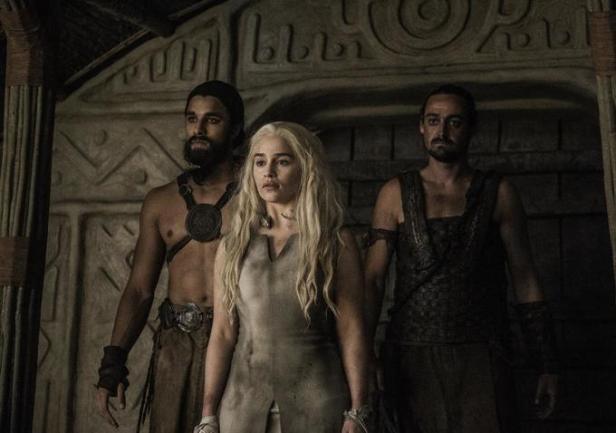 Last time we saw Dany, she was on the road with the Dothraki and was given the news that she’d be sent to live with all the other widowed Khaleesis (or is the plural just Khaleesi?) awaiting to find out what’s to become of her. Also, she’s trapped in easily the most uninteresting storyline, so that sucks.

Dude spent his whole portion of this episode throwing up due to seasickness. Nobody wants that. 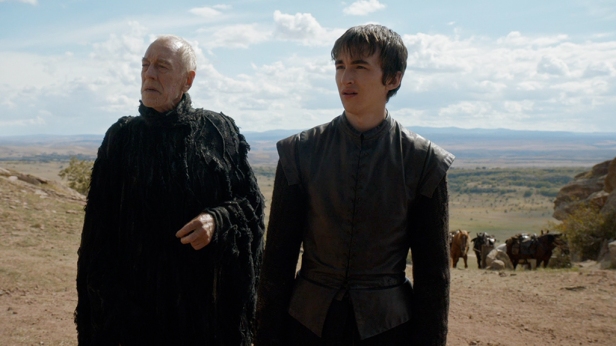 Bran is still in the safest place he could possibly be, but the kid is starting to get anxious and impatient. Things are also going to go south shortly when he starts learning the harsh truths about the history of his world.

Smalljon struts into Winterfell and starts telling Ramsay what’s up. This little-seen character isn’t afraid to tell Ramsay what he thinks of him and his dead dad, but he knows he needs the help of the Boltons as the Wildlings have now come past the Wall. Rather than kneel and kiss the ring, though, he gives Ramsay what he wants: Rickon Stark. 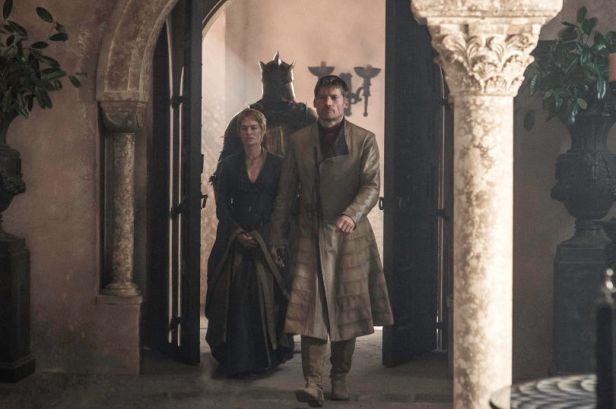 Last week, those two loving siblings were off on their own; this week, they were a united front as they defied the council with the help of terrifying Zombie Mountain. They’re making some moves to take back King’s Landing, which may involve a trial by combat, so we’ll have to see how this plays out.

While Tyrion is dicking around with Grey Worm and Missandei, Varys is back to his old ways of getting info. This time, Varys is trading safe passage out of Mereen to a prostitute for information on who the Sons of the Harpys are working for. For a guy with no dick, he sure is a man of action.

Besides being called out on killing his father, Ramsay’s life is still pretty okay. Now, he has an ally in the north in the Umbers and he has a new bargaining chip/plaything in Rickon. The sociopath in Ramsay has the hugest boner right now. 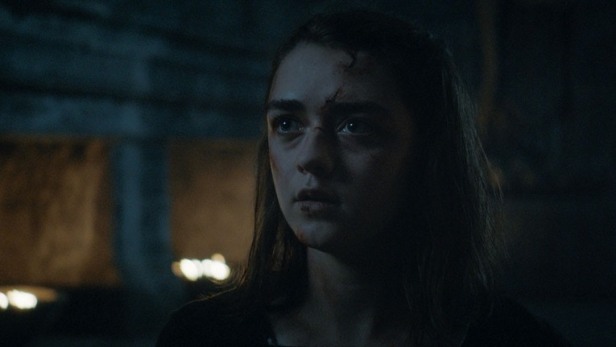 Life gets pretty great when you get your eyesight back. Arya started to hone her skills as a blind fighter, like Zatoichi or Daredevil, but once she did, she was rewarded with her ability to see and she’s well on her way to becoming one of the Faceless Men.

Coming back from the dead and not being a White Walker is pretty sweet. Just ask Jesus. Jon Snow took the opportunity to reluctantly smite his attackers and then toss off his Lord Commander jacket. As a friend mentioned, technically his watch is ended now that he has died, so Jon wastes no time in disregarding his oath in, hopefully in favor of some warmer climates.