Hold that door, you lovable oaf. You will be missed. 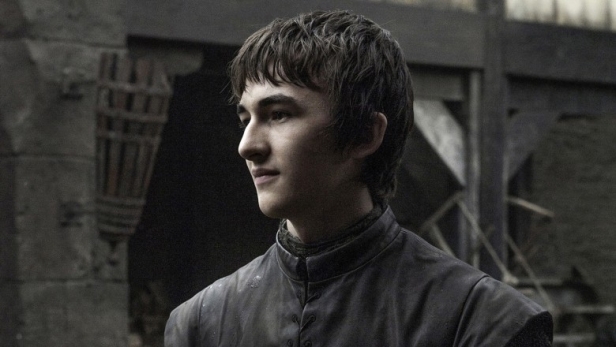 It’s real shitty to have the White Walkers after you; it’s even worse when the Night’s King straps a Lowjack to your wrist (remember Lowjack?). This is still the most interesting storyline going on, but Bran’s life has gotten infinitely worse than ever before. And this is a kid that fell out a window in episode one.

Still has greyscale, but Dany more or less says she’d fuck him if he gets that cured, so things are looking up for this old man. It’s too bad he didn’t realize that Tyrion and Varys were hanging out with a Red Priestess; she may have had a cure for him. Now he’s just going to walk around for a while and hope to trip over an answer.

He’s the Lord of the Iron Islands, but now he’s got to wait around for the schmucks in his navy to build a whole new fleet of ships. By that time, George RR Martin would assuredly have written the last two books, right?

So they now have a whole bunch of ships, but they don’t have the Iron Islands. It could be worse, but it could be a whole lot better.

Little Finger gets taken to fucking task in this episode, as Sansa basically says, “Hey, I totally know that you knew I was going to be brutally raped continuously by that sociopath you gave me to. I’m super pissed about that, fuckwad.” Also, he probably sent that note to Jon, pretending to be Ramsay. He’s always got his machinations somewhere. 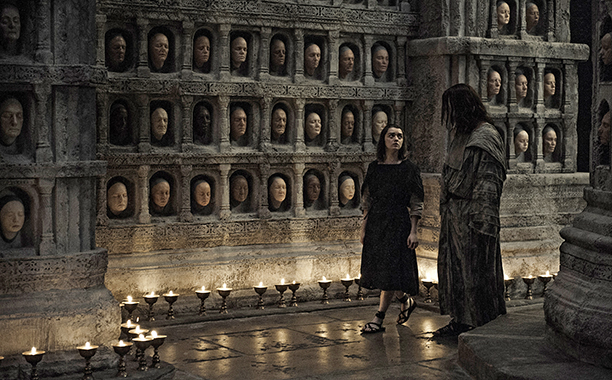 Arya’s back on track to be one of the Faceless men, but Jaqen H’ghar has made clear that this is her last chance to prove herself. It seems like she’s up to the task, but she definitely had some feelings when she saw her father portrayed as a buffoon during the stage play.

She’s got a big ass army, dragons, and fabulous hair. The only thing she needs now is a fleet of ships. Euron didn’t have a terrible idea about aligning with a woman that has dragons, but maybe it’ll be an even better plan if this turns out to be the way Yara and Theon choose to go about it.

We got a posse! Everyone loves a good posse and this one is going to be pretty sweet. Hopefully, they’ll be doling out some justice to House Bolton, Tombstone style.

Yeah, it’s pretty great to be an undead badass leading an army of undead. His endless power is only matched by his inherent power to make everyone he meets shit themselves in fear. And the fact that your one weakness is hard to come by makes it even better. Yep, everything is certainly coming up Milhouse for the Night’s King.