Monday was Memorial Day, and if you’re like me, you have traditions for Memorial Day. Maybe you have a killer hamburger recipe just for the occasion, or maybe you spend the whole day glued to the war movies on AMC or TCM. For me, I watch two movies: Jaws and The Sandlot. Both of these movies are pinnacle “summer movies” for me, so I always try to watch them on the unofficial kickoff to the season.

Last year, I looked into the whereabouts of a few kids from Kindergarten Cop, so I decided to investigate the kids that made The Sandlot one of the all-time best baseball movies. Here’s what a few of the cast members have been up to.

Character: The narrator of the story, Scotty Smalls is the main character and the stand-in for the audience. He starts off as a brainy outsider, who is brought into the group of kids by Benny and ultimately sends the Babe Ruth ball over the fence.

Who Played Him?: Tom Guiry

Where is He Now?: Tom Guiry stayed busy through the 1990s and early 2000s, landing roles in high-profile projects such as U-571, Black Hawk Down, and Mystic River. His last major role was as one of the leads of the short-lived series The Black Donnellys. Most recently, however, Guiry made headlines for his arrest following a DUI and head-butting the arresting officer. You’re killing me, Smalls.

Character: Benny the Jet is the best ballplayer of all the kids from The Sandlot and is the one kid that gives Scotty Smalls a chance. Every one of the kids looks up to him and he’s the one that finally gets the best of the beast in the end.

Who Played Him?: Mike Vitar

Where is He Now?: After The Sandlot, Mike Vitar wound up in The Mighty Ducks franchising, playing Luis Mendoza in the first two sequels before ultimately retiring from acting in 1997. Since then, he has been a Los Angeles firefighter and, like Guiry, has found himself on the wrong side of the law. On Halloween in 2015, Vitar, along with two other firefighters, was involved in a nearly fatal altercation and now faces up to four years in prison. 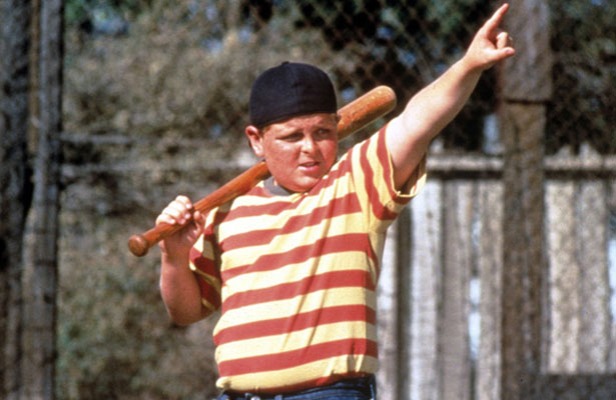 Character: Hamilton is the wise-cracking chubby kid that hit the first baseball over the fence, which led Smalls home to fetch the ill-fated Babe Ruth ball. He’s also the one that can be heard repeating the line “You’re killing me, Smalls!” which has since become one of the most popular lines of the film.

Who Played Him?: Patrick Renna

Where Is He Now?: I’m glad to report that unlike the previous two entries of this list, Patrick Renna hasn’t done anything that can ruin your perception of the Great Hambino. Renna starred in other early 90s fare like Son-in-Law and The Big Green, and kept busy through most of the 90s in guest roles on television series such as Boy Meets World, Home Improvement, The X-Files, and a recurring role in Boston Legal. Recently, Renna produced his first feature film, Bad Roomies, which he also stars in (Side note: it bares a striking coincidence to a terrible college film I made; I’m not claiming theft, it’s just something that should be noted). 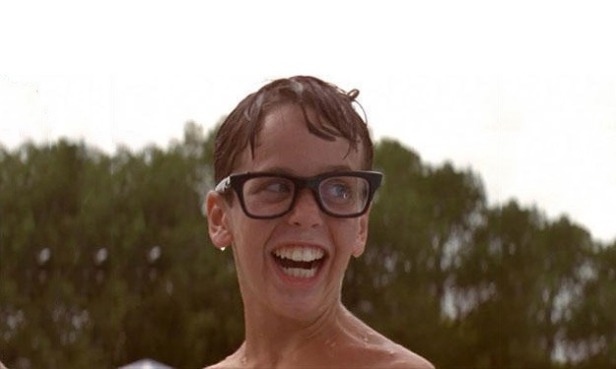 Character: Squints steals a few scenes in the movie, though he never really factors into the overall plot of the movie. He’s the short in stature but big-on-balls kid who put the moves on the hot older lifeguard, Wendy Peffercorn. He’s also the one that tells the urban legend of the Beast and his line “FOR-E-VER!” has become one of the most enduring moments of this classic. Squints has also become a popular Halloween costume.

Who Played Him?: Chauncey Leopardi

Where is He Now?: Chauncey spun off a few assorted family-friendly movies in the 1990s, including The Big Green (with Patrick Renna), Casper, and Houseguest. Later on, he had recurring roles in Freaks and Geeks as well as Gilmore Girls. While he has been quiet on the film and TV front recently (including a six-year break before a role in the 2013 film “Coldwater”), Leopardi reprised his role as Squints in the 2007 sequel The Sandlot: Heading Home, which features a time-travelling Luke Perry. 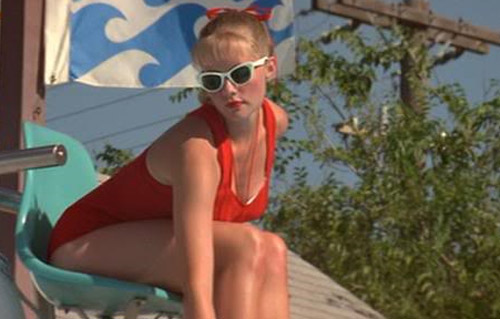 Character: The lifeguard that drives Squints crazy, according to the film’s postscript, she would eventually marry Squints and have nine kids.

Who Played Her?: Marley Shelton

Where is She Now?: Probably the most recognizable actor that didn’t have a name before The Sandlot, Marley Shelton has carved out a very nice career for herself since she was oiling and lotioning all day long. Besides starring in 90s fare like Never Been Kissed, The Bachelor, and Pleasantville, Shelton has worked with heavy-hitting directors like Oliver Stone (Nixon and W.), Robert Rodriguez (Planet Terror and Sin City), Quentin Tarantino (Death Proof), and Wim Wenders (Don’t Come Knocking). Her most recent project is Heaven Sent, a 2016 Christian film directed by Michael Landon Jr.

One thought on “What Happened to Those Kids From The Sandlot?”