There’s nothing worse than being dickless in a whorehouse… unless you’re Yara, who seemed to be having a lot of fun.

Ian McShane is always a badass, but he’s the only major character that died in this episode, in the exact way the Broken Man said it would happen, which kind of sucks to be warned about something and then just do nothing to prevent it.

Gutted by the Waif. Should’ve seen that coming. But she’s still alive for the time being. And it looks like she does some parkour Jason Bourne style shit in the next episode, so hopefully things turn around.

Edmure’s just a goddamn pawn all over the place. The last time we saw him, he was getting hitched to a Frey daughter. Now, he’s getting paraded around having his life threatened all the time.

Along with Jon and Ser Davos, Sansa is going on a thankless journey to round up people to fight against the Boltons. Even worse, she has to reach out to the one person she doesn’t want to that happens to have men: Littlefinger. It sucks to swallow your pride, even worse when you have to do so with the guy that sold you to a sociopath rapist.

Jon Snow is basically one of those people that you find on the subway talking about how bad their life has been and just needs a couple of bucks to eat. It’s kind of sad.

Banished from King’s Landing, Jaime’s now stuck hanging out with Bronn as they are basically doing bitch errands for brainwashed King Tommen. He even gets told to go fuck himself, essentially, which sucks. I’m sure he’d rather be bending his sister over, which is kind of weird, but it’s one of his major character traits.

Olenna is the baddest bitch in all of the Westeros; she’ll even throw shade at Cersei who just stands there and takes it. Too bad she’s in the High Sparrow’s crosshairs, though, or else she’d be higher.

The Hound is back and he has an axe. If the final episodes of this season are just him going around killing people with an axe, I’m okay with that.

I barely have any idea of who Blackfish is in the grand scheme of things, but this guy just told the Kingslayer to go fuck off. I have the utmost respect for this guy. 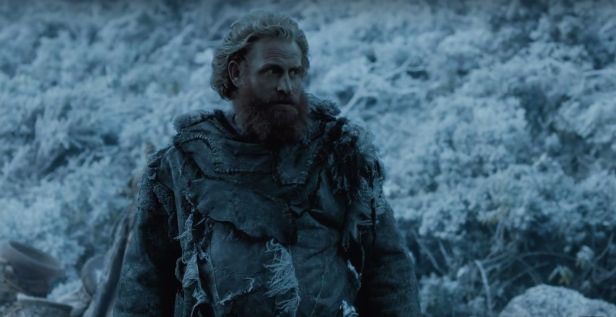 Tormund had one scene, where helped convince his Wildling brethren to stand with Jon Snow. But his entry is about his hair; it’s goddamn glorious in this episode. 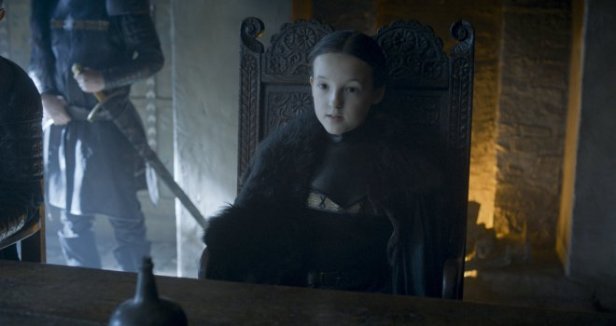 This girl has a bright future, I don’t care if she only has 60+ men. She commands respect from anyone around him despite being in grade school. I don’t know much more about this character, but she’s a badass already.