PLOT: A shock jock podcaster takes a trip up to Canada to interview a viral sensation. When he finds out his subject has committed suicide, he travels to a secluded mansion in hopes to interview the owner, an old man who promises tales of his long life at sea.

Kevin Smith is the reason I went to film school. When I was 16, I saw Clerks for the first time. Not only did I love it but I said: “I can do that.” As I’ve gotten older, while I still hold Clerks in high regard, I feel like I’ve outgrown his whole shtick. I give credit to him that he’s been able to define his own career, whether he’s just touring the country doing speaking engagements or creating his own podcast empire, but the appeal of dick jokes can only sustain a person for so long. Not fart jokes, though. Farts are hilarious.

Justin Long plays Wallace Bryton, a successful podcaster that’s just a little bit north of the “I’m a huge asshole” line. He heads up to Canada to interview “The Kill Bill Kid”, a viral sensation that’s kind of like the Star Wars kid if he accidentally cut off his own leg with a real lightsaber. Before he can interview the kid, however, “The Kill Bill Kid” takes his own life, leaving Wallace without a story for his next podcast. Luckily, Wallace finds a handbill in a public bathroom that is advertising a room for rent and tales of a life at sea. That’s where things get fucked up.

(Note: Here’s the podcast which was the inspiration for this story)

With Tusk, Kevin seems to push himself further into the horror genre and I’m kind of happy about that. With this film and Red State before it, he’s been able to show an affinity for direction, which he always said he wasn’t good at directing. Maybe his comedies have always been able to get by on a “point a camera at the dialogue” mentality, but horror needs more. Horror needs to be able to capture the tension that makes it horrible. For the first half, I think Tusk does that.

The second half, though, seems to drag out the natural conclusion of everything, which his hard to do for a movie that doesn’t pass the two hour mark. For one thing, the second half essentially kicks off with the introduction of the detective, Guy Lapointe. In a movie which is, up until that point, economical in the dialogue (save for Michael Parks talking about his walrus friend), Smith gets a little too wordy with Lapointe, possibly because it is a major cameo. Lapointe blabbers, stops, starts, stops again, for a while before he ever gets to a point and it just seems to drag the movie down.

Gore probably isn’t the right word, but it’s the closest thing we probably have. Tusk isn’t necessarily gory, but the body horror in this film makes you about as uncomfortable as any average splatter film. Legs are amputated and skin is… altered. It’s fucked up. 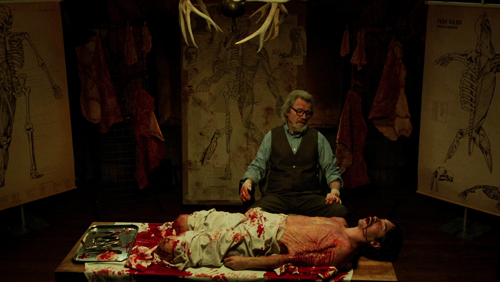 This is as scary as you find creepy old men in the middle of nowhere. It’s not scary in the usual sense, but it’s kind of unnerving to think about being turned into a walrus. It kind of hits the same notes as The Human Centipede does. I don’t want to be a walrus, but I think there’s a slim chance of that happening.  The reveal of the creature, though, is pretty unsettling. 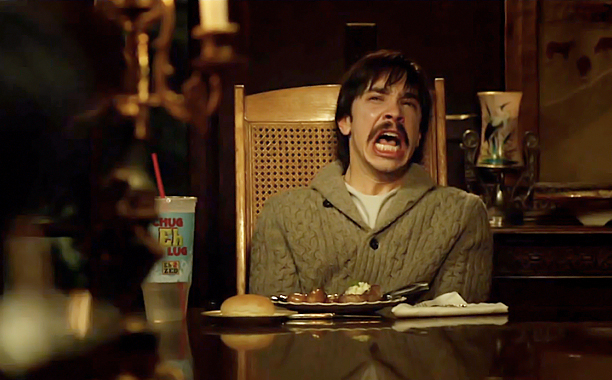 We get to see Michael Parks’ ass, which will probably please some old man fetishists, but that’s generally it. We do get a quick sex scene between Justin Long and the uber hot Genesis Rodriguez, but it’s all off camera, so you’re left with Justin Long’s off-putting, mustachioed “O-face”.   (But seriously: Sweet sassy, mollassy)

I dug what this movie was doing overall, but it feels like two different movies once Guy Lapointe makes his appearance. The first half is a tension-filled body horror film, but gives way a little bit to Kevin Smith’s tendency to overwrite things. The momentum of the film kind of comes to a screeching halt that has me thinking that this may have been better if it was maybe ten minutes shorter. I think Smith does a great job behind the camera, though, on this one and I think he has quite a career ahead of him in the horror genre. 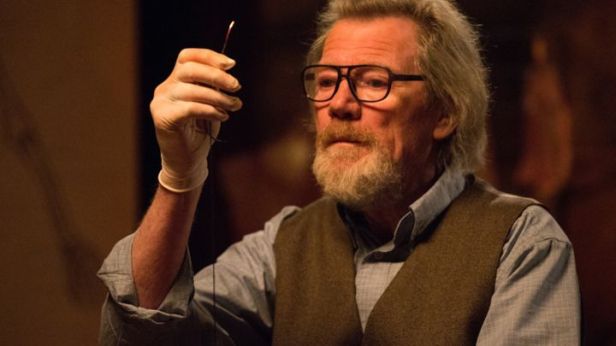