PLOT: A man attends a dinner party hosted by his ex-wife and her new husband, and starts to suspect that they have sinister intentions for the evening.

They’re your ex for a reason. That’s the old adage when someone is faced with whether or not they should get back together with their ex. Maybe that ex cheated, maybe they were abusive, or hey, maybe they’re crazy enough to join up with some sort of death cult and try to poison you and your good friends at a dinner party. It could happen.

The Invitation redefines “slow burn”. Halfway through this movie, I had to go on IMDB to spoil it for myself; not because I wanted to know what was going to happen, but I didn’t want to waste anymore of my time if the “horror” never paid off. Luckily, this movie does, eventually, pay off the tension that fills most of the runtime. It’s one of those movies where one person thinks someone is crazy, but then everyone thinks that they are in fact crazy. I think “gaslighting” is an appropriate term for this movie, for all of you in the know.

There are not too many recognizable faces in this one, but I think that adds to the film’s overall effectiveness. The most recognizable face is probably John Carroll Lynch, who is basically the Zodiac Killer from Zodiac; personally, he’ll always be Drew Carey’s brother from The Drew Carey Show. But we also have the lead played by Not Tom Hardy (Logan Marshall Green) and the good Daario (Michael Huisman).

Gore is pretty light in this film; it’s all concentrated into the last 15 minutes, so it’s not quite high on the volume. Even when the shit hits the fan, it doesn’t go completely balls to the wall. 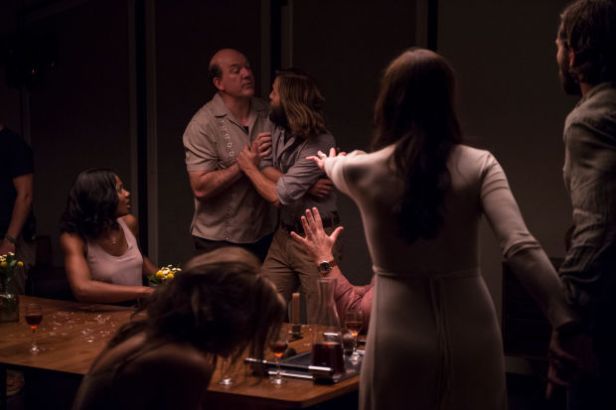 Not really scary, per se, but tense as fuck. The filmmakers really don’t let up from the beginning until the very end. Every word, every inflection that every character says is analyzed, brooded on, and ultimately the ending justifies it all.

Not too much. There’s a brief glimpse of a nipple, so it can’t be posted on Instagram (#FreetheNipple), but other than a dimly lit shot where a female character is only wearing a shirt, there’s not much here. All of it is tasteful and not exploitative in the least. 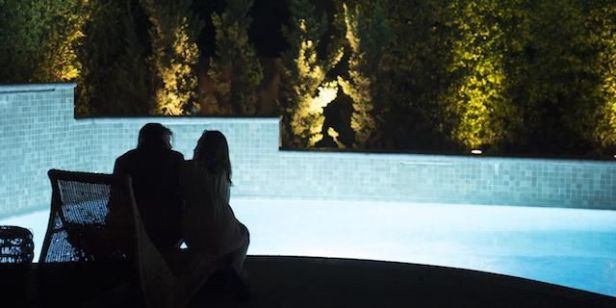 I really liked this movie. It may not be a horror movie in the traditional sense, but it does a great job of building tension. The acting is solid and the direction is very well done, and a female director, too. Logan Marshall-Green carries this film, but the entire cast comes together to make one movie that truly plays on your anxieties.