PLOT: A young widower receives a ventriloquist dummy in the mail, which brings him back to his hometown to uncover the legend of Mary Shaw, an old vaudeville performer that still haunts the town.

It seems like such a stupid concept: an evil ventriloquist dummy terrorizing a grown man, who has easy access to fire and probably a trash compactor. This movie works, though, and it has mostly to do with James Wan’s direction. He’s able to turn what could be a laughable concept into an effective ghost story, thanks to great makeup effects and some truly creepy set pieces.

Some pretty graphic death scenes, but not too much gore to go along with it. All the victims of Mary Shaw are killed and have their jaws ripped open to resemble dummies, so it’s a disturbing image, but bloody splatter isn’t part of the scene.

I’m not really into ghost stories, and even less so with movies about evil dolls, but this movie was pretty effective. The makeup work on Mary Shaw works really well (similar effects James Wan seems to have perfected for Insidious), and the set pieces work to add to the terror. It didn’t keep me up at night, but Wan definitely has a knack for setting an atmosphere that’s plenty unnerving. 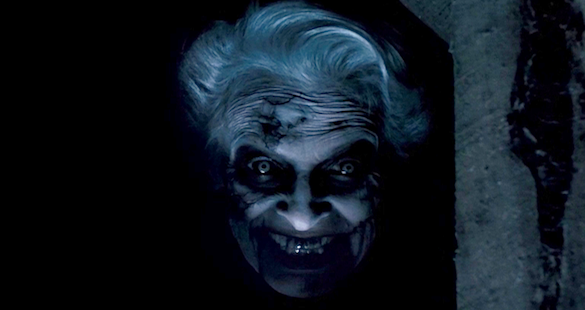 Nope. Nothing.  Ryan Kwanten doesn’t even take his shirt off.  Bullshit.

I really enjoyed this movie, which was actually quite surprising to me. Going into it, I didn’t think a movie about a haunted dummy would be an effective story outside of the work of RL Stine, but this movie works to a surprising degree. It’s a pretty quick film, and it has a feel to it that almost reminds me of an episode of The Twilight Zone or a Vincent Price movie from the 1950s.

The set pieces are gorgeous, and even Donnie Wahlberg gives a decent, albeit hammy performance as the detective. While it can be a derivative ghost story at times, it has an interest ending that may be a little under-developed, but still works. 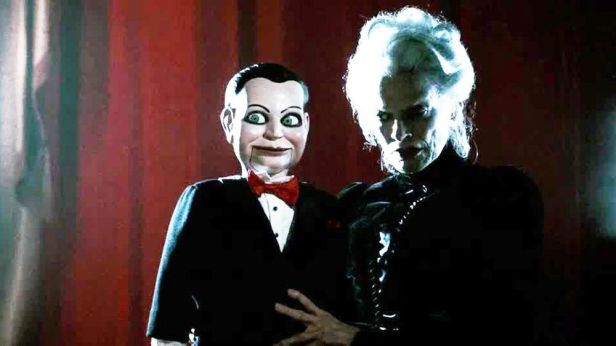