PLOT: The backwoods Firefly family goes on a killing spree as they run from a vengeful sheriff.

I guess this is actually my first complete step into the world of Rob Zombie. I once tried to watch his version of Halloween, but couldn’t get through it. It wasn’t the gore, but I reacted negatively to the back-story that he decided to give Michael Myers. After watching The Devil’s Rejects, it feels like he set out to marry the world of Halloween with the one he made with House of 1,000 Corpses and The Devil’s Rejects.

I’ll say one thing: Rob Zombie is a very competent director. He has a vision and he is able to achieve it, no matter how fucked up his vision happens to be. This is a tough movie to watch. It’s gory, violent, and almost irresponsible in the glorification and glee that it happens to take in the Firefly family’s… let’s say hijinks. It’s also kind of unnerving the amount of times that rape is threatened on female characters, but this is the world that Zombie has created. It’s filthy, it’s vulgar, and dangerous. It’s a well-made film, but one I probably won’t be revisiting anytime soon.  But hey, we get to see horror icons like PJ Soles, Michael Berryman, and Ken Foree in this one.  That’s pretty cool.

The gore is through the roof. Rob Zombie doesn’t exactly shy away from showing how gruesome some of this stuff can get. Whether it’s what a well placed club can do to a skull or what an 18-wheeler could do to a young woman, the blood and guts are literally everywhere in this one. 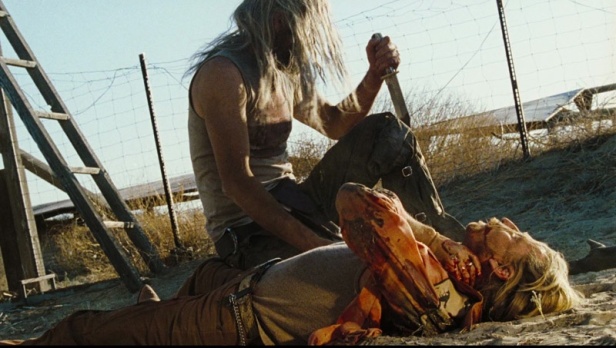 As someone that doesn’t get scared at movies too easily or doesn’t get too squeamish at gore, this movie was really uncomfortable to watch at times. The Fireflys are a hate-able group of people, and they do insanely heinous things. I found myself watching with a clenched jaw most of the movie, which I guess is about as effective as a movie that’s trying to scare. 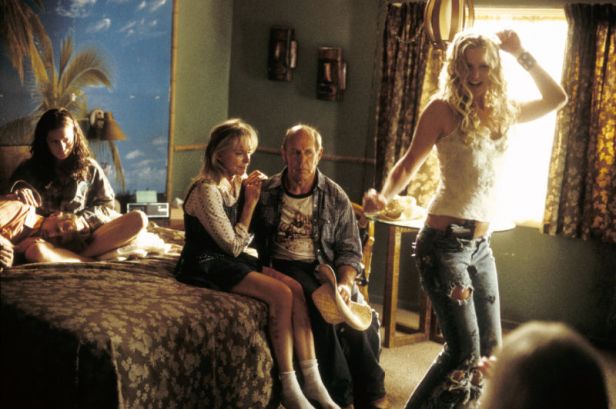 I can’t say that I “enjoyed” The Devil’s Rejects; it’s not exactly a fun time, but I can’t deny that this is a well-made movie and that Rob Zombie is a talented director. I think Bill Moseley as Otto stands out in the acting department; Sid Haig’s Captain Spaulding is the flashier character with the clown makeup, but Otto is a much more dynamic character. Sheri Moon is lucky she’s pretty and is sleeping with the director, because her acting is the weakest of the three. Otherwise, this movie does the job that it sets out to do, and that’s to make you feel uncomfortable and to offend. It’s not a world I’d be looking forward to revisiting, but this one is pretty well done.