PLOT: An imprisoned Victor Frankenstein recounts his attempts to create life and how his creation became tragic.

Now that I think of it, besides Young Frankenstein, this might be the first theatrical adaptation of Mary Shelley’s classic that I’ve ever seen (though, I would also watch another one this week. Stay tuned). The Hammer films are often considered the second-best versions (if not the best) of the classic tales of Dracula and Frankenstein, so what better place to start then at the beginning.

The Curse of Frankenstein is the UK company’s first foray into their classic retellings and the first full-length color feature, and I couldn’t help but enjoy this adaptation. As compared to the Universal film Frankenstein, this one is all about Dr. Frankenstein, here played by the great Peter Cushing. It’s a dynamic performance by the iconic actor, as this film is more of a story about Dr. Frankenstein’s descent into madness than it is about a creation of something beyond his control. Sure, we also get to see Christopher Lee as “The Creature”, which is also pretty cool, but this is Cushing’s movie and he’s perfect in the role.

The scene where Paul shoots the monster in the eye is pretty gory for the standards of the era; it’s pretty tame by now, but it’s moments like this where Hammer set themselves apart from what Hollywood was prepared to do. 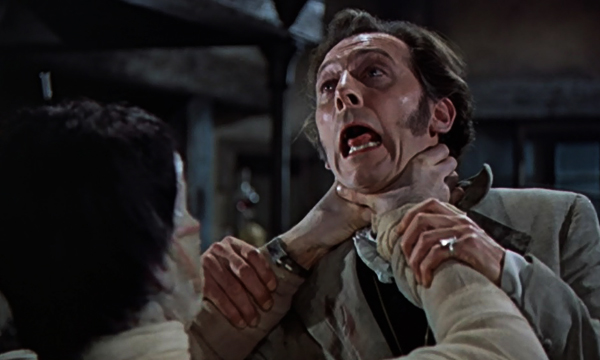 There’s nothing here to freak anybody out. There’s some unsettling moments, like the creature killing a blind old man, but that’s essentially it.

There are some brief mentions of sex and a child conceived out of wedlock, but nothing else. This was the start of Hammer’s impressive run of films (the first in color), so it’s pretty buttoned-up compared to where they would eventually end up.

I really enjoyed this interpretation of Frankenstein. It set the stage for a number of sequels and even opened the door for the company’s run of Dracula films. Peter Cushing is the highlight here, but it’s also cool to see him paired with the equally great Christopher Lee. It’s a wonderful adaptation and one that offers more to a contemporary audience than the original Universal output. 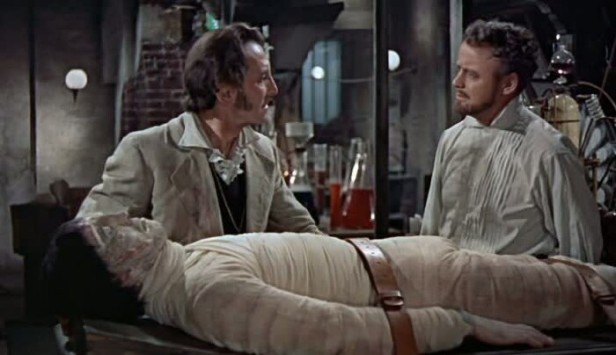