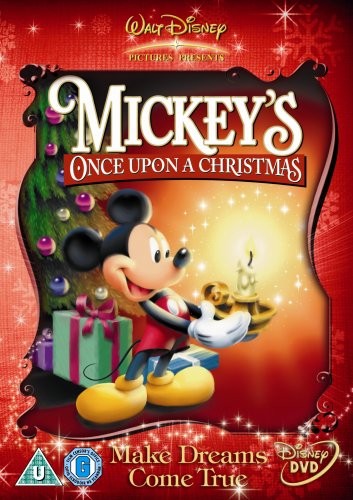 PLOT: A Christmas themed, three-part anthology-style video. The first part, “Donald Duck: Stuck on Christmas”, Next is “A Very Goofy Christmas”, and finally, “Mickey & Minnie’s Gift Of The Magi”.

When we think of adult subtext in animated movies, we usually mention Pixar and for good reason because films such as, Inside Out and Up, emotionally connect with both parents and children. It is rare that an old Disney animated film explores areas that have deeper meanings for adults than kids. Surprisingly, all three shorts in Mickey’s Once Upon A Christmas do just that — in one way or another.

Mickey’s Once Upon A Christmas opens with a tale involving the still pants-less Duck family. The basic premise is that Huey, Dewy and Louie are acting like spoiled brats during Christmas and wish for it to be Christmas everyday. After spending two days being selfish, the trio learn that it more important for everyone to enjoy the holidays. The part that reaches adults is shown through Donald emotion throughout the day because all he wants to do is enjoy Christmas but his nephews are making it impossible. It is that feeling we all have that we want to both make the little ones happy and relax ourselves, and Donald’s emotional roller coaster is something we can all related to even if we don’t have children.

The second short, A Very Goofy Christmas, deals with an issue that I am having with my oldest niece right now: Is Santa real? It’s a moment that most parents or older adults in a family don’t look forward to, and Goofy, in the only way he can, attempts to convince Max that he is real, but always finds a way to fail. It is only until Max tries to cheer Goofy up that he truly understands what Christmas is about and begins to accept that Santa’s not real until — as only Disney could — the jolly fat man shows up at their house. It is a convenient and understandable ending to the story, but I thought they could have cut it off before that and still not ruin the magic for kids.

Obviously, Disney saved its star for last, as Mickey closed out the special with his short, Mickey and Minnie’s Gift Of The Magi. This one has the most adult subtext that I have seen in an animated Christmas special. It tells a very deep socioeconomic story, especially for something created in the late 90s. Every little detail shows that Mickey and Minnie are struggling to make ends meet; even Minnie’s house looks more run down than most other houses the pair live in. They’re struggle felt real and it’s a credit to the writers and animators that they were able to convey this to the audience. As I always say, it’s the little things in storytelling that count the most, and Disney nails it in this short.

For a Disney animated film, there are a lot of really good romantic moments even the ones that are surface level are well done. Donald and Daisy’s story in Donald Duck: Stuck On Christmas was good but achieved the bare minimum needed to show that they were in love. On the other hand, Mickey and Minnie’s story was full of small moments that displayed a deeper love and a real sense of sacrifice in order to make the other happy. It was pretty neat.

It’s an animated Christmas movie, so the Christmas-ness is out of control. Each short includes at least one song and some appeared multiple times (Donald’s story is inspired by Groundhog Day), and the special ends with all the characters signing together outside of a church. 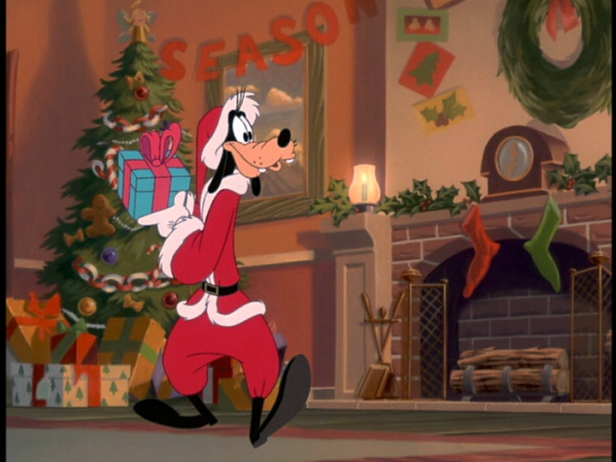 For an animated Christmas special, Mickey’s Once Upon A Christmas was well done and told its stories without treating its audience like children — even though that is who it’s marketed toward. The things that it tries to teach kids is a lot better than a simple, ‘ you better be good or you won’t get any presents’, while still keeping its message understandable for the younger audience but not insulting their parents’ intelligence.