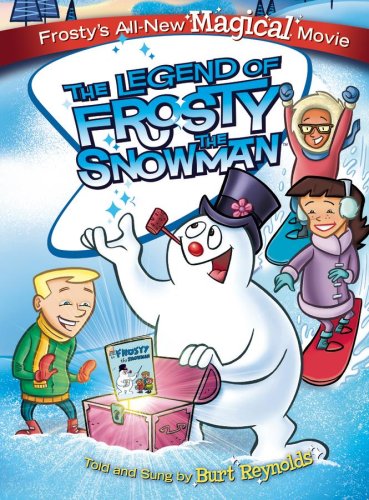 PLOT: Frosty the Snowman goes where he is needed most, and the town of Evergreen sure needs a visit.

The inherent problem with looking for Christmas specials to watch, especially animated ones, is that most people have seen them dozens of times and any review I offer will look like a hot take. That’s why when I found a “sequel” to Frosty the Snowman, it became an opportunity to see what a more modern version of the character looks like. Surprisingly, it is not awful and the animation is pretty good.

The Legend of Frosty the Snowman’s plot iss pretty much Footloose, and Frosty is Kevin Bacon. The town has banned imagination and everything is micro-managed to the smallest detail in a very military like style. For some reason, just like the folks in Footloose, everyone seems to go along with it and even the kids take pride in basically acting like robots. This is until Frosty’s hat arrives and throws the town off-kilter, and for a short time, everything feel way too close to our current reality. The only thing missing is a Chris Penn and Kevin Bacon awkward dance montage.

For the most part, the writing is on point and does a good job of telling the story without becoming too nonsensical. One of the more interesting moments is when they interweaves the original Frosty story into the narrative of this movie, even using an old looking comic book to help the main character put the pieces together. It was a nice nod to the original while not allowing the new story to be dependent on it.

As with most of these specials, it tries to straddle the line between its adolescence and pre-teen audience. Tommy Tinkerton and Sara Simple’s relationship is handled in a — pardon the pun — a very simple way that kids of any age would understand. There’s even the awkward moment when Tommy tries to talk to her, but fails miserably because he stammers on about pencils, and every parent in the room knows what that feels like. There’s also a weird side story where the “nerd” character, Walter, starts sounding like a possessive boyfriend when Frosty hangs out with other children; It’s slightly creepy.

Oddly enough, The Legend of Frosty the Snowman doesn’t have any blatant Christmas themes. It is one of those movies set in the winter so most people consider it a Christmas movie. The original is takes place a few days before the holiday, but outside of its connection to the original and the song, this version of the tale has little to nothing to do with Christmas.

Despite its lack of Christmas in the film, it is usually packaged with the original, so technically, it’s meant to be a Christmas movie. Either way, The Legend of Frosty the Snowman is a solid animation movie that isn’t harmed by it lack of holiday fanfare, but if you’re going to watch one, make sure it’s the 1969 classic TV special. 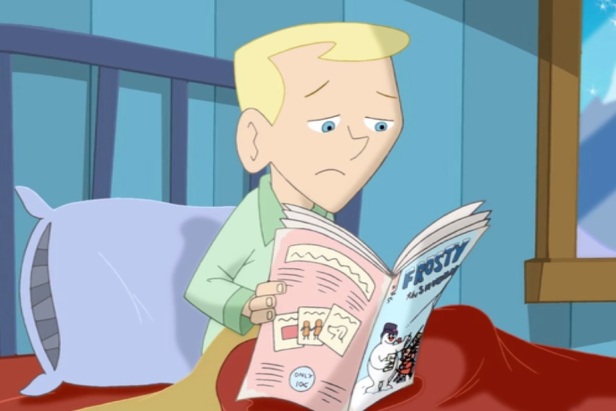