PLOT: Kibosh, supreme ruler of all ghosts, decrees that Casper must scare at least one person before Christmas Day so Casper visits Kriss, Massachusetts where he meets the Jollimore family and sets out to complete his mission.

Casper’s Haunted Christmas is the perfect follow-up to Abominable Christmas because it finds a way to intertwine Christmas into story rather than have it so happen to be that time of year. While it is still a money grab, there’s at least some attempt to make it a Christmas tale.

Outside of the story, Casper’s Haunted Christmas is a time capsule of bad animation, terrible sound design and it shows how far budget animation has come in 16 years. Casper is one of those long running character that attempted to update it appearance for modern times, but missed a lot more than it hit. The 1995 movie was a success, but this direct-to-video special feel like the animators went for the Beta-Max version of animation tools; it makes ReBoot look good.

The plot itself is very simple, as it should be with its intended audience, and that works to the advantage of the movie. It is easy to follow, and doesn’t get convoluted at any point and teaches lessons along the way about friendship and kindness without feeling ham-handed. In the film, Casper is tasked with scaring something before Christmas so he and his uncle travel to a small town in Massachusetts, but as per usual, instead of trying to frighten someone Casper befriend them. This time it is Holly Jollimore (wonder how long this was workshopped), who looks like she was animated to approximate what humans will look like in the future, and her Christmas obsessed parents. As Casper does, he solves his problem without compromising his morals, and teaches a lesson to everyone except his uncles, who suffer no real consequences for their actions.

This is where Casper gets really creepy because since we don’t know his exact age when he died, his attraction to teen and pre-teen girls is troubling at best. Through the first 99% of this movie I was happy to see that they weren’t going to introduce any romantic angle between Casper and Holly, but their final scene together involves mistletoe and well, you know the rest. The tale of friendship in this movie was strong enough that they didn’t need the kiss at the end, even if it was played for laughs. 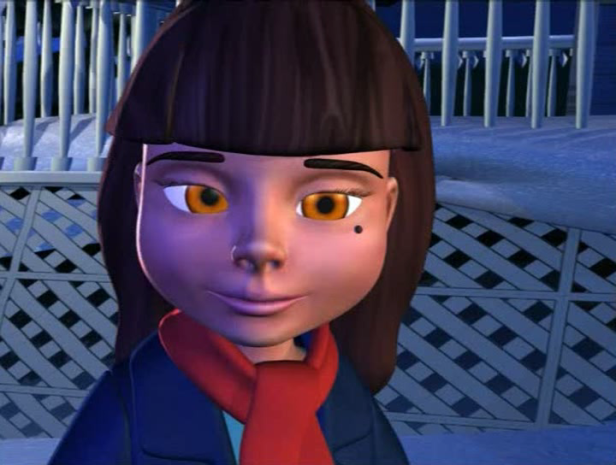 Look at that house in the photo below, the Jollimore’s really know how to overdo the front lawn decorations. There was a point at the beginning where I thought the writers were going to lean way too much into the Christmas obsessed parents thing, but it tapered off and it became more of a story about Holly than her parents. But they surely didn’t skimp on letting you know it’s Christmastime. The people who the Band Aid supergroup were signing about would no doubt know. 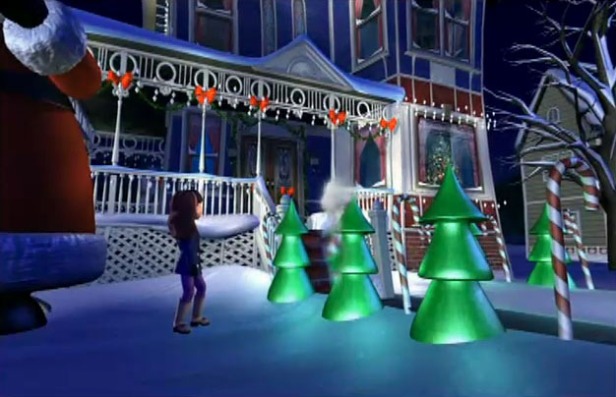 Despite its animation issues, Casper’s Haunted Christmas has a good enough narrative that it shouldn’t be completely dismissed, but it is really difficult to watch from a visual standpoint. An updated version with better animated humans would improve this movie significantly, and would probably better hold its young audience’s attention.