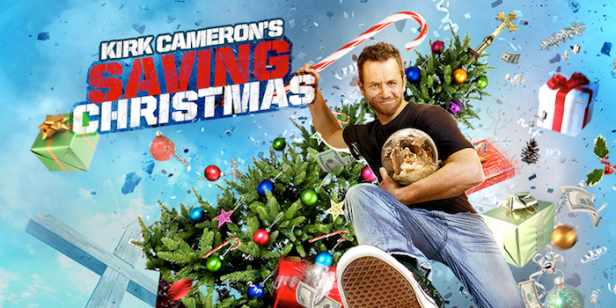 PLOT: Kirk is enjoying the annual Christmas party extravaganza thrown by his sister until he realizes he needs to help out Christian, his brother-in-law, who has a bad case of the bah-humbugs. Kirk’s fresh look at Christmas provides Christians the chance to see Christ is where He has always been: at the center of our Christmas celebrations and traditions.

Kirk Cameron’s Saving Christmas was both nothing like I expected and everything that I expected. I know that’s odd, but there was no action hero saving of Christmas by Kirk, yet there was a lot of Jesus. Like, so much Jesus. Even though the religious aspect was not forced into the narrative, it still felt like they could have made a few edits. In the end Saving Christmas isn’t Oscar worthy, it wasn’t the second coming of Glitter either.

The moment I knew this wasn’t going to be a movie about Kirk Cameron destroying an evil operation run by a group of secular heathens was when the movie began with a 4 minute monologue about people trying to destroy the Christmas season, and not a car chase with people in Krampus mask. Now, this could have very easily been a rant on forgetting the “reason for the season”, but Cameron takes it in a different direction and focuses on good intentioned Christians who feel that most of the extraneous things surrounding Christmas are trying to remove Jesus from the holiday; the so-called “War on Christmas”.

Most of the movie is Cameron explaining to his brother-in-law that a lot of the symbols of the holiday are actually connected back to Jesus and God. Whether you believe in it or not, the way he culls any doubts his brother-in-law has is really well done and not patronizing at all. If anyone is patronizing, it the brother-in-law which allows Cameron’s explanations to get through. It surprised me that they included the real world situations of the stories (Jesus born in a cave, St. Nicholas using violence to refute a heretic) and not the water-downed versions we hear growing up. It was refreshing to watch Cameron not insult my intelligence while telling a story.

The car section involving Cameron and his brother-in-law, which was the high point of the movie, was the only part that was watchable or even understandable. There a conspiracy theory rant by a character that has no payoff and seems like a weird inclusion since the rest of the movie tries it’s hardest to show that Christians are not crazy. Then, there is the hip-hop dancing scene at the end that really comes out of nowhere, which includes Cameron doing the worm (see @offthemarkthoughts for video). It felt like I started to trip on some bad acid when this scene started, and I still don’t what happened. It’s no wonder Candace Cameron Bure was nowhere near this movie.

It stars Kirk Cameron, so there gonna be lots of Jesus. I know it easy to make fun of the way Cameron showcases his religious beliefs, and I wouldn’t shy away from it, but as someone who went Catholic school for 12 years, I found the ways he explained aspects of the season to be reasonable and not insulting. This part of the movie is definitely a must watch for devout Christians because it shows that you can explain what you believe without sounding crazy or patronizing to the person you’re talking to. 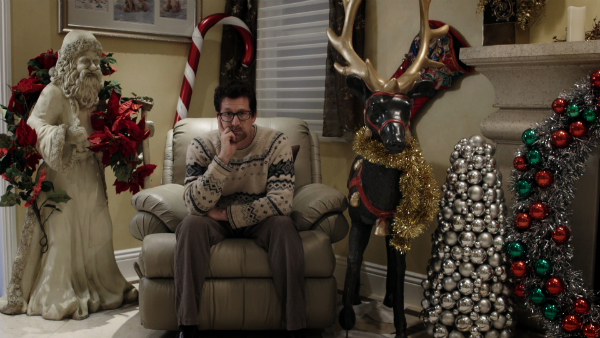 Reason For The Season Score: 10 out of 5

The entire score for the movie is various instrumental Christmas songs, and they even added some modern remixes. The house is decorated exactly how you would expect mother who loves Christmas to do it Huge tree, giant candy canes, and lots of lights. No matter how you define Chrismas-ness, there’s a lot of it in this movie 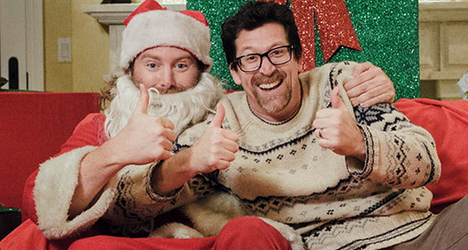 The most positive thing I can about Kirk Cameron’s Saving Christmas is that it was in focus. All joking aside, it is not a very good film, but it is surprising in its content. It felt more like an educational film than a movie with a narrative, and you could tell it was shot quickly and on a low-budget. It’s not as anti-mainstream as I was expecting, but that is actually a good thing. Your “enjoyment” of the movie will depend on what you believe in faith-wise. 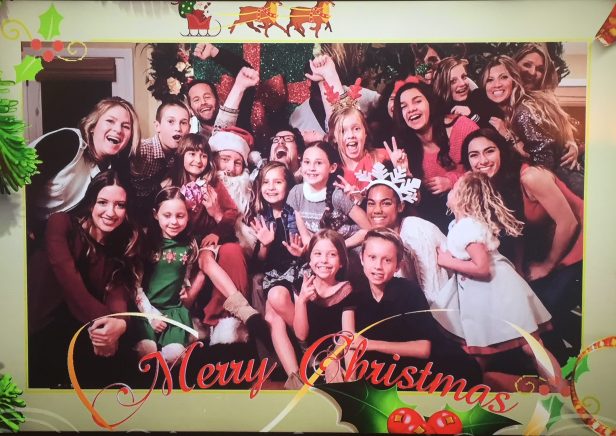