Well, here it is: my top 10 films of the year 2016. I’ll admit that there are A LOT of movies that I have yet to see that could impact this list (The Nice Guys, Moonlight, La La Land, etc.), but I can’t wait any longer to put this list out.

On the whole, I can’t help but just feel overwhelmed by the crop of films that I saw in 2016. While I wound up pretty happy where this list finished, I had trouble coming up with 10 films that I truly enjoyed and wasn’t slightly disappointed by. There were a ton of movies that I just sort of liked, but didn’t really have a feeling of it past that. Here’s to 2017 and hopes for a much more impactful slate of movies.

It may sound weird, but I’m a sucker for a John Goodman performance, and I love John Goodman in this movie. This is one of the most tense films of the year, and all of the three leads put together quality performances; but it’s Goodman that really comes through as the slightly crazy, but (spoilers) not completely crazy man that’s keeping everyone in this bunker. I love small movies like this; the movie is, by no means, flashy, but it is able to achieve so much while doing so little.

I always try and make room for a documentary in my top 10 if I find one deserving of a place, and this year is the little gem known as Tickled, a documentary that is, on the surface, about the world of competitive tickling competitions. It’s about as weird as it sounds, and it’s also a fascinating dive into a world that you wouldn’t even think exists.

New Zealand journalist David Farrier stumbles upon a video of competitive tickling, and when he reaches out to the company for more information, he receives pushback in the form of heinously homophobic emails from the company’s PR rep. So begins an investigation that spans a few decades, going all the way back to the early days of the Internet, and a few countries. What he unpacks is an unsettling world of privilege and sadism, and a pretty memorable little documentary.

If Disney is going to continue with their mission to make live-action adaptations of their entire animation back catalog, they could do a lot worse than The Jungle Book. It probably helps that I don’t really remember much from the original animated film, as this seems to be a very faithful adaptation to it. Regardless, this is the first entry on this list that showcases how great of a year Disney wound up having, as you’ll see a number of their films show up across all of their properties.

Director Jon Favreau has an amazing ability to create family-friendly escapist films, going all the way back to his film, Elf, which has found its way into heavy rotation in my house come Christmas time. Throw in two Iron Man movies, Chef, the criminally forgotten Zathura, and even Cowboys & Aliens, and the former star of Swingers has really etched out a strong director reel in the past decade or so.

The CG is excellent, most of the voice work is top-notch, and there are genuinely tense moments throughout. For generations that grew up on the animated film, this probably seems unnecessary, but for a newer generation, it’s probably appropriate.

7. Rogue One: A Star Wars Story 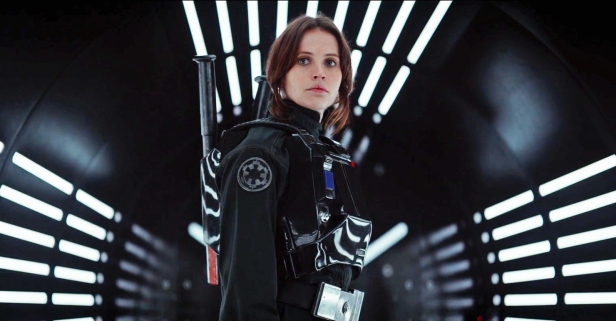 This is not a perfect film, but goddamn if I didn’t leave the theater completely satisfied. Rogue One: A Star Wars Story is a tale of two halves. The first half is a bit messy; we find ourselves in places that wind up irrelevant to the plot in order for tiny little bits of progression that could have been achieved much simpler. We meet characters that do not factor into the grand scheme of things (and waste a lot of time doing so), but it doesn’t matter. The final battle scene is easily the best battle scene in the history of the Star Wars franchise, and it completely makes up for anything bad I have to say about the beginning.

The film is the rare case of a film justifying itself by its ends. People will argue that this movie is unnecessary; we know how it turns out, but the rewards for taking the journey are there. This is a war movie in the Star Wars Universe and I love it. For me, right now, there is no such thing as too much Star Wars.

There isn’t a single movie of 2016 that I’ve seen that elicited more cringes in me than Green Room, and I mean that in a good way. It’s a visceral film and one that takes an unflinching look at the violence it inflicts on its characters and its audience.

There is an odd feeling while watching this movie, given the fact that the lead, Anton Yelchin died tragically shortly after its release. This unintended viewing experience, coupled with the fact that the movie is as violent as it is can make it all a little unsettling, but it doesn’t take away from the fact that the film is chilling, tension-filled, but wholly satisfying. Fantastic performances and direction elevate this film from what could be pure exploitation to something more.

We’ll hopefully be back later in the week to finish out the rest of the list. As of this writing, I have yet to see any of the best picture nominations, so don’t expect to see any of those on this list. It’s one of the reasons this list has come out so late; I tried to squeeze in a few, but alas, we need to move on from 2016 at this point.