Here’s the final 5 films that make up my top 10 of 2016. You’ll see a wide variety of films here: superhero movies, horror films, indies, musicals, and animated films. I’m a complicated person, what can I say?  If you missed it, you can read the first half of the list HERE. 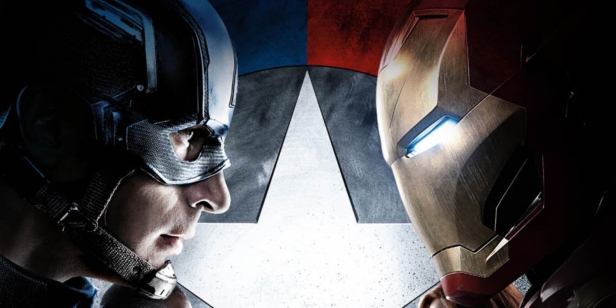 When it comes to superhero movies, I kind of ebb and flow with my feelings towards them. When one doesn’t hit me quite right (The Avengers: Age of Ultron), it can really put me into a deep superhero fatigue, but when one hits right, like Captain America: Civil War, it can really get me back into the cinematic universe.

I have never read Civil War, the source material that this film is sort of based upon, but I was well aware of it before this movie came out. While there are some discrepancies between the two, I love what they did to balance their Marvel Cinematic Universe while juggling the real-world implications that come with the business side of Hollywood. I was originally worried that they wouldn’t be able to create as epic a scope as the story would deserve, but they did an excellent job at conveying the grand scale of it all.

This film brought two new characters into the mix, and they both hit home runs. Chadwick Boseman is a fantastic Black Panther, and he would have been the best thing about this film, if it weren’t for the new Spider-man. I’ve been critical of Sony’s handling of Spidey (I’m not the only one), but in Marvel’s hands (in some sort of rental situation), the new Peter Parker thrives. He’s funny, energetic, and even has a Queens accent. He sold me on his performance immediately.

Those characters are great, but the centerpiece of this film is the widening gap between Steve Rogers and Tony Stark. The end of this film is some of the finest work Marvel has done. It’s not an aerial dogfight with robots or metallic looking aliens; it’s just two (sometimes three) dudes beating the hell out of each other and I couldn’t ask for more.

Listen to our Captain America: Civil War Spoiler Cast to hear more about our thoughts!

In a year of strong animated films, Zootopia, to me, stood out above the rest. Beautiful animation, great voice work, and a profound subtext makes this one of the strongest showings from Disney Animated Studios in what has been an exceptional decade.

Zootopia may look cutesy on the surface, with its anthropomorphic animals acting like people, but what we have here is not only a fantastic buddy cop film, but also one that hits on major themes like prejudice that rings true in the current political climate. But for the kids, yes, this film does work on a superficial level; it’s pretty, it’s funny, and it’s just such a fun movie to watch. Jason Bateman and Ginnifer Goodwin give great voice performances for this one, as well as some strong supporting performances by Idris Elba, Jenny Slate, and J.K. Simmons.

The Witch takes place shortly after a family is kicked out of their puritanical settlement for being too radical. They set off to find a home of their own, and wind up laying claim to a small plot of land just off the woods. While it seems like a fresh start for the family, nothing goes right from the start. The crops aren’t growing the way the father hoped, the kids are acting crazy, hanging out with the family goat, and oh yeah, someone or something abducts the family’s young infant.

The Witch feels like a different movie than any horror movie that usually makes its way to cinemas. It feels more like The Shining than say The Conjuring, as a lot of the horror and the drama rely on the family dynamic, as the loss of the youngest child puts a chasm between each member of the family. The film features fantastic performances from the entire cast, but special mention has to go to young actress Anya Taylor-Joy, who plays Thomasin, the eldest child of the family. She has to do a lot of the heavy lifting in the movie and she delivers an incredibly strong performance, especially for someone in her first leading role.

I spent a long time writing this list trying to find a reason to make Swiss Army Man the top film on this list. I loved Swiss Army Man and I wrote about it last summer, so I’m not going to go into too much detail here. This is one of the most original films that have come out in… ever? I promise you, you have never seen anything quite like this. A talking corpse that can be used as a jet ski with his farts, an all acapella soundtrack, and everything else that occurs in the runtime are so original that it makes Swiss Army Man such a wonderful experience. Go check it out. (Note: The original review had me give this film an 8.5/10. At this point, I’d probably give it a 9/10). 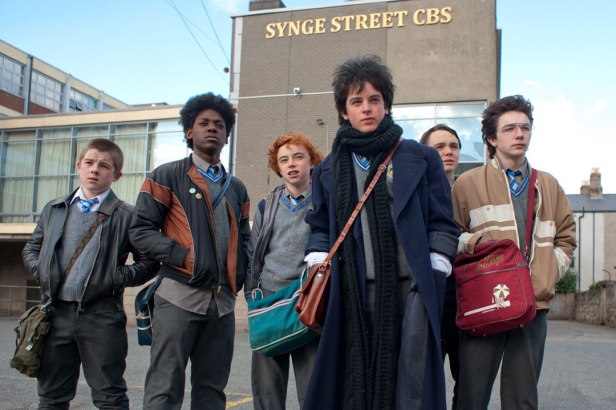 Goddamn, did I love Sing Street. I don’t want to sound like a cheesy reviewer that’s looking to get a quote on a poster, but this is the feel-good movie of the year. It has a relatable story, some wonderful music, and a likable cast. It’s hard not to fall in love with Sing Street.

I love what John Carney does with music. Going back to Once, he has an innate ability to break down music and get right to the heart of what it all means. With Once, music was the bonding factor that sparked a romance between two musicians. With Sing Street, music is the driving force of the main character finding his identity. Whether he’s miming Duran Duran or copying The Cure, main character Conor wears his influences on his sleeve and it’s an interesting parallel the film draws between trying to find an identity for the band and trying to find an identity as a teen.

Sing Street owes a lot to The Commitments, and it doesn’t shy away from the similarities, even hiring Maria Doyle Kennedy, who was also in The Commitments. While you could say that this film isn’t wholly original because of this, it doesn’t make it any less enjoyable. It’s great to watch the kids progress in their music, grow as people, and put on one hell of a show.  And I dare you to not listen to “Drive It Like You Stole It” on repeat.

That’s a wrap on my top 10 films of 2016. Like I said previously, I haven’t seen a lot of movies that could affect this list, but it stands currently.