So unless you’re living under a rock or you decided that you had better things to do for four hours on a Sunday night, you may have missed the Steve Harvey-type blunder that happened during the Oscars and the most important award of the night, the Best Picture Award. If you missed it, Warren Beatty had the wrong envelope in his hand, there was some confusion, and Faye Dunaway blurted out La La Land. The only problem was that Moonlight actually won.

If you scan the Internet, you can probably find some crazy conspiracies about how it’s all rigged and that this proves that this was a false flag or something, so rather than rise above the bullshit, in this time of “fake news” and alternative facts, I thought I’d embrace it. So here’s 5 of My Best Theories For the Best Picture SNAFU.

So much like white people, amiright? First, it was rock and roll that they stole from black artists. Then, they took countless fashion and hairstyles. Us whites even steal the best words from black people, even before we know what they actually mean. Skeet skeet skeet, know what I’m saying? And then, La La Land stole jazz. Now, the producers are literally just trying to misappropriate an award that black people won and claim it as their own. Fucking white people.

4. That Warren Beatty is Such a Prankster 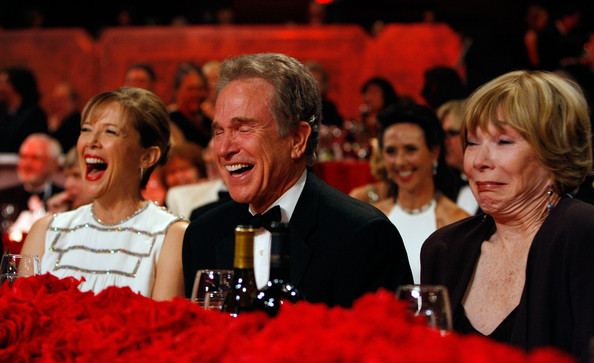 Did you know that Dirty Grandpa is based on a road trip that Warren Beatty took with his grandson Trevor? Well, it’s not true. Warren Beatty probably doesn’t have a grandson named Trevor, but what if Warren Beatty was just the ultimate prankster grandpa and he took this opportunity to pull the greatest coup de gras against longtime friend, Faye Dunaway. I mean, look back at that moment. Beatty knows something’s not right, but he lets Faye make a fool of her on national television. You think George Clooney is the only prankster in Hollywood? Pfft. Beatty was doing this back when he was banging George’s aunt Rosemary. I assume.

This theory is not my own, but a friend of mine from work laid this one out. Essentially, Matt Damon has been slow-playing this whole fake feud with Jimmy Kimmel for the ultimate revenge. As Jimmy took cheap shots at Damon all night, from making fun of We Bought a Zoo to trying to have the orchestra play him off, it would be crazy to think that Matt Damon got the ultimate revenge by screwing up the finale of Kimmel’s first go-round as host. Now, you can’t possibly blame Jimmy for what wound up happening, but he will now forever be tied to that one time La La Land producers got halfway through their speech before they were told to sit down.

Isn’t it convenient that we basically got two Best Picture winning movies in the same year that Marty McFly showed up on stage climbing out of a Deloreon? Now, maybe I’ve just been reading a lot of DC Comics recently, but I know a thing or two about alternate universes and this year’s Oscars seem to be where we came closest to making contact with a universe exactly like our own, only that La La Land won Best Picture. Maybe there are other Oscar-specific alternate universes. Like maybe one where Saving Private Ryan beat Shakespeare in Love or another where Suicide Squad is actually good, but it didn’t win an Oscar.

Guys, it was just a big, old-fashion, zany mix-up. It’s not that farfetched is it? Play this scenario out: Emma Stone (excuse me: Academy Award Winner Emma Stone) comes off the stage after winning her award. Warren Beatty is there and he congratulates her. They both put down the envelopes on the same table, they hug, and then they pick up the WRONG envelopes. Oops! Classic mix-up! We’ve seen a similar scenario in the classic Joe Pesci film Eight Heads in a Duffel Bag. At least I’m pretty sure that’s what that movie is about. An alternate version of this theory is that this all played out, but Warren Beatty totally banged Emma Stone instead of just a hug. I’m having trouble deciding what’s more likely. Beatty gets around, that’s all I’m saying.

What do you think is the most realistic tinfoil hat theory? Let us know in the comments or reach out on Facebook or Twitter.

3 thoughts on “5 For the Oscars: 5 of My Best Theories For The Best Picture SNAFU”