A week ago, I got pulled over for speeding. I was doing 62 mph in a 50 mph zone. The officer asked me if I had any legally acceptable reason for speeding; I’m assuming this means something like I’m going to the hospital because my wife is in labor or the Joker has my ex-girlfriend tied up with a whole bunch of explosives and I’m trying to save her, while a team of cops are heading to a warehouse on the other side of town where her boyfriend district attorney is in the same predicament. Really, I was just trying to catch my morning bus and I was not paying attention to how fast I was going. It was a pleasant exchange that ended without getting a ticket, even though I probably deserved one.

I tell this anecdote for two reasons. One: the first act of Get Out features an interaction with a state trooper that deteriorates into a contentious exchange after our main character and girlfriend hit a deer. Two: never during my interaction with the police officer did the thought cross my mind that I would be arrested, beaten, or worse, killed. I’m pretty sure that’s the very basic idea of white privilege, if I have to whitesplain it to my white friends. So while I may never be in the basic situation that our main character in Get Out finds himself in, the film and the writing of Jordan Peele makes the situation relatable, gripping, and entertaining, while at the same time delivers a thought-provoking experience. To this reviewer, it will be tough for Get Out to be unseated from the top five at year’s end.

Jordan Peele described his inspiration for the film as a cross between The Stepford Wives, Rosemary’s Baby, and Guess Who’s Coming to Dinner, and the comparisons are appropriate. Get Out shows what happens when Chris, a young African American photographer, heads to Connecticut for the weekend to meet his girlfriend’s parents for the first time. The always-awkward situation of meeting your significant other’s parents is made even worse by the fact that Rose, Chris’s girlfriend, has never brought home someone that isn’t white nor has she disclosed the fact that Chris is black. Once there, Rose’s parents seem more than accommodating, to a detrimental extent. Through their attempts to make Chris feel welcome, it comes off as a façade, and the family’s true feelings start to show in cracks one would call “micro-aggressions”. As Chris continues to meet the denizens of the very white Connecticut neighborhood, it’s obvious that nothing is exactly what it seems.

It’s easy to paint racism at its most obvious extreme; white people prefer it. Diminishing “true racism” to only exist in the trailer parks where the Confederate flag flies and the craftiest of beers is Bud Light Lime, is satisfying to both the right and left alike. It allows hashtags like #NotAllWhites to flourish. It allows progressive-thinkers to pat themselves on the back for voting for Barack Obama, maybe even twice. “I can’t possibly be racist. I have a black friend.” It’s that sort of thinking that lets the preposterous idea that we live in a post-racism society, what ever that means, flourish.

The racism of Get Out is subtler. It’s a fist bump to someone you just met, when you’ve shaken hands with everyone else. It’s using the word ‘thug’ to describe black athletes that are outspoken, yet using any other word to describe Grayson Allen. It’s approaching a conversation using slang that you don’t usually use in order to appease your ethnic counterpart. It’s using the words “bad hombres” to describe violent illegal immigrants, when a non-ethnic pronoun would have sufficed. In a nutshell, the racism in Get Out is the racism white people tend to overlook because it’s not dressed in a white hood. 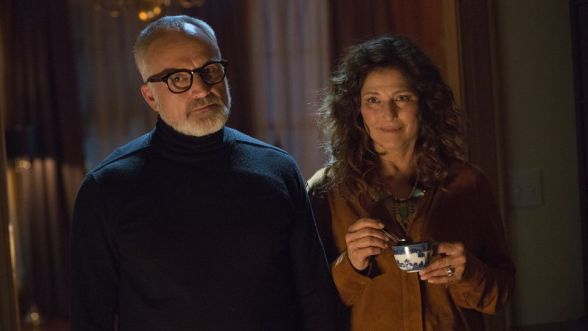 While the racism in the film is subtle, Get Out is nothing if not hyperbolic. The film takes on an absurdist view of the issue of racism. As Chris starts to fall deeper and deeper into the plot around him, the characters he encounters become more unhinged, almost to Twilight Zone-esque levels. It’s this absurdity that makes the tough pill to swallow more palatable. Get Out manages to be a message film wrapped in a horror film, but manages to tackle it entertainingly enough to warrant additional viewings. This isn’t a history lesson like 12 Years a Slave; it’s an engaging thriller that even makes you rethink how you treat people.

The entire cast is exceptional, but the film hangs on the performance of Daniel Kaluuya, our protagonist, and he knocks it out of the park. His turn is a charismatic one and allows the audience to put themselves in his shoes, even if his experience is one that you can relate to personally. Regardless of your skin color, you’re able to empathize with him and his fucked-up situation.

Get Out is an exciting thriller that has something more to say. It’s an important tackling of a subject that most other films that deal with the topic tend to leave in the past. This isn’t a film that wants to highlight the obvious racial tensions of the enslavement of an entire people, it goes more granular and asks its viewer to acknowledge some harsher truths of the world we currently live. 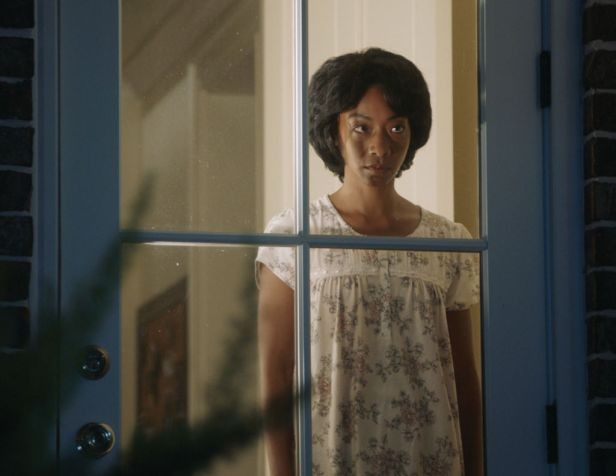 One thought on “#NotAllWhites – Get Out Review”