The newest adventure of Captain Jack Sparrow, entitled Pirates of the Caribbean: Dead Men Tell No Tales is set to release this week whether you want it to or not. I can’t say I have ever had a bad time watching these movies, but the diminishing returns are obvious; plus, I still haven’t seen the last one and I don’t really have any plans to rectify that.

Johnny Depp is a frustrating actor and probably a pretty big asshole. I mean, the dude wraps himself up in scarves and hats as if he’s cosplaying as Steven Tyler’s mic stand. Plus, ever so often, he’ll turn in a performance that will make you think he’s a talented actor, then turn around and make Public Enemies.

The fact is this: Johnny Depp is a gimmick; very much in the same way that Tim Burton is a director that relies on gimmicks. Depp did something special with the first Pirates of the Caribbean film and has since tried to recreate it. Most of the time, he’s putting in pretty shallow performances, but he’s wearing a wig or some sort of face makeup and it kind of distracts you for a little while.

By the time Johnny Depp starred in What’s Eating Gilbert Grape, he had already starred in a hit television show, a John Waters movie, and got killed by Freddy Krueger, but this is his first meaty dramatic role that people really noticed. What’s Eating Gilbert Grape isn’t exactly the best movie, but it tells a heartfelt story, one that garnered co-star Leonardo DiCaprio his first Academy Award nomination.  Depp is pretty understated here as the titular Gilbert Grape, as he’s a complicated character with a complicated set of responsibilities.

It’s sort of ironic that Ed Wood, the story of a hapless director pretending to know what he’s doing and getting by on sheer exuberance, is one of the best works by a director and an actor. Ed Wood is hardly my favorite movie by either Johnny Depp or Tim Burton, but it is a solid showing by both of them.

Ed Wood tells the tale of infamous hack director of low budget fare such as Glen or Glenda and Plan 9 From Outer Space. It seems to be a lost film from the 1990s, but it really is one of the finest pieces of work from two prolific talents. Ed Wood himself was a bit of an oddball, and a full-time dreamer and it comes through in Depp’s performance. He’s wide-eyed and optimistic, even when he probably shouldn’t be. 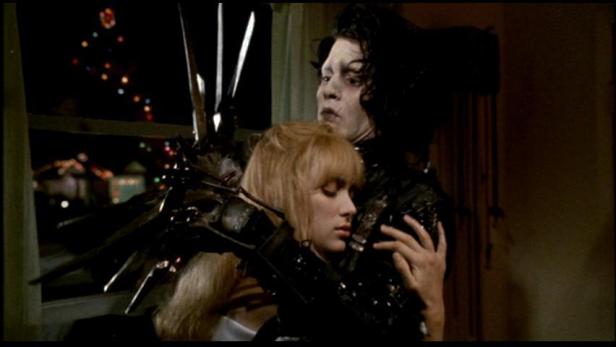 The first time Johnny Depp channeled Michael Jackson was in Tim Burton’s masterpiece Edward Scissorhands. At its core, this is a remake of Frankenstein, but it’s really much more than that. Edward Scissorhands is one of the most enduring fantasy films of its generation and one of the most heartbreaking films of the era. At the heart of it, this film relies on Johnny Depp’s subdued performance.

This film was in the heyday of the Tim Burton-Johnny Depp partnership, and probably the main reason we have to sit through garbage like Dark Shadows and Helena Bonham Carter in general. All of the films that were to follow in this team-up pale in comparison to the early collaborations and Edward Scissorhands is the masterpiece that these two have been chasing ever since.

2. Pirates of the Caribbean: The Curse of the Black Pearl 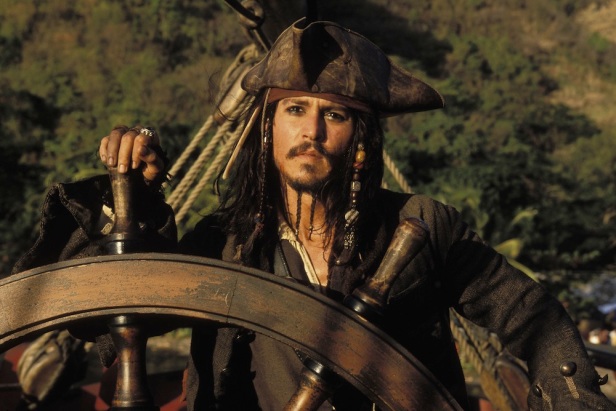 The original Pirates of the Caribbean film was an anomaly. Historically, movies about pirates were bad box office fodder. Throw in the fact that the whole premise was based on a kiddie ride with a very repetitive song that would barely constitute a plot, it didn’t seem like there was enough there for a film. Enter Pirates of the Caribbean: The Curse of the Black Pearl, propped up by an attractive young cast in Orlando Bloom and Keira Knightley, a veteran actor playing the villain (Geoffrey Rush), and the scenery-chewing first go-round for Captain Jack Sparrow.

Pirates of the Caribbean: The Curse of the Black Pearl is a fun movie, and admittedly, I’ve always found myself having fun with the first three Pirates movies. Pirates nestled itself right in between the box office domination of The Lord of the Rings trilogy and the boom of superhero films that would come in the next decade. Most of this fun can be attributed to Depp’s performance as Sparrow, the swashbuckling pirate and captain of the Black Pearl. It’s a great performance and exemplifies how much Johnny Depp puts into a character. He’s completely Jack Sparrow, to the point where it just seems like he’s Sparrow in his real life. It seems to have gone to his head, as all his performances after this film seem to be trying to capture the same lightning bolt in similar bottles. But he did get an Oscar Nomination out of it. Which is weird at this point.

1. Fear and Loathing in Las Vegas

This is easily my favorite Johnny Depp performance and one of the earliest inclinations that Depp could really throw himself into a role. After watching interviews of him talking about the role and his relationship with Hunter S. Thompson, it’s clear that this was a passion project for him and one that you can see he cared deeply for.

Hunter S. Thompson is a larger than life character in real life and his Fear and Loathing in Las Vegas persona, Raoul Duke, was Thompson to an exponential degree. It’s a manic movie, and Depp’s performance as Thompson’s alter ego is a fantastic one. Short of turning Thompson’s opus into a animated version of Ralph Steadman’s drawings, this movie is as close as you can get to reading the book. But you should read the book, too.

Did we miss any? Which Johnny Depp performance is your favorite?