In case you haven’t heard the entire hubbub about an all-female screening or haven’t checked out RottenTomatoes in a couple of weeks, Wonder Woman is finally coming to theaters this weekend. It’s been a long wait for one of DC’s biggest properties, so naturally, people are excited. To help prep you for a weekend screening, here are 5 Things You May Not Know About Wonder Woman.

5. Her Origin Story Has Been Varied 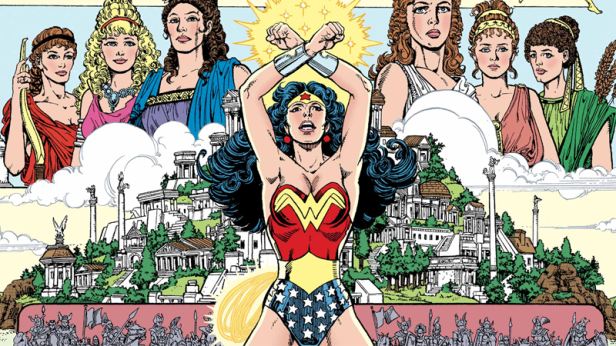 Diana Prince may be one of the most popular characters in comic books, but unlike her male counterparts Bruce Wayne and Clark Kent, she doesn’t exactly have a world-famous backstory; one of the reasons for that is that it hasn’t remained consistent throughout her existence.

She’s always been Princess Diana of Themyscira, but her parentage has changed over time. Originally, she was sculpted from clay by Queen Hippolyta and given life by Aphrodite. Recently, however, Diana has received demigod status, being the direct progeny of Zeus.

4. The Lasso of Truth Has Real World Application

Not literally, of course, but it all goes back to the side gig of Wonder Woman creator, Charles Moulton. You see, Moulton wasn’t just a comic book writer; he was a psychologist and an inventor, and his biggest claim to fame in the inventing world is the polygraph test. More specifically, he was the creator of the systolic blood pressure test, which is one of the components of the modern day polygraph test.

Charles Moulton not only brought his invention into the world of Wonder Woman, but also his politics and his views on sexuality. Suffice it to say, Moulton was an interesting character himself, as he not only had a wife, he also had a live-in girlfriend, both of which helped inspire the character of Diana Prince.

He was also very interested in bondage, and the early adventures of Wonder Woman showcase that interest, in not-so-subtle ways. More often than not, Golden Age Wonder Woman would find herself in precarious situations, usually captured and tied up in one form or another. She actually would lose all her powers if her bracelets were bound together by a man.

2. She’s Been Able to Fly on Occasion

Like most Golden Age superheroes, the extent of Wonder Woman’s powers has varied over the years. She started off with super strength akin to the Golden Age Superman and was able to bench press up to 15,000 pounds. She was not, however, able to fly, and it stayed that way throughout the Golden Age.

In the Silver Age, Diana was given the ability to glide on air currents in 1958 up until the DC re-launch in 1985, often referred to as Post-Crisis. From then on, even in the subsequent re-launches and retcons, Diana has either been given the power of flight at birth or has been gifted flight by the various gods, depending on her origin story.

1. She Was the Justice Society’s Secretary

Yes, despite the original intent and progressive views of Diana Prince’s creator, the history of Wonder Woman is still somewhat shaped by gender politics. In a precursor team to what is now known as the Justice League, the Justice Society of America relegated one of their most powerful members to clerical work. Oftentimes, she’d stay behind as the men would go and fight crime.

This was back in the 1940s, so it should come as no surprise that the gender roles were steadfast, even though World War II would be the catalyst for huge strides towards gender equality. Nowadays, Wonder Woman occupies one-third of the DC Trinity, with Batman and Superman filling out the rest, so it’s hard to imagine that in the early days of DC superhero teams, Wonder Woman was dictating for the likes of Hawkman, Spectre, and Doctor Fate. You’ve come along way, baby.

Are you checking out Wonder Woman this weekend? Have you already seen it? Let us know what you think by leaving a comment.